Tourist Gets Scolded After Climbing Pyramid In Mexico – What Are The Rules For Visiting An Ancient Site?

Earlier this week, a tourist was scolded and physically attacked by an angry crowd after climbing the historical pyramid of Chichen Itza in Mexico. After the incident went viral on TikTok, numerous users began wondering why her behavior was so strongly reprimanded and, most importantly: what exactly are the rules for visiting an ancient site?

Chichen Itza is a large archaeological zone in the Yucatan Peninsula of Mexico, comprising the ruins of a 1,272-year-old city dotted with Late Classic architectural gems. Its most iconic symbol, the Temple of Kukulcan, is a traditional Mayan step pyramid where sacrifices and other pre-Columbian religious practices were carried out.

Purely out of respect and due to local conservation efforts, tourists must refrain from entering areas closed for visitation or face the consequences:

If you follow all the latest Cancun and Riviera Maya news closely on our sister website The Cancun Sun, you know by now a tourist identified as Abigail Villalobos made headlines after reaching the very top of the Temple of Kukulcan, a sacred Mayan pyramid that’s part of the Chichen Itza complex, which dates back hundreds of years.

Visiting Chichen Itza as a whole, you will find several signs indicating which paths and attractions are open to tourists and which are not. The pyramid itself is usually cordoned off to remind day-trippers climbing is not permitted, but this was no impediment for Mrs. Villalobos, who proceeded to climb and ungraciously dance atop the monument:

♬ Shame On You – Ellie

Making her way down, she was greeted by an angry crowd of onlookers, who started booing, pulling her hair, and chanting ‘jail, jail, jail‘, or even ‘sacrifice‘. Mrs. Villalobos was escorted away from the mob by local staff and has been issued a fine of US $250.00, or the equivalent of 5,000 Mexican pesos, for breaking visitor rules.

Unlike other pyramids in Mexico, most notably the temples in Teotihuacan, the sacrificial chambers of Kukulcan remain off-limits since 2006, when an elderly tourist from California fell down the UNESCO-listed building and tragically died. Nowadays, ticket-holders can only walk around the pyramids but not ascend the steep steps due to security concerns.

What Are The Rules For Visiting A Historical Site?

These may vary depending on a site’s state of preservation, but there is an ‘Etiquette’ that should be followed when touring ancient sites. The Society for American Archaeology lists a few of them, and although they refer specifically to monuments found in the United States, they may also apply to Chichen Itza, and any other ruins of historical relevance in Mexico:

Other additional rules that are exclusive to Chichen Itza include, obviously, not scaling the temples. This may be permitted across other archaeological zones in Mexico, but for the sake of this specific Mayan city’s conservation, as well as due to safety, some monuments must be observed from afar – and security tends to be very strict, as evidenced above.

Additionally, camera tripods are not permitted, irrespective of size, as they are considered ‘professional equipment’. In order to bring tripods and/or video-cameras to the site, visitors must arrange a permit in advance. Bringing your mobile phone, tablets, and other smaller devices with the sole purpose of taking pictures is allowed.

Fortunately, most of Chichen Itza can be explored by foreigners, albeit with limitations as to which temples can be approached. Conquering the summit of the pyramid is no longer possible, but Americans are free to closely examine other landmark buildings, such as the Akab Dzib, with a perfectly preserved, well-cut stone facade.

The Nun’s House is another inviting attraction, described as ‘one of the most imposing of all the architectural groups in Chichen Itza‘. The main section is about 33 feet high, featuring an elaborate staircase that, in primeval times, connected the upper and lower temples. The exterior is richly decorated in the Chenes style, with the usual ‘monster mouths’ framing the entrance.

Like most Mayan cities, Chichen Itza was built in close proximity to cenotes, a complex system of submerged caves the Mayans believed to be the gateway to the underworld. Unlike the Kukulcan Temple, tourists can both access and swim in them. As you can see, there are a lot of ways to soak up a place’s History and have an amazing time without being disrespectful.

If you’re flying to the Mexican Caribbean this winter, discover our top 3 historical Mayan ruins for an incredible day-trip from Cancun. 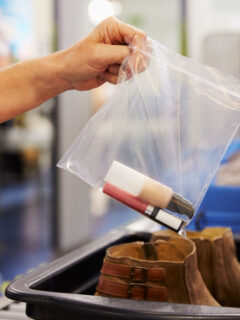 Previous
The U.K. Is Removing Its Restrictions For 100ml Liquids In Hand Luggage: Will U.S. Be Next? 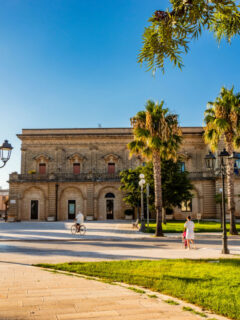 Next
Another Italian Town Is Offering Money To Move There, But What’s The Catch?
Click here to cancel reply.

Tourists are warned several times, and there is signage to not climb. These idiots deserved everything they got plus more. I live here in Mx and have seen too much of this narcissistic, unbelievable behavior.

Climbing at Teotihuacan is also banned,and I doubt that is gojng to change.