Disneyland tickets are higher than ever as the resort begins raising its prices, with some ticket options jumping as much as 11.8%. The prices implemented this week for Disneyland and its neighboring California Adventure Park didn’t come as a surprise to fans since Disney has been known for yearly price changes. This updated ticketing also comes only two months after the cost for annual passes was raised by 16%.

One-day ticket prices have jumped between 6-10% depending on which tier, and now range from $104 to $179. A new Tier 0 has been introduced, taking the original Tier 1 ticket price of $104, and will be available on less crowded days. Disney’s tiered system has been designed to correlate with guest demand, with the higher tiers giving you more flexibility to pick the days you want and the lower tiers being few and far between.

“Disneyland Resort is always planning the next new idea, attraction, and story,” a Disneyland official said in a statement. “Our tiered ticketing structure offers guests different options to experience that magic throughout the year, including our lowest price point – which hasn’t changed since 2019.”

The 2-day ticket price saw the biggest price increase going from $255 to $285, and the new Genie+ service jumped from $20 to $25 with pre-booking, which allows visitors to book rides at certain times on the most popular attractions and includes the PhotoPass service for unlimited digital downloads. Additional pricing might hit when purchasing tickets the day of, dependent on peak periods.

If you’re getting to the theme parks by car, preferred parking has gone from $45 to $50, and valet parking at the hotels from $50 to $65, with regular self-parking seeing no changes to its $30 fee currently.

Single-Day Park Tickets for One Park

Single-Day Park Hoppers for One Park

Disney has announced several new attractions at the parks coming next year to coincide with Walt Disney’s Co. 100th anniversary, named the Disney100. Some of the special offerings include Mickey and Minnie’s Runaway Railway, opening January 27 at Disneyland, which is the first ride to star Mickey and his friends and takes guests on a runaway railway through a cartoon universe.

Both Disneyland and Disney California Adventure Park will be launching new nighttime shows in January—World of Color – One, a light show that celebrates “storytelling” over the past 100 years at California Adventure Park; and Wonderous Journeys, a new fireworks show at Disneyland that will nod to all 60 Disney animation films to date. The ‘Magic Happens” parade will also return in Spring 2023 after its pandemic cancellation.

The park will be decorated with platinum-infused décor throughout, with the original Sleeping Beauty Castle getting a special makeover with elegant platinum banners and bunting, complimented by two majestic water fountains on either side. Popular characters will also be dressed in new looks, with platinum outfits reflecting the optimism and creativity of Disney over the 100 years.

For those who can’t make it to California to celebrate, Disney has announced “Disney100: The Exhibition,” which will be opening on February 18, 2023, at The Franklin Institute in Philadelphia, Pennsylvania. The North American tour will then head to Chicago, Illinois, and Kansas City, Missouri, while the international tour will kick off in Munich, Germany, on April 18. Attendees will be able to explore their favorite stories through immersive technology across the 15,000-square-foot exhibit. More than 250 of Disney’s “Crown Jewels” will be shown, which include rarely seen original artworks and artifacts, historic costumes and props, and more. 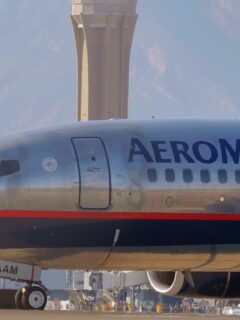 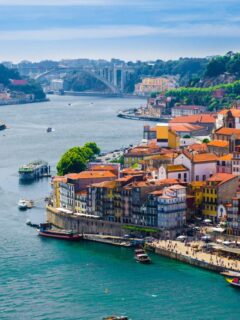 desperate to maintain the fake fantasy....folks who go at such exorbitant prices.