It is safe to assume that going through airport security is nobody’s favorite part of traveling. Many of us complain about the inconveniences of a trip through TSA security checkpoints. Waiting in long lines, taking off coats and shoes, taking electronics out of your bag, and who else always forgets to empty their water bottle? While many of us focus on these annoyances, it is easy to forget how important proper airport screening is.

Each year, TSA agents confiscate thousands of items that are not permitted aboard aircraft. Without this screening many illegal and potentially harmful items could be sitting next to you on the plane, threatening the safety of each flight.

Firearms are a particularly concerning item. The agency recently reported that as of December 16, 2022, TSA agents intercepted 6,301 firearms at airport security checkpoints. 88% of the confiscated guns found in carry-on bags were loaded. The new statistics mean that the TSA is on track to see a 10% increase in attempts to bring firearms through security since last year.

Firearms are never allowed in carry-on bags, even if the passenger has a concealed weapon permit. Yet thousands of passengers still attempt to bring them on board. The penalty for a firearms violation has recently increased to a maximum of $14,950, and a revoking of TSA PreCheck eligibility for a minimum of five years. Passengers can be arrested for attempting to bring in firearms depending on the local laws present at the airport’s location.

But it’s not just firearms that passengers try to sneak in. Illegal drugs and other weapons are also commonly caught. Each year the TSA compiles a “top 10” list of the most unusual items they find. What is just as noteworthy as the items themselves is the way they were concealed.

This past year, TSA agents found “soiled money crutches” at El Paso International Airport. While there is no limit on the amount of cash passengers can carry on a domestic flight, officers can report evidence of criminal activity – such as drug trafficking and money laundering. The fact that the money was soiled and stashed inside crutches (which are also legal to bring on a plane), indicates that it could be related to illegal activity.

Agents at Milwaukee Mitchell International Airport found an inert grenade during security screening. According to TSA’s website, “replica firearms, including firearm replicas that are toys, may be transported in checked baggage only.”

This past September, agents at Dulles International Airport found two electric cattle prods packed in a guitar case. While cattle prods are permitted in checked baggage, they are not allowed in carry-on bags.

7. Gun In A Playstation

In December, TSA agents at Hartsfield-Jackson Atlanta International Airport found a revolver hidden inside a PlayStation consul. The gun was so well packed that the consul had to be pried apart and disassembled to retrieve the firearm.

Earlier this year TSA officers confiscated several small baggies of illegal drugs at the Boise Airport. The drugs were cleverly packed inside scrunchies but quickly found by agents.

5. Knife In A Laptop

Officers monitoring the X-ray machine at Richmond International Airport spotted an object resembling a knife. They searched the bag and found nothing until they x-rayed his laptop separately and could see a double-edged knife packed inside. The laptop had to be disassembled to retrieve the knife.

When the security alarm went off as a passenger was walking through at Greater Rochester International Airport, officers asked the man to remove his arm sling so it could be examined. Once inspected it was discovered that there was a loaded handgun inside. The man claimed he forgot that he had his gun with him.

3. A Firearm Packed In Peanut Butter

Officers at John F. Kennedy International Airport searched a checked bag when it triggered an alarm. Inside they found a disassembled .22 caliber handgun wrapped in plastic and packed inside two jars of peanut butter. While passengers are permitted to pack guns in checked baggage, they need to follow certain rules and store them properly. This passenger was tracked down and arrested at the terminal.

2. Gun Stuffed In A Chicken

This past November a passenger at Fort Lauderdale-Hollywood International Airport was caught trying to carry on a gun stashed inside a raw chicken. Officers found the gun wrapped in paper and stuffed inside the chicken.

While it is obvious that the passengers with these items were trying to sneak them past security, many people are honestly unclear about what can and cannot be brought in carry-on luggage. To clarify this, TSA has set up a webpage to check which items are permitted. 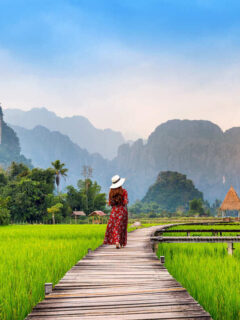 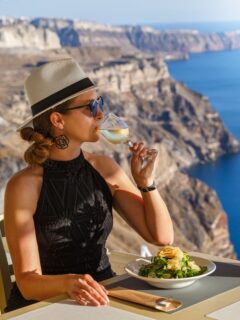 Next
Top 7 Foodie Destinations To Visit In 2023
Click here to cancel reply.