Air travel in the United States has been rough this summer. Overwhelming travel demand has strained a short-staffed aviation industry, leading to delays, cancellations, and lost luggage. Travelers have been eager to regain their freedom after years of pandemic-era regulations have decimated the travel industry. Unfortunately, airlines and airports were not prepared, and flights have suffered. The big question on everyone’s minds this summer has been, “will my travel plans be disrupted?“

This question is still noteworthy as we transition into the fall. To help answer it, we have determined the U.S. airlines with the most delays and cancellations this month. Using data from FlightAware, we ranked airlines’ performance from August 1st through August 19th. For this article, only mainline passenger airlines with a market cap of $1 Billion or greater were considered. These include; Southwest, American, Delta, United, JetBlue, Spirit, Alaska, Frontier, and Allegiant.

To understand where each airline’s performance lies, it’s important to look at the averages across all nine airlines.

Top 5 U.S. Airlines With The Most Delays This Month

JetBlue and Southwest had the same percentage of delays. Still, JetBlue’s average delay time was worse than Southwest’s, leading to its ranking as number one. If you are the passenger stuck with a delay, that extra 20 minutes will matter much more to you than the airline’s total delays.

Compared to July, delays have improved for most of the airlines listed. In July, the top 5 airlines were the same culprits as above, in a slightly different order. The only airlines that did not improve over July’s percentages were Southwest and Frontier. Southwest got worse by 2.9%, but Frontier’s percentage remained consistent at 28%.

While the improvement may give hope that we are moving beyond the travel chaos of summer, the more likely reason is that there have simply been fewer flights than there were in July. In July, there were 479,362 total flights across the nine carriers explored; 55.7% more than we have seen so far in August. However, we still have over a week left in August, so time will tell if the improvements hold.

As travel demand eases, the pressure on the short-staffed aviation industry will lessen. With fewer chances for error, airlines are likely to handle their operations better. Travelers should keep in mind, however, that the system is still struggling. Improvements should be taken with a grain of salt, and travelers should still take precautions going into the fall. Showing up to the airport extra early, avoiding a checked bag if possible, and knowing their passenger rights are all essential steps to ensure a smooth journey.

Top 5 U.S. Airlines With The Most Cancellations This Month

American, Southwest, and JetBlue have worsened compared to July by about 1%, 1.1%, and .4%, respectively. United and Allegiant have both improved by .4% each.

The aviation industry has been hectic this year. It will likely continue running into operational issues in the coming months, as the core problem of short-staffing remains. As demand eases into the shoulder season, the chaos may temporarily subside. However, until airlines and the aviation industry overall can recover their staffing, travelers should expect disruptions. 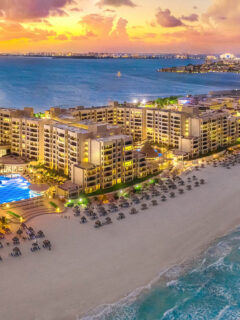 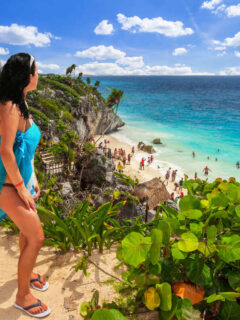