U.S. Government Holds Airlines More Accountable – Here’s When You Should Be Refunded

Following the last chaotic couple of years for air travel, the U.S. Government is holding airlines more accountable for their mistreatment of customers. More specifically, the Department of Transportation (DOT) has begun tracking down and punishing every single airline that has failed to issue refunds after canceling flights during Covid up until the present day.

In this article, you will learn how this came to be, whether we can expect more action from our leaders in this respect, and most importantly, when you should be refunded if your money is still on hold for a canceled trip:

During the pandemic, tens of thousands of flights were axed daily as travel operators sought to make sense of the ever-evolving travel landscape in a now-bygone era of entry restrictions and vaccination discrimination. For lack of a better word, the White House was arguably lenient in allowing affected airlines to get creative with their compensation methods.

Now, the one-year validity vouchers or airlines’ lack of transparency when confronted with refund claims will no longer be tolerated. Earlier this week, the Department of Transportation announced airlines have paid more than $600 million in refunds to passengers across America since Covid came into being. Although the number is high already, we all know someone whose dream trip to Europe was canceled during the crisis, and their hard-earned dollars simply vanished.

Then it’s months of waiting to try to get in contact with the Support Team if this option is even available at all, and information never seems readily available, or the wording clear enough for those affected to understand their rights, and when they are entitled to a refund. Covid is no longer a cause for disruption or an excuse for poor service, and the U.S. Department of State has made that very clear.

As confirmed by Transportation Secretary Pete Buttigieg, they are issuing an additional $7.25 million in fines against six airlines in particular that have experienced the most ‘extreme delays’ in refunding passengers. Once those are handed out, 2022 will hold the record for the year with the most civil penalties issued by the Department’s Consumer Protection Program.

The six carriers are the following:

Interestingly, Frontier is the only U.S.-based airline listed. All the others are registered in foreign countries, such as Aeromexico, Mexico’s flag carrier and one of the most popular airlines linking the North American neighbors. Air India is, of course, India’s, while El Al is Israel’s, TAP Air is Portugal’s, and Avianca is a Colombian company.

In a way, these are the least trusted airlines at the moment when it comes to flight refunds, with Frontier claiming America’s number one spot in that respect. As noted by Blane Workie, Assistant General Counsel at DOT, Frontier had been ‘retroactively applying a more stringent rule to consumers’ facing cancellations since March 2020, when it revised its definition of ‘significant schedule change’ to thwart claims – again, using Covid as the pretext.

As she points out, if DOT had not intervened, it is safe to say the low-cost carrier ‘would not have provided’ refunds to tens of thousands of passengers, especially when other operational problems have taken precedence over the waning virus: back in August, at the peak of the staffing-driven summer cancellation wave, when Covid was already yesterday’s news, ‘almost one in every five’ complaints received by the Department concerned refunds.

Given that these claims were submitted last summer when border restrictions were lifted in a majority of tourist destinations and the world had returned to normal, ‘Covid-induced delays’ have ceased being credible – as did the now-classic pre-recorded voice message warning customers that ‘due to the pandemic, service may be limited’.

When Should You Be Getting A Refund?

According to U.S. law, travelers whose flights are canceled leaving from or arriving to the national territory must be issued a refund ‘promptly’. The Department of State even elaborates on the word ‘promptly’, considering it 7 business days for those who purchase a ticket with a credit card, which applies to the vast majority of travelers, and 20 days for those who used cash or check.

It is worth noting this rule must be respected only by airlines. DOT reiterates the definition of ‘promptly’ is not as strict for ticket agents, though the loophole ‘could be addressed’ in future lawmaking. In simpler terms, if you have booked a flight anytime between March 2020, when Covid was declared a pandemic, and now, and it was canceled, you are entitled to a refund within a week.

As reported above, the DOT has started enforcing the ruling, particularly among airlines known to take months, if not years, to compensate customers. They have been doing so by means of fining and openly pressuring uncooperative airlines to comply, as seen with Frontier, so if you’ve been patiently waiting for that day your funds will finally be returned, it may be coming sooner than you think.

Naturally, we cannot give you an estimate on when exactly this will happen, but as more fines are issued, and refund figures increase by the day, we expect more of the pandemic cancellations to be investigated by DOT officials.

Once again, as per the rules, refund claims must be processed within a week if a flight was purchased with a credit card.

What Other Measures Has DOT Imposed To Ensure Airlines Comply With Refund Rules?

Throughout 2021 and 2022, complaints were also raised about Delta, United, American Airlines, and a number of other U.S. and non-U.S.-based carriers. They did not, however, make DOT’s blacklist – just yet. In a quote to NPR.org, consumer advocate Bill McGee reiterated ‘the biggest offenders here don’t seem to be addressed’: ‘why is it that none of these other airlines have been fined?‘, he questions, ‘why is it taking (almost) three years to investigate this, particularly since all the data is public?‘

DOT has been made aware of these issues and has vowed to keep fighting for consumer rights in the U.S. aviation sector. Earlier this year, they launched a new online platform where passengers can find up-to-date information about airline services and, most importantly, compare them, and they have surely stepped in to ensure changes were enacted.

Since Frontier was identified as one of the six least-trustful carriers, they required that the airline issue the required refunds or, at the very least, informed passengers in clear wording where those could be obtained and which forms needed to be filled out. Transportation Secretary Buttigieg is cited as saying, ‘the overall objective is to make sure passengers get their money back‘.

Buttigieg concluded by adding it ‘shouldn’t take an enforcement action from the U.S. Department of Transportation to get airlines to pay refunds that they’re required to pay‘, and that his team will ‘make sure’ fines are in place to avoid similar imbroglios in the future. He considered, to an extent, ‘ratcheting up the penalty side‘ until less of this behavior is seen. 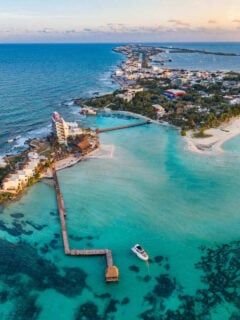 Previous
Isla Mujeres Next Destination In Mexico Close To Selling Out 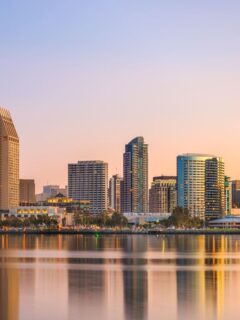