The U.S authorities will hold its land border restrictions for at least one month to decrease the spread of COVID-19, according to the Department of Homeland Security.

A spokesman for the United States Department of Homeland Security stated, “To decrease the spread of Covid-19, including the Delta variant, the United States is extending restrictions on nonessential travel at our land and ferry crossings with Canada and Mexico; through August 21.”

They further added, “D.H.S. is in constant contact with Canadian and Mexican counterparts to identify the conditions under which restrictions may be eased safely and sustainably.”

The United States closed its land border for non-essential travel with Canada and Mexico in March 2020 following the spread of COVID-19. The closure will now continue until at least August 21st, 2021. However, this news comes as a surprise to many people after Canada says it may allow fully vaccinated Americans to enter on August 9th.

However, the restrictions on the land border between Mexico and Canada don’t apply to planes, freight rail, and sea crossings. In addition, Americans can cross the land borders for schooling, medical functions, and business. U.S citizens can travel to Mexico for any reason at all. That includes cheaper health care or for work purposes.

The White House Press Secretary, Jen Psaki, stated, “any decisions about reopening travel will be guided by our public health and medical experts.” The Canadian Prime Minister declared at an information convention on Tuesday that “Every country gets to set its own rules about how it will keep its citizens safe.”

However, the Canadian government will continue to restrict unvaccinated U.S travelers from entering Canada. In recent weeks, the Canadian government has stated that it may take a while before Canada opens to unvaccinated American tourists. The news that Canada is reopening its border with America was a long time coming, especially after the immense pressure to reopen.

The Reaction To The Continued Border Restrictions

U.S politicians from across the spectrum have criticized the decision to keep the land border restrictions in place for another month. Brian Higgins, a congressman in Western New York, stated, “today’s decision by the Biden administration harms economic recovery and hurts families all across America’s northern border; this is completely unnecessary.”

The Canadian Chamber of Commerce also criticized the move, stating that the move “flies in the face of both science and the most recent public health data.” Perrin Beaty, the CEO of the Canadian Chamber of Commerce, also declared, “It’s hard to see how allowing fully vaccinated Canadians to enter the U.S. poses a public health threat when travel within the U.S. is unrestricted.”

The New Hampshire Governor, Doug Burgum, also said the restrictions had crossed the line from being “precautionary to preposterous.” Further adding, “Keeping the border closed to travelers won’t substantially drive vaccination rates up, but it will continue to hold the economy down and hurt communities that depend on cross-border activity, including North Dakota’s retail and tourism industries.”

Although travel is slowly returning to normal, these continued restrictions show we have a long way to go. 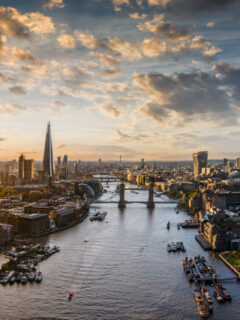 Previous
U.S. Issues Level 4 'Do Not Travel' Warning For UK 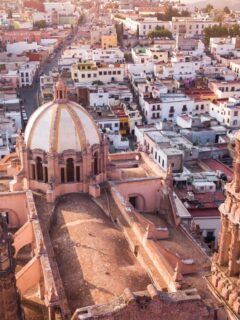 Next
Top 5 Reasons To Visit The Hidden Gem of Zacatecas, Mexico
Click here to cancel reply.

I wonder if US land and ferry travelers to Canada will even have an open customs office to return through?