In the midst of a global pandemic, airlines would be forgiven for planning too far into the future. With restrictions and regulations changing on an almost daily basis that affects how many flights and destinations can be offered, for many struggling airlines it is a case of survival first, plan later.

However, that’s not the case over at United Airlines. With domestic travel rebounding in the US and international travel looking like a possibility, United has set its sights on offering supersonic travel by 2029, following the purchase of several supersonic jets.

Supersonic travel isn’t new to the commercial aviation industry, but it hasn’t been seen for a while. Concorde brought the concept of supersonic travel to the masses, first entering service in 1976 before bowing out in 2003. The aircraft flew with a cruising speed of 1,350mph – more than twice the speed of sound – and at an altitude higher than 60,000ft.

A joint venture by the British and French, Concorde was short-lived and was retired in 2003. The cost of operating Concorde, coupled with an uncomfortable journey, high ticket fares and a tragic crash in 2000, all contributed to the aircraft falling out of favor and incurring financial losses for British Airways and Air France. However, United look set on bringing the concept back once more.

Move over, Concorde – there’s a new name in supersonic travel. United has purchased 15 models of an aircraft called Overture, produced by Denver-based company Boom. Despite the company not having carried out a test flight on their supersonic jet, United has the option of purchasing 35 more of the aircraft in the future – contingent on it meeting all of the relevant safety standards.

However, despite the Overture craft too possessing Concorde’s signature pointed front and having the ability to go supersonic, the comparisons end there. Whilst running Concorde was a costly affair, the Overture is aiming to fly on 100% sustainable aircraft fuel (SAF) – which would grant it the honor of being the first aircraft to begin with net-zero carbon flights.

Whilst Concorde had the ability to fly at Mach 2, the Overture will instead reach speeds of Mach 1.7, which makes it around twice as fast as commercial jets. This speed means the aircraft would be able to fly from United’s hub in Newark, New Jersey, to London in just three and a half hours, as well as being able to fly San Francisco to Tokyo in a mere six hours.

Exciting though it all sounds, travelers will have to wait if they’re planning on flying supersonic. The aircraft is scheduled to be completed by 2025, with test flights starting in 2026 and passenger-carrying flights set for 2029. Speaking about his company’s decision to purchase the supersonic jets, United CEO Scott Kirby said:

“United continues on its trajectory to build a more innovative, sustainable airline and today’s advancements in technology are making it more viable for that to include supersonic planes.”

However, not everyone is enthused by the decision. Experts have questioned the ability to find enough passengers willing to pay the high fares the airline is likely to charge, whilst others have pointed out the recent failings by other airlines in their supersonic endeavors. 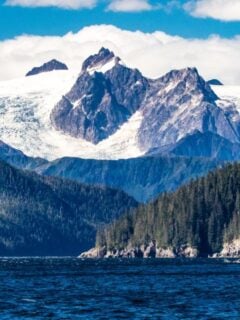 Previous
Eight Stunning U.S. Landscapes That Should Be On Your Bucket list 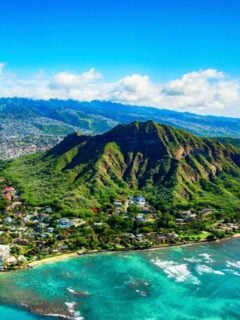 So basically we’ll be using 50 year old technology, in 10 years time. No flying cars yet...

If you’re gonna get kicked off the plane, overbooked, or cancelled like United tends to do, then reducing flight time isn’t much of a benefit.