Ever since the COVID-19 pandemic began, there have been strict border restrictions between the US and Canada. The two countries have banned all but essential travel since March 2020, causing massive damage to the travel industry. However, in recent days, sources in Washington claim the U.S has intentions to ease border restrictions by June 22nd. This news comes after Justin Trudeau’s government has started plans to loosen border restrictions.

Requirements Needed For The Border To Reopen

The Canadian Prime Minister has claimed that over 75% of Canadians would need to receive a vaccine before opening the border. Currently, Canada has given 61% of its eligible population a first dose of the vaccine, which continues to grow daily. As of this week, over 22,347,313 Canadians have received their first dose.

Reports also suggest that Canada will ramp up second doses in June to protect vulnerable people. Justin Trudeau stated that conversions between the two countries are ongoing, and both sides are eager to reopen the border.

The following border review is on June 21st, but the two countries have pushed back the opening date on many occasions. Many people expected the two sides would loosen restrictions in May 2020, but Justin Trudeau tweeted that the border would close for another month to protect Canadian health and limit the spread of COVID-19.

The US Department of Homeland Security took to Twitter to confirm the continual border restrictions to “fight COVID19 spread and protect our citizens.” However, they also stated they are working closely with Canada to open the border as conditions improve.

In recent months, American lawmakers have pushed to get Justin Trudeau to ease the border restrictions. Republican Henry Cuellar (D-Texas) expects Canada to open the border next month as American lawmakers look to ease restrictions at all US borders. In recent days, Canadian MP’s have added pressure on Justin Trudeau to outline a clear plan on reopening non-essential travel between the two countries. That includes members of Justin Trudeau’s own Liberal Party, who are also demanding that the prime minister begins the border opening process.

Likelihood Of The Border Opening In June

Reports suggest that the border closure has cost between $665-885 million since the border closed in Erie County alone. The US is also the worst impacted tourism industry worldwide, and the closure of the Canadian border plays a considerable role in that. In 2020, the United States lost nearly $150 billion from its economy due to border closures.

The US is starting to open up for travel, with the EU opening for American tourists and the CDC approving its first cruise line. In addition, the dropping cases, higher vaccination numbers, and growing economic hardship suggest non-essential travel between the US and Canada is on the horizon. 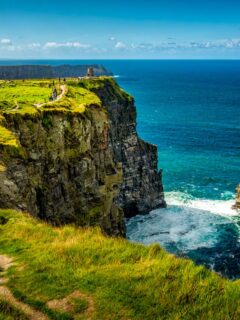 Previous
Ireland Will Reopen To U.S. Travelers on July 19 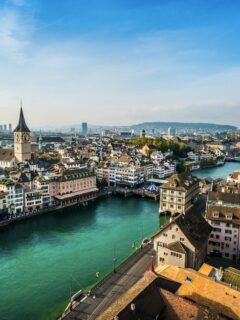 Next
Switzerland's Entry Requirements For Travel in 2022
Click here to cancel reply.

Mike - the % of Canadians with 1st dose is getting close to 70% Gotta use the over 18 years old pop....not total population

@Walter White, I'm happy now before July I gotta be in Canada

Canadian's want to escape the DICKtator

If the borders aren't open in July, it will be totally ridiculous!

If hotel quarantine is applied then why tourism.