Watch Out For Hidden Cost Of Travel To These 5 Popular U.S. Destinations

Travelers are likely familiar with some of the hidden fees of flying, such as baggage fees, seat selection fees, or even carry-on fees. However, another travel fee that often creeps its way into vacations is tourist taxes. These range in cost as well as how they are implemented, but there are five popular U.S. destinations in particular with significant tourist fees. In a recent study, fifty-six global destinations that charge a tourist tax were ranked against each other.

Americans, in particular, may not think about tourist taxes during domestic travel. Still, there are certain destinations where the tax will apply regardless of nationality. Only six cities from the United States were on the list of fifty-six destinations. However, the United States claimed five spots out of the top ten destinations with the highest tourist taxes. Some of the taxes incurred can add significant costs to a trip and are outlined for each city below.

Miami ranked as the 5th U.S. city with the highest tourist tax, with a 6% tourist tax applied to hotel stays. The travel fee is arguably low compared to other cities, but costs can still add up, especially for extended stays. Average nightly hotel rates in Miami are approximately $173. For a two-week stay at the average rate per night, visitors would be paying an additional $145.32 in tourist taxes.

Orlando, like Miami, charges a 6% tourist tax. Orlando ranks 4th compared to Miami because the average nightly rate for hotel stays is higher at $193 per night. For a two-week stay at the average rate per night, visitors would be paying an additional $162.12 in tourist taxes. While not a massive sum of money in the grand scheme of things, it is more expensive than a ticket to Disney World.

In third place is Los Angeles, California, with a transient occupancy tax of 12%. The fee is added to stays that are less than 30 days in length. With average nightly hotel prices sitting at $196, costs can really start to add up. For a two-week stay at the average rate per night, visitors would be paying an additional $329.28 in tourist taxes. For digital nomads thinking of calling Los Angeles home for a while, make sure to stay more than 30 days! A stay of 29 days would cost an additional $682.08!

Like Los Angeles, San Francisco charges a transient occupancy tax. However, the percentage is higher in San Francisco at 14%. The average nightly hotel rate is also significantly higher at $212. For a two-week stay at the average rate per night, visitors would be paying an additional $415.52 in tourist taxes. Like LA, the tax applies to visits that are less than 30 days. Something to keep in mind for nomads who plan to travel to the city!

Honolulu takes the number one spot for cities that charge a tourist tax. While its transient accommodations tax is technically less than San Francisco’s, Honolulu’s average nightly hotel rate is much higher. Honolulu charges a transient accommodations tax of 13.25%, and its average nightly hotel rate is $390 per night. The tax for all of Hawaii is 10.25%, but Honolulu recently added their own tax of 3% on top of that. For a two-week stay at the average rate per night, visitors would be paying an additional $723.45 in tourist taxes! This is more than the average cost of round-trip tickets from LA to Honolulu, making it a pretty significant expense.

While this post has explored U.S. destinations with high tourist taxes, these hidden costs aren’t the only ones travelers should watch out for. Some hotels charge extra “taxes and charges” regardless of the city they reside in. Often these surplus charges are attributed to things like parking, internet, pool access, and more. A city that is famous for this is Las Vegas, where almost all the popular hotels on the strip charge “resort fees” that travelers will not initially see on the booking price. On top of this, Las Vegas charges a tax of 13.38% on the resort fees, further driving up the price. For example, The Bellagio charges a resort fee of $39.95 per night. After adding on the tax, this comes out to an additional $45.29 per night.

Know Before You Go

Travelers are advised to research their destination to see whether or not tourist tax is something they need to consider for their budget. Often, the tax is insignificant relative to the cost of the trip. However, like in the case of Honolulu, it can often add up substantially. Tourist taxes are a frustrating part of a trip for travelers. Still, they aim to help combat over-tourism and offset the local tax burden on visitors. Thus, the taxes are unlikely to go anywhere, and travelers should be prepared to pay them. 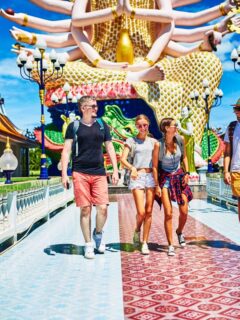 Previous
Thailand To Start Treating Covid Like The Flu From October 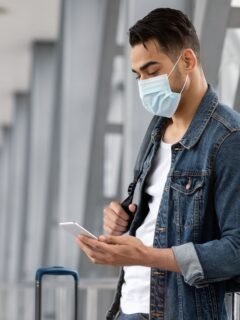 Next
Waiting To Book Your Winter Getaway This Year Will Be Hard On Your Wallet
Click here to cancel reply.