What You Should Know About Traveling To Florida Following Hurricane Ian

On September 28th, 2022, Hurricane Ian made Landfall on Florida’s Southwest coast. The devastating category 4 storm sustained winds over 115mph with gusts up to 132mph. Flooding was estimated to be up to 18 ft. on the coast and 6 ft. further inland. Buildings were flooded, property was swept away, hundreds of people died, and thousands became displaced from their homes.

After ravaging Southwest Florida, the hurricane swept through Central Florida as it was downgraded to a category 3 storm. The impact to the area was devastating despite the loss of strength. Emergency evacuations took place as many buildings in the region were flooded with thousands losing their dwellings and hundreds more losing their businesses. Violent winds up to 100 mph damaged structures and knocked down power lines. Even Florida’s delicate ecosystem was affected as hundreds of sea turtle eggs were scattered along a beach in Fort Pierce.

As the storm moved north to South Carolina before losing further strength, Florida was left in a wake of destruction. The storm killed over 120 people and thousands of lives will forever be changed by the damage that the storm caused.

As Florida begins the process of repairing what has been broken and rebuilding what has been destroyed, many people are wondering how they can help and if it is ethical to visit Florida mere weeks after the Hurricane. Here’s what you should know.

A crucial fact to know is that Florida relies heavily on tourism dollars to fund their economy. The Sunshine State is the second most visited in the U.S. and welcomed 122 million tourists in 2021. Cities such as Orlando and Key West depend almost entirely on tourism to support their local economy. The answer of whether it is responsible to visit the state and stimulate the local economies with tourism dollars during this period of recovery is fully dependent on the location you are planning on traveling.

Southwest Florida was hit the hardest by Hurricane Ian and as of October 2022 some areas  are advised to not visit yet. The Fort Myers tourism twitter account tweeted in the aftermath of the storm that “Hurricane Ian has devastated many of our islands, beaches and neighborhoods. To our visitors, please refrain from entering the region until further notice.” This area of Florida will do their best to get tourism infrastructure replaced as soon as possible, but for the foreseeable future using desperately needed resources while visiting will do more harm than your tourism dollars will do good.

Key West on the other hand sustained damage during the Hurricane including most of their beaches being flooded, but they are still encouraging tourists to come visit. Per an official release, “ Major Florida Keys & Key West infrastructure remains intact throughout the 125-mile-long island chain. Key West International Airport is open and operating, all utilities are operating normally and traffic is flowing as usual along the Florida Keys Overseas Highway, including all 42 bridges.” Along with infrastructure being largely unscathed from the storm, they note that “ Almost all Keys lodging establishments escaped significant storm impact and are open, tourism officials reported. Most Keys attractions, watersports operations, restaurants and bars are open or reopening, although hours and offerings may vary.”

It is best to check the specific city or area you are planning to visit as it seems some areas welcome tourism with open arms while others are struggling to obtain the resources they need to rebuild.

Orlando – The Tale of Two Stories

Despite this, the city is still largely recovering and struggling to keep up with the demand of people who need help following the devastation of Hurricane Ian. On October 6th the city of Orlando Tweeted out that they were pausing their hurricane relief application due to an overwhelming amount of requests and on October 11th announced delays in waste removal due to the excessive debris caused by Hurricane Ian.

It appears largely that the city is welcoming tourism because of the material impact the industry has on their economy, but some people and businesses in Orlando are still in recovery mode. Getting to Orlando and having a good time should not be an issue with the airport and attractions being fully operational, but it is up to each individual whether they believe they are helping or hurting the city with their visit.

To support Florida in their efforts to repair after Hurricane Ian, consider donating to the effort at the Red Cross. 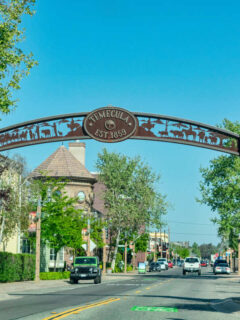 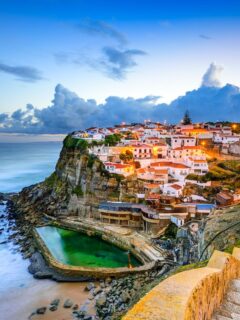 Next
Why Portugal Has Become One Of The Most Popular Destinations Of The Year
Click here to cancel reply.