Busy planning your winter getaway? You may want to rethink your purchase if you are considering buying a basic economy fare. Though it can be tempting to opt for the basic fare to save some money, you may actually be doing the opposite.

Even if you are still able to save after navigating some common pitfalls of economy fare prices, it may not be worth the amount saved due to the many reasons why economy fares can be more than just a financial headache.

Read on to see why booking a basic economy fare may not be the best decision.

We are all for traveling light, but traveling with just a personal item is a bit of a stretch. Maybe you could make it work for a quick weekend trip to a warm destination, but packing everything for your trip into a personal item can be extremely limiting.

Jetting off to the Caribbean? You’re out of luck.

No Flexibility Can Mean No Savings

One of the nice things that came about from the pandemic was the increased flexibility when it came to changing flights. However, those days are fading, and airlines are no longer allowing flexibility with basic economy fares.

For example, JetBlue doesn’t charge change or cancellation fees for most of its fares — except its basic economy fare, Blue Basic. Travelers who purchased a Blue Basic fare have to pay a $100 to $200 change/cancellation fee, depending on the route.

For a more concrete example, we looked at a fare for a round-trip flight from the Caribbean island of Grenada to New York City. For just $50 more, you could bring a carry-on, select your seat, and know that if plans need to change, you won’t be stuck with the extra cost of a change fee.

Imagine you’d bought a Blue Basic fare and needed to change your flight. You would be on the hook for at least $100, more than the cost of upgrading to a Blue fare! You’d have spent more money in the end, making the basic economy savings useless.

Regarding cancellations and basic economy tickets, travelers should still be aware of the 24-hour rule. By law, airlines must give a refund for the cost of a flight if you cancel within 24 hours of the purchase.

While inadvertently paying more for a basic economy fare would be unfortunate, money isn’t the only reason basic economy fares may not be worth it. After all, travel is often for leisure or escaping the day-to-day, so why add stress and discomfort to the experience in an effort to save $50? This leads us directly to our next point…

If They Are Cheaper, It’s Usually Not By Much

Airlines created basic economy fares so that they would show up as the lowest price in a search. After adding luggage, seat selections, and other add-ons, the cost of a basic economy can be almost equal to (and, in rare cases, greater than) the cost of a normal economy ticket.

In the prior example, you can see that the cost difference between Blue Basic and Blue is minimal. With a small $50 price difference, is it worth the added discomfort and stress that comes with being unable to pick your seat and having no flexibility?

You Can’t Pick Your Seat

We’ve touched on this already, but it is certainly worth repeating. With most basic economy fares, you can’t pick your seat assignment. If you are even able to select a seat, it will cost you, and fees can add up quickly, especially if you aren’t flying direct, as you’ll have to pay for a seat on each leg of the flight.

While this may not be the worst thing for a 2 or 3-hour flight, a Trans-Atlantic flight with a bad seat can be extremely uncomfortable. Is it worth saving a little bit of money if it means you get split up from your travel party and stuck between two strangers in the middle seat?

If you’re traveling with your partner, friends, or even with your children, choosing a basic economy fare will mean you cannot choose to sit together.

Travel Off Path recently spoke with an American Airlines flight attendant who informed us that sometimes families will get split up with parents on one side of the plane and children on the other. Once boarding is complete, flight attendants can try to accommodate to sit families closer together. However, if the flight is full, families are at the mercy of strangers’ willingness to switch.

You May Not Be Earning Miles

For example, JetBlue allows for mileage earnings with its Blue Basic fare. However, the earning amount is reduced to 1/3 of its other fares.

You’ll Be The Last One To Board

When It Might Make Sense To Book An Economy Fare

In most cases, it’s probably best to opt for the normal economy ticket. You’ll get more flexibility, better seating arrangements, a carry-on bag, and added peace of mind. However, basic economy works for some travelers under certain circumstances. Just make sure you know the true cost of either decision, financially and logistically. 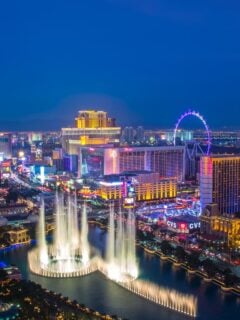 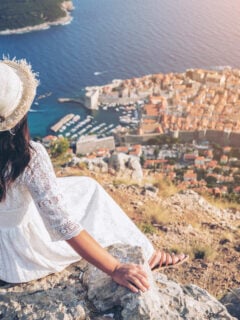 Next
These Are The 28 Safest European Countries For Americans To Visit
Click here to cancel reply.

Just be sure of your travel schedule. Its the lowest fare, and just add for checked luggage and premium seat (if 4+ hours)

Only for absent minded people. Most people do not cancel or change fligts. And if they do, it is maybe 1 in 50 times or 1 in 25 times at best. Better to pay 100 bucks for changing once than pay 50 bucks x 25 times.