Why Is This Unknown African Country Surging In Popularity In 2023?

Now that the world has reopened and travel demand has surpassed pre-pandemic levels, some crowd-wary travelers may be looking instead for off-path locations that remain virtually unspoiled by mass tourism. Off-grid travel is one of the top trends moving forward, and an unknown African country, in particular, is surging in popularity in 2023 – but why?

Home to breathtaking nature, impressive biodiversity, and dominant geographical features — with the highest mountain in the continent, the second largest lake, a pristine coastline, and vast plateaus brimming with wildlife, to name a few — there’s no better place to totally unplug and escape reality than Tanzania:

Often overlooked by Westerners, who normally flock to Egypt, Morocco, and the like for an introductory, ‘safe’ visit to Africa, Tanzania straddles the shores of the Indian Ocean in East Africa and encompasses much of the African Great Lakes region. Other than a natural world and sunny destination, it is also an important archaeological zone:

It is an established fact that humans originated from Africa millions of years ago: several ‘hominid’ fossils, dating back 6 million years or older, were found in Tanzania. Needless to say, its primeval History makes it one of the most culturally-charged nations in Africa: Tanzanians comprise up to 120 groups belonging to different religious and linguistic segments.

Dodoma, the bustling capital city, and Dar es Salaam, the largest urban center, are two major cultural spots, though the autonomous province of Zanzibar, an archipelago in the Indian Ocean, remains the main point of entry for tourists. A distinct community with devolved powers, Zanzibar is often described as a country within a country.

In fact, scholars suggest Zanzibar is an ‘African Hong Kong‘, comparing it to China’s sole-standing democratic haven. Unlike the mainland, where Swahili is the lingua franca, it is the only region where Arabic is an official language, and natives are predominantly Muslim, though some Christians and Hindu Zanzibaris are recognized minorities.

The zone’s multicultural demographic is attributed to its strategic location at the confluence of worlds, the Indian Ocean, where Europeans sailed en route to both East Africa and Asia, and Arab Leagues relied on for trade. Having belonged to the Portuguese, the Sultanate of Oman, and even existing as a British protectorate at one time, it’s no surprise it’s incredibly diverse.

Although Zanzibar has enough sights to keep the History buff in you entertained for days, the most impressive is surely Zanzibar City, one of only seven UNESCO World Heritage Sites in Tanzania. Alternatively titled the Stone Town, its historical core is well-supplied with whitewashed houses and centuries-old, maze-like alleyways bustling with trade.

It was once a primary trading port for spice, silk, and slaves, though nowadays, the economy is mostly centered on tourism and fishing. Outside Zanzibar City, visitors will find European forts built by the colonizers in their futile attempts to retain control of the territory, gorgeous sandy beaches with teal-colored waters, and nature reserves.

If you want to experience all that Zanzibar – and Tanzania – have to offer, you should act quickly: tourism is increasing fast as a growing number of Westerners become aware of this hidden gem. According to Zanzibari authorities, the islands have experienced a 79.5 percent increase in arrivals in September 2022 compared to the same period the year before.

Twelve months earlier, the semi-autonomous archipelago hosted only 25,817 visitors, while in September of last year, when the figures were last updated, 46,338 foreigners had landed in Zanzibar. Earlier in August, 61,338 had been added to the tally, making 2022 a strong year for the local travel industry, and that’s only Zanzibar we’re talking about:

Tanzania as a whole is set for record numbers in the post-pandemic scene. Between January and November 2022, it hit 1.2 million visitors, only 300,000 fewer than the record year of 2019. Pindi Chana, Minister for Natural Resources and Tourism, was quoted saying ‘there has been a 60 percent increase‘ in tourism, and implied nature is the main drive behind it:

‘Most of the hotels and lodges either in or close to the national parks have recorded full bookings in recent months‘, she noted before pledging to develop tourist complexes further and upgrading ‘key facilities’: ‘We need camps and lodges in the Southern Circuit. We are looking for partners. There are ample opportunities there‘.

The Southern Circuit is a classic, yet remote safari destination, 142 miles southwest of Dar es Salaam, focusing on the Ruaha and Nyerere National Parks: ‘It is time that deliberate measures are made to promote our culture, heritage and convention tourism to make our offering highly competitive on global levels‘, Mrs Chana concluded.

Yearly results for Zanzibar specifically were not yet published, but the huge year-on-year improvement is evident, taking into account the region’s relative obscurity and the fact that it has not lifted Covid restrictions yet: unvaccinated Americans enjoy hassle-free entry to over 140 destinations worldwide but not the Zanzibar archipelago or mainland Tanzania.

In order to be eligible to travel to Zanzibar or Tanzania, the non-vaccinated must undergo Covid testing – only RT-PCRs and NAATs certificates are accepted – or agree to take a Rapid Antigen Test on arrival. Pre-departure tests cannot be older than 72 hours prior to boarding, and they must include a QR code, otherwise, they will not be considered valid.

Other must-see attractions in Tanzania – and Zanzibar – include: 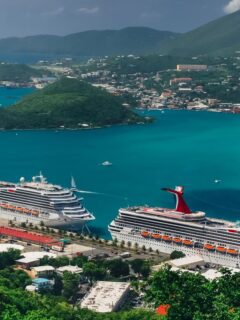 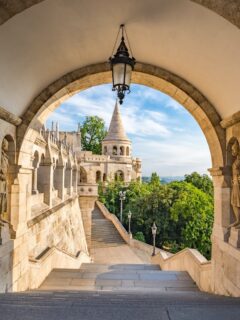 Next
Top 5 Reasons Why Travelers Should Visit Hungary This Year
Click here to cancel reply.

Tanzania may be off the grid for Americans, for Europeans it has always been one of the most touristic countries in Africa. Kilimanjaro, Zanzibar and the Northern NPs like Serengeti, Ngorongoro, Lake Manyara or Taragire are no secret gems but have always been upscale destinations for international travelers. Was there 11 years ago and safari tourism was a big thing already at that time. Hotels were all upper standard (compared to the country's low income) and full of tourists......so, no, it is definitely not an "unknown country" as you describe it - from the headline I would have expected countries like Senegal, Ghana, Cameroon or the like.....

Did I miss it or did you not even mention Serengeti National Park and the Great Migration, etc