On a limited budget and still undecided as to where exactly you will be jetting off to for summer 2022? Jamaica may be just the right pick for you, as ultra low-cost carrier Frontier Airlines has now added new Miami-Kingston flights from $230 round trip, making the paradise island even more accessible to American travelers.

As international travel returns to its former glory and more people feel empowered to book vacations abroad, airlines are growing increasingly competitive when it comes to meeting their travel demands. In recent weeks, they have been either launching, or resuming service, to numerous destinations in the Americas and beyond.

A week after Jamaica was named one of the top destinations for American travelers, Frontier Airlines inaugurated a new flight route from Miami to Kingston, the island’s capital and a main gateway. Now, Miami-based sunseekers can book trips to this destination from only $84 one-way, or $230 return.

This is the first time this carrier will offer service to Kingston, on top of the already existing routes to Montego Bay, another extremely popular beach destination in Jamaica. As the Caribbean Journal remarks, Frontier’s announcement reasserts Kingston’s position as a growing tourism and business destination.

At first, out of the various Frontier hubs across the country, only Miami will host the Kingston flights. In Atlanta, Orlando, Philadelphia, and Tampa, Frontier will continue flying to Montego Bay, though it is yet to add other direct routes to Kingston. That could change very soon, as the airline is making a larger Caribbean expansion one of its top priorities this year.

As Alfredo Gonzales, International Sales Manager at Frontier states, the company is ‘thrilled’ to launch the new service, further strengthening the links between the mainland United States and what has to be one of the most popular destinations in the Caribbean. After all, flights are not only ramping up, but Frontier has made them much cheaper.

Traveling To Jamaica Is Getting Much More Affordable With Frontier

Either through 24-hour flash discounts, and or its recent bid for a historical merge with Spirit, Frontier is becoming a household name among low cost carriers in North America. Understandably, it is seeking to establish a much stronger presence in the Caribbean, in a strategic takeover that will make travel much more affordable for millions of Americans.

Taking into account Frontier’s newly-announced Caribbean flights, which are a clear indication of their ‘aggressive growth’ in the region, Jamaica-bound travelers will benefit from even more offers and new routes. As Gonzales stresses, their aim is to bring more visitors to Jamaica, while also making it easier for island residents to reach the U.S.

While many never attempted a Caribbean summer due to prohibitive prices, traveling to the region, and Jamaica specifically, is now much more affordable with Frontier. In fact, flying from Miami to Kingston could now be comparatively cheaper than traveling between two domestic destinations within the United States even.

This service will be running three times a week, with flights departing from Miami every Tuesday, Thursday and Sunday. As reported by the Caribbean Journal, the new route is part of Frontier’s ‘growing presence’ in Miami, a hub it has served since 2020 and where it seeks to consolidate itself.

Jamaica Has No Covid Entry Requirements In Place

Recently, Jamaica removed all Covid requirements, returning to its regular pre-pandemic entry guidelines. After two years of imposing stricter entry rules, particularly for unvaccinated Americans, it has lifted all vaccine, testing, and quarantine requirements, much like strong competitors like Mexico and Belize.

When flying to Kingston from Miami, or any other American hub, U.S. citizens no longer need to hold vaccination certificates, present a negative pre-departure test, or disclose personal health information when traveling. Additionally, authorities in the country no longer require the use of face masks indoors, making Jamaica a restriction-free haven.

On the other hand, if you’re flying, or considering flying to Jamaica soon, we recommend you follow all relevant updates relating to the air traffic controller strike in the country, which led to several flights being cancelled, or even diverted from the island this week. Low-cost tickets to Kingston can booked through this link.

Bonaire is the Latest Caribbean Country to Remove Entry Requirements 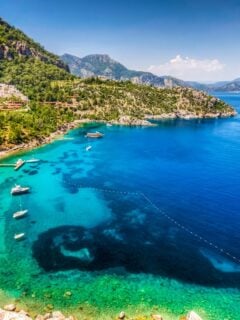 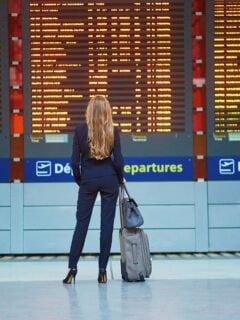