The agreement came 12 days before the trial was set to take place in August, with the final terms being revealed recently. Passengers who were wrongly charged are eligible for refunds on baggage fees between $25 and $200, with American Airlines agreeing not to cap any of the refunds and paying no less than $7.5 million.

How Did This Happen?

According to the lawsuit, five travelers on separate occasions were told they had to pay for their checked luggage when they arrived at the airport, even though they held branded credit cards, frequent flyer status, or other supporting documentation that promised free checked baggage. The lawsuit alleged that the airline breached its passenger contracts that permitted checked bags for free because the airline did not include the terms of checked baggage in its software program, and this resulted in the passengers being made to cover the baggage fees upon checking in.

“Knowing that waiving baggage fees would entice fliers, AA offered free checked bags to certain customers including customers who flew frequently in AA’s loyalty program AAdvantage, customers who purchased first or business class tickets, and customers who held AA’s branded credit cards,” the complaint said. “AA’s passenger contracts specify that certain of its passengers are permitted to check bag(s), for free. Yet, AA systematically required these passengers to pay to check bags and thus breached its contract with affected passengers.”

Who Qualifies For A Refund?

According to the lawsuit, people who meet either of the below two requirements can apply for a refund:

1) Qualified AA ticket holders who received email confirmation that promised them free checked baggage and were required to pay to check one or more such bags; or

2) Qualified AA partner credit card holders that were promised free checked baggage and were required to pay to check one or more such bags.

How Much Do Airlines Make From Baggage Fees?

Besides the baggage charges, it has been reported that more travelers prefer carry-on luggage as they are becoming more skeptical of travel disruptions. The Bureau of Transportation Statistics found that over 1.9 million bags were mishandled in 2021 by airlines.

TripIt conducted a survey of 1,700 Americans in September and found that more than half had said they had experienced some sort of disruption from recent travel, with 16% of this being attributed to lost or delayed luggage. The survey found that 41% of Americans avoid checking a bag, and if they do, almost a quarter will use a bag-tracking technology such as an Apple AirTag. 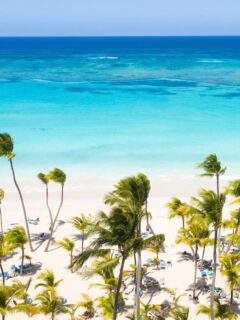 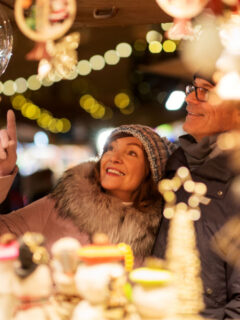 Next
These Are The Top 5 Christmas Markets In The U.S. To Visit This Winter
Click here to cancel reply.