Two airlines in Vietnam are will offer regular, non-stop flights between Vietnam and the U.S. starting next year. The routes will make history as the first direct flights between the two countries, and will make travel to Vietnam easier than ever for American travelers. Vietnam Airlines had launched a successful test flight last week, and is hoping to increase the volume of weekly flights in the new year.

Also hoping to get in on the action is a competitor of Vietnam Airways – Bamboo Airways. The newer airline is hoping to start its own non-stop routes between the two countries, which could see travelers given even more route options for travel between the two countries. Here’s a look at everything you need to know about these latest developments, including why it’s taken so long, details about the test flight and why Vietnam should be on your 2022 travel list.

Whilst Vietnam is a destination that has been growing in popularity amongst American travelers in recent years, it hasn’t always been the easiest place to visit. With no non-stop flights between the two countries, travelers are forced to transit through other countries and take several flights in order to reach their destination – but, as anyone who has ever visited Vietnam will tell you, it is well worth the effort.

Thankfully, the trip is about to get much easier. In 2019, the Federal Aviation Administration awarded Vietnam Category 1 status as a country, meaning that it was now finally possible for direct flights between the two countries to be scheduled. Reportedly 20 years in the making, American travelers look as though they will finally be able to take advantage of non-stop flights between the two countries from not just one airline, but two. Vietnam’s flag carrier, Vietnam Airways, was the airline in pole position to take advantage of the new routes possibilities, and announced its intentions to carry out a non-stop flight from Vietnam to the US last month.

The airline launched its inaugural flight from Ho Chi Minh City into San Francisco International Airport last week, with the flight having a duration of 12 hours and 52 minutes. Going back, the flight to Vietnam took 15 hours and 48 minutes. Whilst flights are capped at two flights per week due to Covid-19 restrictions at present, the airline plans to offer daily services in the new year, and is already eyeing up a route between Los Angeles and Hanoi.

“Vietnam Airlines was so proud of being the country’s first airline to conduct the charter flight to the US more than a year ago to welcome compatriots back to the homeland. Today, we are pleased to announce the success of the inaugural roundtrip commercial direct flight between Vietnam and the US, marking a new milestone for Vietnam Airlines and Vietnam’s aviation.”

By the time that Vietnam Airways ups its flight frequencies in 2022, it could well be seeing a competitor carving out its own routes to the US. Bamboo Airways – a rapidly growing airline launched in 2017 – launched its own test flight from Hanoi to San Francisco, and is awaiting FAA clearance to launch a regular route, which could see American travelers spoilt for choice. Bamboo Airways also used a Boeing 787-9 Dreamliner – the same aircraft used in Vietnam Airways’ test flight.

From the famous karst landscape of Ha Long Bay, the hustle and bustle of life in Hanoi and the stunning beaches of Nha Trang – not to mention the rolling hills of Dalat – Vietnam is a cheap, vibrant vacation option that has something for everyone, and looks set to be welcoming travelers in the new year. The country recently announced its plans for a phased reopening from this month, leading to a full reopening by June 2022. 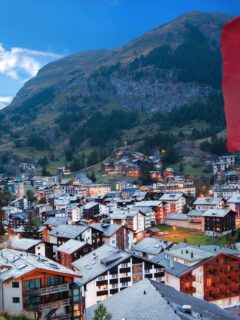 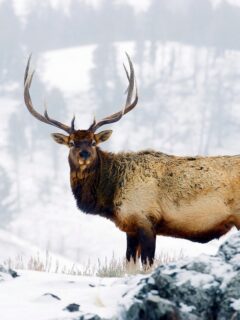 Next
Top 5 National Parks To Visit In The U.S. This Winter
Click here to cancel reply.