Some big changes are coming to Croatia next year that will directly impact tourists visiting the Mediterranean country. If you’re one of those dreaming of a Dalmatian summer in 2023, especially now that all Covid entry requirements have been dropped, be warned: new visa regimes changes and a new, stronger currency are being introduced.

After spending decades as an obscure nation in the Southeastern Europe, due to its period under communist rule, Croatia has been consistently swinging West and experiencing a pronounced tourism revival in recent years. Nevertheless, as cliche as it might sound, progress is impossible without change.

Now, the country is preparing to take another step on its path to European integration – and that includes making some major updates to its border regime and economy:

Croatia has been an European Union (EU) member since 2013, famously the last country to have joined the collective as of yet. While EU accession was no small achievement already, considering Croatia had been part of a communist union with other post-Yugoslav states only 22 years earlier, the country still had a long way to go in its Europeanization.

Despite being a full EU member, Croatia had been so far blocked from joining the continent’s passport-free Schengen Area. Comprising 26 countries that are either members of the EU or the EEA (European Economic Association), and Switzerland, the Schengen Treaty allows individuals to cross borders freely when traveling within the bloc.

What Is The Schengen Area?

Since its introduction in the mid nineties, Schengen has revolutionized travel in Europe. While international arrivals are still subject to passport control when traveling from a third country (e.g. flying from the United States to France or Spain), there are no actual borders or identity checks for tourists country-hopping in the Schengen Area.

This means Americans can easily drive from Italy into Switzerland, then Slovenia, Austria and Hungary, or the other way around, as easily as traveling between different states in the U.S., without any passport checks. Americans and other non-EU/EEA/Swiss citizens can stay in the Schengen Area for up to 90 days out of every 180-day period.

The 90/180 rule does not apply to European countries that are not in the Schengen Area, including Ireland, Romania, Bulgaria, Cyprus (and Croatia) that either have not qualified for Schengen accession yet, or have opted out of the agreement (in Ireland’s case). When visiting those non-Schengen EU countries, tourists can stay up to 90 days in each country.

Croatia’s Accession Into Schengen Will Inevitably Change Its Border Regime

As you might have suspected, Croatia will soon be waving goodbye to its non-Schengen peers. In order to become a member of Schengen, countries must fulfill numerous criteria, even after they have become EU members. Croatia had succeeded in attaining EU membership, but its inclusion in the Schengen Treaty had been placed on hold – until now.

As issues pertaining to the strengthening of Croatia’s borders with non-EU countries such as Serbia, Bosnia and Herzegovina, and Montenegro are resolved, and the country’s success in implementing much needed reforms is recognized, the European Council seems ready to give the Adriatic hotspot its coveted Schengen status, at last.

In a press release issued on June 29, the Council affirms the draft text proposing Croatia’s inclusion in the Treaty will be handed to the European Parliament for consultation. As fellow EU members, especially Slovenia bordering Croatia to the North, are strong advocates for the country’s entry into Schengen, it is highly likely this will materialize as soon as 2023.

The Prime Minister expects a decision to be made in the upcoming weeks, with all border checks between Croatia and other Schengen, EU states being tentatively dropped on January 1. Once it becomes a full member, Croatia will start applying Schengen’s 90/180 rule: essentially, any visits to other Schengen countries will count towards your visa limit in Croatia.

For example, if you have spent 41 days traveling France and Italy, then crossed into Slovenia for another week, and finally drove south to Croatia, you will only have 42 days to spend in Croatia as opposed to the previous 90 full days. On the bright side, you will no longer be subject to border controls arriving in Croatia from other Schengen countries.

The Kuna Is Being Dropped For The Euro

EU membership is not synonymous with Euroization. Several EU members, that are both in and out of Schengen, do not use the Euro, such as Denmark, Poland, Hungary, Romania and Bulgaria. These states are legally obliged to join the Eurozone eventually, but no deadline has been formally established.

Croatia had been one of them, but unlike other states that have got comfortable, it has pushed for years for wider European integration – that involves, naturally, adopting the Euro as the national currency. Fortunately for Croatia’s Europhiles, the country will officially drop the Kuna on January 1, 2023.

In order to be allowed to print Euro notes, aspiring countries must have a one-year inflation rate below that of the three best EU performers, and on top of that a 1.5 percentage point margin. They must also guarantee the independence of their central bank, as well as outlaw monetary financing, tests Croatia has passed with flying colors.

Once the Euro is rolled out, Croatia will become the 20th country using the currency – excluding Montenegro, a non-EU nation that has adopted the Euro ilegally. When visiting Croatia from other EU countries, tourists will no longer need to swap their Euro notes for Kuna, starting in January, making cross-border travel a lot easier.

Travelers should still take these news with a grain of salt, taking into account the Kuna has historically been considered a weaker currency compared to the U.S. dollar, the Canadian dollar, and the British pound. The Euro may be almost at a par with the dollar, but it is certainly not as depreciated as the Kuna.

Croatia is also becoming an increasingly expensive destination. Once a budget-friendly haven for solo travelers heading to the Eastern Mediterranean for summer, instead of the overpriced Spain and Italy, prices in Croatia are resembling more and more those in Western Europe. Euro adoption, and the aggravating crisis, could push them up even higher.

Croatia borders five other countries, a source of major infrastructure problems since Yugoslavia fell apart and new nations arose from its ashes. Due to its unique geography, comprising of Central European plains and a coastline that thins progressively until it is barely discernible from other countries, the country’s road map is intriguing to say the least.

At present, when arriving from Zagreb or Northern Dalmatia, it is impossible to reach Dubrovnik, arguably the leading tourist destination in Croatia, without driving through a stretch of Bosnia and Herzegovina. The Neum corridor is Bosnia’s only access to the sea, running for a grand total of 5 miles. You read that right.

In order to access Dubrovnik, tourists must enter Bosnia, undergoing passport control, and after a 5-10 minute drive, re-enter Croatia a second time, passing through checks once more. During the Yugoslavia years, transiting Neum was never a problem, as both Croatia and Bosnia all formed part of a single national entity.

Since these countries declared independence, and particularly after Croatia joined the EU in 2013, the Bosnian-controlled, 5-mile long Neum has become a massive stone in the shoe of travelers on a Croatian road trip. Even though it is supposed to be a short drive, crossing it can take hours during the peak summer season, when traffic going both ways increases.

For years, Croatian authorities have promised a solution to the Neum issue, generally in the form of a bridge running parallel Bosnia’s territory and connecting the Dubrovnik provinces to rest of Croatia’s Dalmatian coast. The bridge has been subject to a lot of speculation, and countless delays, but it is finally opening soon.

As confirmed by Nikola Dobroslavic, the Prefect of the Durbovnik-Neretva County, the bridge will be officially opened, albeit partially, on July 26. Some lanes will already be fully functional starting this summer, but the bridge’s full potential will only be unleashed in late 2022/ early 2023, when access roads on the Ston side are scheduled to be completed.

Called Peljesac, this bridge will change the landscape of Balkan travel forever, providing Dubrovnik with a direct link to other destinations in Southern Dalmatia. Additionally, it will help reduce traffic on this busy Split-Dubrovnik route, now that the Bosnian border will no longer force drivers to slow down for checks, although Neum will remain an option.

Schengen Or Not, Croatia Remains Open For Tourism

Whether it’s the walled city of Dubrovnik, formerly the ancient maritime power of Ragusa, Zadar’s sunsets, considered the most beautiful in the world, or the numerous Roman monuments scattered around the Istrian Peninsula, Croatia is every bit as incredible as the pictures would have you believe, and it will remain open for tourism, Schegen or no Schengen.

As the country inches closer towards complete European unification, tourists are advised to check new visa regimes that may be enforced from 2023 moving forward. Tourists can use this official EU Calculator to keep track of the time they are allowed to remain in the Schengen Area, soon to encompass Croatia. 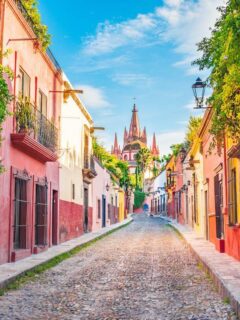 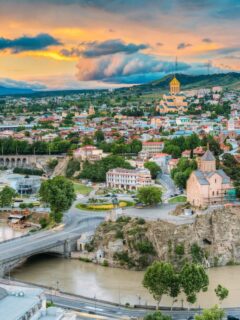 Next
Top 5 Cheapest Cities That You'll Actually Want To Live In
Click here to cancel reply.