Three US-based airlines have been included in a recent list of the world’s top 20 airlines, down from four in the same list of the world’s best airlines which was published last year. The list, which was carefully curated by the team of aviation experts behind the popular AirlineRatings website, was revealed just yesterday, and features all of the usual airline big-hitters battling it out to be crowned the world’s leading airline – with some notable absences from US airlines too.

Taking into consideration a range of different factors, such as safety, innovation, passenger comfort, service and staff engagement, the list of the world’s best airlines could play a key role in helping passengers decide which airlines to fly with in the future – and which ones they should stay clear of. Here’s a look at the top 20 airlines in the world, plus a look at how the list was formulated and why the leading airlines took the top spots.

Assessing The Airlines – What Travelers Should Know

In order to be considered for the top 20 list, airlines must have achieved a seven-star safety rating, as well as having demonstrated leadership in their innovation for passenger comfort. In addition, AirlineRatings’ editors also cast a keen eye on whether or not an airline has a consistent level of service and staff engagement, with the website’s Editor-in-Chief Geoffrey Thomas adding “we are focused on leadership and airlines that innovate to make a real difference to the passenger experience.”

Importantly, the current problems the aviation industry is facing, such as a lack of staff, high levels of delays and cancellations and sky-high flight fares did not affect the rankings, with Thomas highlighting the fact that it is a unique event and not entirely the fault of the airlines. Once all of the above criteria are taken into consideration, the airlines are ranked from 1 to 20 and short summaries are offered as an explanation of the rationale behind the decisions.

In a repeat of last year’s list, Qatar Airways has once more been crowned the world’s leading airline. Celebrated by AirlineRatings for its “cabin innovation, passenger service, and its commitment to continue to operate throughout the COVID pandemic,” with the airline posting record profits during a time when others struggled. Qatar Airways regularly tops lists of the world’s best airlines, and also picked up awards such as Best Business Class and Excellence in Long Haul Travel.

Second in the list came Air New Zealand, with the website claiming that the airline is “always at the forefront of airline awards because of its constant innovation and industry leadership.” In third place was Etihad Airways, which also took the Best Environmental Airlines award and was vaunted for its leadership in the 787 Greenliner program. Filling out the rest of the top sports were Korean Air in fourth place, Singapore Airlines in fifth and Qantas in sixth, marking a good year for airlines from Oceania.

The US was represented by three airlines, but this was one airline fewer than they managed on the same list last year. New addition to the list JetBlue Airways, along with Hawaiian Airlines, and Alaska Airlines, came in 14th, 17th and 19th positions respectively – whilst Delta Air Lines and United Airlines fell out of the top twenty altogether and American nowhere to be seen. Whilst Southwest Airlines was unable to feature in the list due to being a low-cost carrier, the airline was crowned the best low-fare airline in the Americas.

The full top 20 is as follows: 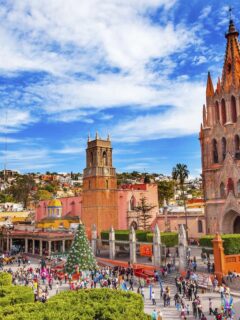 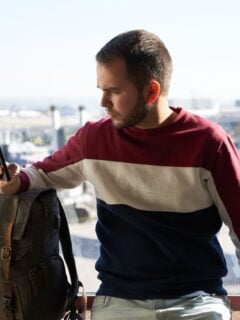 Shitty US Airliners, TSA and its elk destroyed air travel industry. There is no pleasure traveling with commercial airliners anymore. Private Airliners beats the US and other Commercial Airliners, but prohibitive prices of private airliners rich folks are taking advantage of this and COVID does not exist when flying with private jets.

All travellers and tourists alike should support business who is not of the World Economic Forum, which are 99 percent of the airlines and big corporations around the world. Explore the Freedom Travel Alliance. I do not get any advertisement money from them. I just want Freedom of Travel reign supreme again.

I am really surprised Frontier and Spirit aren't number 1 and 2 on that list! What a load of cr**p... sorry. Whoever came up with that list obviously has never flown any of those airlines.

ANZ and Etihad that high is a joke. love that KAL finally gets the recognition it deserves. the cabin crew are simply the best and most professional. and everything else they're seeming to improve

Which shows that what I look for in an airline is not what the polled people do. There is a big difference between the needs of frequent business travelers in the premium cabins and what the infrequent vacationer looks for. So I will continue to book based on my experience rather than such polls. Then only have myself to blame if it does not work out.