3 Ways Travel To Europe Will Change For Americans Next Year

Europe may have fully reopened after nearly three years of strict health screenings pertaining to the pandemic, but this does not mean it is getting lax about immigration or easing border rules. Beginning next year, the continent is enacting enact three big changes affecting American visitors directly, as well as other non-Europeans.

A majority of Europe is both within the European Union (EU) and Schengen, two entities that promote the free movement of people and goods across internal borders. On the downside, the fact that passport control has been mostly abolished within the area has raised security concerns in recent years, especially after the 2015 migrant crisis.

Now, lawmakers in Brussels are tightening checks and ‘improving’ surveillance on intra-EU travel – and Americans are not exempt:

Visitors Will Be Fingerprinted From May

Perhaps the most crucial change set to come into effect, the EU and its closely associated Schengen will start fingerprinting foreign visitors, as well as taking their biometric data, as part of the new Entry-Exit System as soon as May 2023. This is aimed at reinforcing the 90/180-day rule and keeping a shared database of everyone entering the bloc.

Traveling to the Schengen Area, which today comprises 26 countries, including France, Germany, and Italy, Americans are only allowed to remain in the territory for up to three months out of every six. As of now, control is carried out by means of manual stamp checks at every external border of Schengen to ensure ‘overstayers’ are identified and punished.

From next year, manual checks, and potentially passport stamps, will be a thing of the past as all incoming visitors will be subject to biometric authentication, making it much harder for law-breakers to stay under the radar. The measure has already been rolled out in Prague Airport, where registration ‘kiosks’ have been implemented.

Modeled after the U.S.’s ESTA, a visa-waver program requiring eligible foreigners to apply for a travel permit lasting up to two years, Europe is introducing its very own electronic authorization, dubbed the ETIAS. From November 2023, Americans flying across the pond will only be permitted to do so when carrying valid ETIAS.

It is worth noting this is not a visa, as nationalities restricted by visas will continue to be required to apply at a Consulate and submit all the necessary documentation ahead of planning a vacation. This scheme is directed only at countries that have established visa-free agreements with the EU and Schengen, such as the United States and Canada.

An ETIAS will cost U.S. $8.00 on average, a much cheaper fee compared to the U.S., and applications will be made exclusively online via a dedicated web page, yet to be launched. The authorization will remain valid for three years, longer than the American one, and allows multiple journeys into the Schengen Area during that period as long as the 90/180 rule is observed.

Long-Term Travelers Will Have Fewer Options

Lastly, the European Commission (EC) has been encouraging Schengen member states to lift border controls with at least three of their fellow EU partners. Although Schengen is deeply intertwined with the European Union, there are EU nations still lying outside the borderless agreement, such as Croatia, Romania, Bulgaria, Cyprus, and Ireland.

Ireland has officially opted out of Schengen in favor of its Common Travel Area with the neighboring United Kingdom, but the remaining four EU countries have been aspiring to enter the select group for years. Finally, Croatia seems to have completed its path to full European integration, being the closest to joining Schengen.

Croatia might be promoted to the zone on January 1, while the case for Romania and Bulgaria’s accession is being pushed by the EC, with a vote on the matter set to take place later this year. Cyprus, on the other hand, continues being barred in light of the ongoing Turkish occupation of the northern half of the island.

Should Croatia, Romania, and Bulgaria join simultaneously, the move will permanently alter the landscape for long-term travel in Europe. After all, an American’s stay in Schengen cannot exceed the maximum 90 days in any 180-day rolling period, and many have used non-Schengen states to ‘reset’ the clock until they are allowed back in the zone.

Fortunately, once the trio + Cyprus join their EU counterparts, there are still several European countries that are not signatory or are not eligible to participate in the treaty, such as:

*Travel to Belarus, Russia, and Ukraine is currently advised against due to the Russian invasion of Ukraine

Any visits to the above countries, which grant Americans up to 90-day stays individually, do not interfere with your Schengen limit. For more relevant updates on travel in Europe, visit this link. 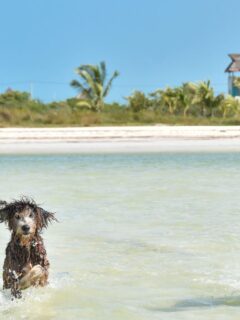 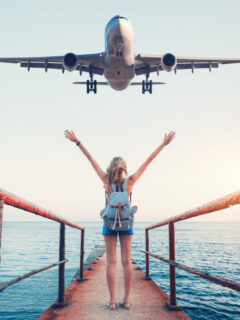 Next
Travel Is Normal Again, But You Still Need To Check 5 Things Before You Fly
Click here to cancel reply.

No. We must resist this and stand against digital slavery.