Europe is tightening security and clamping down hard on immigration. Besides the roll-out of a new travel authorization scheme, set to be implemented next year and making visits to the continent more bureaucratic, Brussels will soon start requiring foreigners to register fingerprints and be photographed when visiting.

For years, the European Union (EU) has mulled over introducing both an electronic visa waiver program in the mold of the United States’ ESTA, something described alternatively as an entry fee, as well as increasing surveillance at major entry points. Beginning in 2023, these plans will finally come to fruition – to the dismay of some.

Here is everything you need to know about the latest proposals coming from the European headquarters and what the implementation of the long-anticipated Entry-Exit System means for American tourists:

What Is The Entry-Exit System, And How Does It Affect U.S. Tourists?

The EU’s Entry-Exit System, shortened to EES, is described as an automated ‘IT system’ designed to register tourists arriving from third-countries – namely, non-EU nations like the United States, Canada, and the United Kingdom. Effectively, it will set the precedent for a fully-digital border, replacing passport stamps and lengthy border interviews.

Once the EES is up and running, travelers will have their dates of entry and exit out of Europe added to a shared database. Seeing that most foreigners are only allowed to spend 90 days out of every 180-day period within the zone, and date count is normally conducted via manual checks of passport stamps, this will strongly discourage ‘over-stayers’ from breaking the rule moving forward.

The caveat, at least for those concerned about privacy and the handling of their biometric data? It will result in non-European travelers being required to give their fingerprints and be photographed the first time they travel to or return to Europe after the EES is functional. This will be a one-off procedure.

The data will be stored by Frontex, the agency responsible for Europe’s border security, for any future visits.

How Will Registration Work?

Other than their facial features and fingerprints, the EES system will also require travelers to provide their full name and the type of document used for travel. Moreover, it will record ‘refusals of entry’, meaning American travelers in breach of the 90/180 rule may face serious problems traveling to Europe from 2023 (or worse, be punished with multiple-year entry bans).

As the European Commission puts it, they expect the EES to replace the current system of passport stamping. Officials have deemed it ‘time consuming’ and ‘unreliable’ when it comes to detecting over-stays. On the other hand, they claim it will help ‘bona fide‘ third-country travelers to enter Europe ‘more easily’, simply by scanning their way in.

The EES launches officially on May 2023, though a number of trials are already happening within Europe’s Schengen Area. The airport in Prague has begun registering passengers using the so-called ‘easykiosks’ from security company Secunet. As part of this trial, eligible tourists must follow the steps detailed below:

Is Europe About To See A New Wave Of Travel Delays?

Unless thorough checks are required, and excluding any errors, Prague Airport has reported an average time of 89 seconds. Time and smooth processing in airports are key, as you might have realized yourself last summer, and the introduction of the Entry-Exist System has understandably been a cause of concern for cross-border authorities.

With more than one minute added per processed passenger, wait times could increase dramatically across Europe’s border crossings next year, especially after May, when the first few rounds of EES registrations should take place. Authorities of the Port of Dover, the busiest border point between the U.K. and the EU, even warned of a chaotic summer of 2023.

Europe is aware of these concerns and has vowed to make EES implementation as seamless as possible. Prague, for instance, has installed 58 ‘easykiosks’ to handle a high ‘first-time visitor to Europe’ demand, as well as 17 ‘easygates’. We expect major transit hubs like Amsterdam Schiphol and Frankfurt International to install several more.

As for processing times in other hubs and other trials, we don’t have available data as of yet.

Are The EES And ETIAS The Same Thing, And Where Do They Apply?

The EES is a different thing altogether from Europe’s Travel Authorization scheme, or ETIAS. Visiting Europe from late 2023, besides undergoing biometric screening, Americans will be expected to request an ETIAS ahead of boarding – it costs roughly seven dollars to apply, and the authorization remains active, on a valid passport, for three years.

It is worth noting also both the EES and ETIAS apply exclusively to destinations within the Schengen Area, a collective of countries that either belong to the European Union, or are close partners, such as Switzerland and Iceland, which have formed together a customs union where internal border controls do not apply.

The EU, or its closely-associated Schengen Area, are not all of Europe.

Other European countries and territories not participating in the EES and ETIAS schemes, due to not being EU or Schengen members, include:

For queries relating to the Entry-Exit System, please refer to the official web page here. 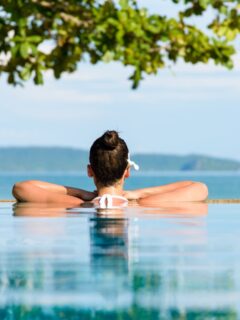 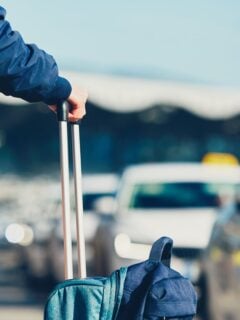 Anyway ETIAS will be mandatory in 2023. Postponed several time, will have to check when it starts exactly

I overstayed the 3 months once...a decade or so ago. Left via a place where they are more lax....Milan. That's what I read a long time ago anyway. No desire to stay long anymore, but that loophole I guess is gone for now.

The beginning of the end...