It has been a rough couple of months for the aviation industry, with Europe being hit especially hard. With unprecedented travel demand, airlines and airports across the world are struggling to cope with a post-covid population eager to travel.

Europe appears to be at the front center of all the turmoil and chaos, that is why it is considered one of the worst places to travel to this summer.

Every country around the world is navigating through the post-covid era in its own way. Each region has its issues and problems.

In Asia, the aviation industry was slow to recover, with many countries enforcing strict entry restrictions and Covid-19 measurements. In the U.S. the airline industry is suffering from a pilot shortage that has caused massive flight interruptions across the board.

In Europe, a perfect storm of a variety of problems has occurred. High ticket prices, a mounting of cancellations, and numerous labor strikes at airports across Europe are largely to blame for the situation in Europe.

Visit any major airport across Europe and you’ll likely come across the same scenario: long lines, delays, and cancellations, all fueled by short airline and airport staffing.

Between the month of April and June, Europe has had more than double the cancellations of U.S. carriers according to flight tracking company RadarBox.com.

The cancellation of flights in Europe is also higher than in other parts of the world. In June alone, a total of 7,870 were canceled in Germany, France, Italy, and the UK. That is almost triple the number of flights that were canceled during the same period in 2019, according to Cirium.

The fact that those flight cancellations also happened in June, which is the start of Europe’s notoriously busy peak summer season, is also why Europe is the worst place to travel to this summer.

Airfares across Europe are on a rise.

At the same time as airlines are trimming their schedule and canceling flights, ticket prices across Europe are soaring. Fewer flights are operating across the continent and the ones that do operate come with record price tags.

Popular summer routes are more than three times higher than the same week only a year ago, according to data from Kayak.com. International routes between Europe and the U.S. have also tripled in price.

The glaring problem with current travel in Europe.

Airlines and airports across Europe simply aren’t equipped to handle the influx of daily passengers that they receive.

Recovery in air travel after the pandemic has been faster than anticipated by most aviation experts and is why the industry is slow to get back on track.

A major problem for airlines across Europe is the strikes that are happening. Flights out of Paris Charles de Gaulle on Thursday had to be reduced because of a walkout by firefighters.

Meanwhile in Spain, Portugal, and Belgium Ryanair staff went on a three-day strike last weekend to protest low wages. Later, colleagues in France and Italy joined the movement and went on strike as well.

One of Lufthansa’s chief executive officers said that things probably won’t return to normal until the end of the year, showing further proof that traveling to Europe and within the continent, is currently a tough thing to do.

Traveling by air anywhere right now is going to be harder than what most people are used to. This is especially the case in Europe during the peak travel season. Millions of people travel from all over the world to visit countries such as Spain, France, Germany, and the UK.

The high demand outnumbers the amount of staffing that is available to airlines and airports across the continent. The only solution? Time! Airlines in Europe will need months to sort through their staffing shortages and labor union negotiations.

Until then, passengers can either choose to avoid the continent altogether until the situation has improved or have a backup plan for their trips. 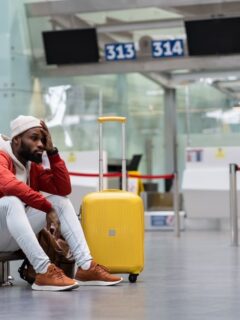 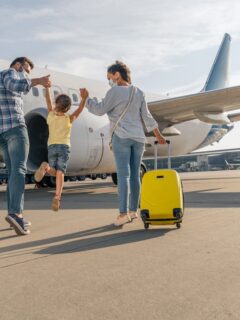 Next
These Airlines Will Give Free Hotels And Attractions For Travelers On A Layover
Click here to cancel reply.

We ain't going anywhere abroad until it is sorted out. We are really enjoying staying closer to home. Found a real gem of a place. It's the UK's chance to seize the opportunity by bucking up their ideas before it's too late and we're all flying abroad again.

@Ger, True, I canceled my trip to Europe because of this mess.