Countries in Europe might be very close to each other but consumer goods and services prices can be way different. Do you know which country has the most expensive hotels and restaurants? A new report has all these answers.

In a recent publication made by the European Commission’s data analysis wing Eurostat, the Comparative price levels of consumer goods and services, Ireland and Denmark were considered the most expensive countries in the European Union (EU) with prices 40% higher than the regional average in 2021. Traditionally, countries like Finland, Luxembourg, and Sweden used to take the first place.

The cheapest countries in the EU are Romania and Bulgaria with prices 44% lower than the average, followed by Poland and Hungary. Restaurants and hotels were the main factors that affected each country’s rate.

According to experts, the most expensive destinations are probably more expensive now since this study considered prices in 2021, before the Ukrainian war. A spokesperson for Bonkers.ie—a consumer information and comparison website— said for the journal Irish Examiner: “These figures were compiled before scores of hotels were block-booked by the Government to house asylum seekers and Ukrainians fleeing the war, which some say has led to prices in the hotel sector skyrocketing this summer.”

Travelers can use the information shared in this report to plan their next trip to Europe. They should also consider avoiding certain airports during summer and revise more specific information about costs in their preferred destination, like Spain’s report on the cheapest and most expensive cities.

The Most Expensive Countries In Europe

Denmark has been considered the most expensive country in the European Union, but other destinations on the continent are even more expensive. Eurostat made a ranking considering costs of living, combining many factors in the equation.

In the average list, “countries are sorted according to their overall price level for household final consumption expenditure”. These are the 10 most expensive countries in Europe according to the study:

Regarding transportation services, Iceland is the most expensive. Switzerland has the most expensive hotels and restaurants in Europe and Denmark in the European Union. Ireland has surprised many with the high costs of living, especially the food prices. Food in Ireland is 17% higher than in other countries in the European Union, followed by Luxemburg.

The Cheapest Countries In Europe

If you want to travel on a budget, you can explore the Balkans —which are also part of the most restriction-free area in Europe— and make sure to visit fascinating destinations such as Turkey or Bulgaria.

Eurostat showed that the main gap in price among European countries was related to hotels and restaurants —which cost 3.4 times more in expensive countries compared to the cheapest ones. According to the data shared, these are the cheapest countries in Europe:

(p.s. Eurostat’s report included Turkey as a European country, as the nation has territory in both Europe and Asia.)

Turkey has the cheapest food, hotels, restaurants, and transportation services in Europe. And you will find the cheapest alcoholic beverages and tobacco in North Macedonia.

Other popular destinations in Europe like France, Austria, Germany, Italy, and Portugal remain pretty close in the ranking, near the average prices in Europe. 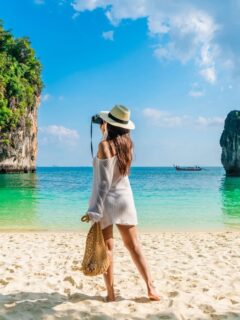 Previous
Thailand Lifts All Mask Requirements Both Indoors And Outdoors 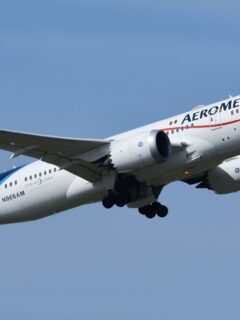 Romania, no. Not even close. Your value for $$ in Bucharest is very limited as produce cost just as much as countries in Spain but for far inferior quality as most things are imported. All other countries seem alright... Romania is okay though, just very little in return.

@David, Outside of Bucharest its farily reasonable

The cost of living in Bucharest (which has a GDP comparable to other cities in the West) is not comparable to the rest of the country, as most people already know. Produce is of inferior quality as "most things are imported"? How does that make any sense? Are local products logically superior? In any case, that statement is wrong too, as there's nothing wrong with the produce.

Ukraine, Belarus, Russia and Moldova are all much cheaper than most of your list...Bulgaria is not in the Schengen zone. Albany is in New York, Albania is a country...and Monaco and Liechtenstein are both far more expensive than Ireland or Belgium..

have you been to moldova