If you’re planning a trip to Europe this summer, you might be in for long travel delays and there are a few airports across the continent you may want to avoid.

Europe has been inundated with travel interruptions that have caused headaches and frustration for hundreds of thousands of people in the past few weeks alone. Things aren’t getting better either. In fact, it may be getting worse.

Airports in Europe are struggling to keep up with traveler demand.

There are a few European airports travelers may want to avoid this summer if they want to steer clear of the chaos that is looming over the travel industry.

Every day it feels like there’s another issue at a major airport across the globe. From flight cancellations, and hour-long delays, to airline strikes that cripple entire operations.

Traveling in the summer of 2022 is back but it’s not going to be easy.

In the front of it all is Europe, home to the 5 most visited countries in the world. Each year Europe welcomes north of 700 million tourists, and this summer is bound to be a record year for international travel to the historical continent.

Airports throughout the U.K. including Heathrow, Gatwick, Stansted, and many more have been hot-spots for thousands of cancellations over the past weeks.

British Airways has been forced to cancel around 8,000 flights between March and October.

This decision was largely affected by the government’s involvement, urging airlines to cancel flights preemptively in order to prevent further chaos across U.K. airports.

The government wasn’t the only one asking, Heathrow airport which is the U.K.’s busiest airport with 1,300 daily flights, asked airlines to cancel around 10% of flights just earlier this week.

This isn’t even the worst of it, just this past weekend, travelers at Heathrow had to wait for hours to retrieve their luggage, ruining and delaying entire trips.

The airport is hoping that with this limit, airlines will be able to better handle travelers during the peak summer season.

The Netherlands’ biggest airport is putting a limit on how many passengers will be permitted to fly out of the airport this summer. This comes after passengers have had to wait for hours outside the airport just to make it to the ticket counters, let alone make their way through security.

The airport and airline cited staffing shortages as the culprit and will also put a limit on the number of daily flights in and out of the airport.

Easy Jet, a popular low-cost airline in Europe is facing difficulties with its Spanish cabin crew. Unions have urged cabin crews based in Spain to go on strike for nine days in July over ongoing pay disputes.

Despite the airline’s assurances that a strike would not impact airport operations throughout the country, it is unclear how a staff walkout could not impact flight operations given the already low amount of staff airlines have at their disposal.

Other European airports are at risk as well.

Lufthansa has also announced that it will cancel almost 1000 flights in July due to staffing shortages. This will mainly affect Germany’s two major airports in Frankfurt and Munich.

Travels may want to avoid those two airports, especially on Friday, Saturday, and Sunday, as the airline announced cancellations will be affecting the weekends.

Brussels, Belgium’s capital, and home to its largest airport is also facing severe travel interruptions with thousands of employees taking to the streets and striking the country’s labor laws. The airport has already seen the cancellation of at least 315 flights, affecting around 40,000 passengers.

Similar strikes can be expected this summer.

The immediate future of aviation across the globe.

It turns out that in order to operate airports you need proper staffing, something that has been in short supply over the past 2 years. The global aviation industry lost around four million jobs since the start of the pandemic in 2020.

Getting the right people to fill those jobs takes time – time that airlines thought they’d be having more of.

No one predicted such a high demand for travel in a post-covid world. Airlines certainly didn’t.

It is unclear how long airlines and airports across Europe and beyond will need to get their staffing to proper levels, some experts believe it can take up to 12 months.

The only thing travelers currently have control over is what airports they fly in and out of. Avoiding the major airports in the U.K. , Spain, and The Netherlands will be your best chance to lower the possibility of having to deal with flight interruptions. 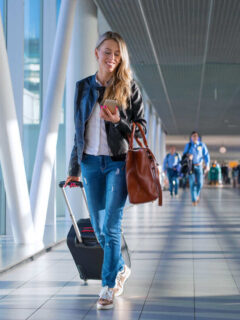 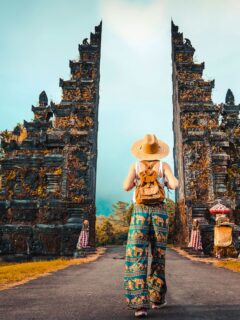 Hopefully not just this summer. There are way to many flights in Europe and Schiphol Airport in the Netherlands is too big for such a small country: most travelers arriving there are not even visiting the country but are just waiting for their transfer. And the wages at the airport are ridiculously low, nobody wants to work there (anymore).

CDG? it was a circus when I went there recently