As a result of increasingly common staff shortages, security issues and flight delays, thousands of passengers have missed their flights across Europe this week. The travel chaos experienced in some of the heavily affected airports is likely to continue as the aviation industry faces one of its worst post-Covid crises – and it could aggravate even further.

The dark days of Covid may finally be behind us, but now we have another huge problem at hand: the severe staffing constraints some airports are reporting as a long-term consequence of the pandemic. Trouble was brewing for months, but it was not until recently that the full extent of the problem was finally perceived.

If you’re flying to Europe soon, you may want to make some contingency plans for a worst-case scenario, and this is why:

Following an early warning from the UK, the first European country to foresee a chaotic summer due to understaffing at airports, several other European hubs now expect the upcoming travel season to be in the very least tumultuous. Unfortunately for travelers, not even the continent’s largest, and best-equipped airports, are immune to chaos.

Amsterdam’s Schiphol, Europe’s third-busiest airport, is struggling to cope with overwhelming post-Covid demand. Lines are so long they snake beyond the terminals’ front doors, and a shortage in security staff has meant travelers are subject to extremely long waiting times until their bags are checked and they are cleared to fly.

KLM, the Netherlands’ flag carrier, has even suspended ticket sales at the airport while issuing a new travel alert for Schiphol. The airline went as far as offering customers the option to rebook their flight tickets if they were due to fly between May 23 and June 5, giving a strong indication the airport is not prepared for the busy summer approaching.

Passengers Could Miss Flights Even When Turning Up Super Early

Much like what’s happening in Ireland, showing up at the airport early no longer guarantees boarding, as some customers report queuing for as many as six hours – only to miss their flights in the end anyway. This is particularly worrying, as Schiphol is one of Europe’s main points of entry and serves as a connecting hub for other regional hubs.

Over in Sweden, Stockholm’s Arlanda is facing similar issues, and they are likely to worsen over summer when passenger numbers increase. As suspected, Sweden’s most important airport is battling a chronic lack of security staff, causing passengers to stand in line for hours despite making it to the airport several hours in advance.

Taking to social media, passengers transiting Arlanda recently have urged fellow travelers to arrive super early as delays are now unavoidable. In a tweet that has gone viral, one customer advised others to get to the airport at least 4 hours in advance due to ‘horrendous’ queues at security and passport control.

The situation at Arlanda is so concerning that the Swedish Parliament has urged Swedavia, the airport’s operator, to explain itself to the public. In other words, Sweden may be now fully open without any Covid restrictions, but those flying there are best advised to allow for some extra time of queuing.

According to Swedavia, they are already mass recruiting to try and minimize disruption, though that is unlikely to solve things in the short term, as background checks for new staff take time. In other dispiriting news, Thomas Juin, president of the Union of French Airports, has confirmed airports will be understaffed during summer:

‘We should not be under any illusions’, Juin was quoted saying, ahead of confirming some of the worst fears that European tourism will have a bumpy comeback after the virus. All three of Paris’ international airports are strained, with Charles de Gaulle, the busiest serving both the capital and France as a whole, reporting disruptive delays as soon as early May.

Orly, the second most important airport in the Paris region, is yet to suffer from overcapacity, but it has been clearly ‘under tension’, as stated by director Sandra Lignais. Similar to Dublin Airport, Amsterdam’s Schiphol, and Arlanda, French airports have lost 15 to 20 percent of their staff, and the impact is only starting to show.

As the shortage of airport staff is ‘industry-wide’, and seems to affect not only the above countries, but all of Europe, we recommended you to arrive earlier than usual and prepare for travel plans to change at very short notice. There are other precautions you can take to ensure better preparation if faced with adverse events, such as: 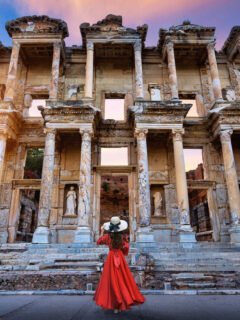 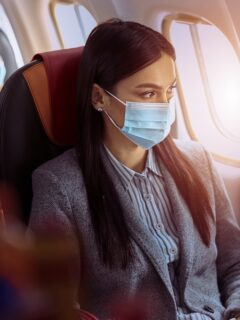 Why the staffing shortages? Is it the adverse effects of the vax, causing illness and staff absence?

@Stephan, the vast majority of people in the 1 world countries have been vaccinated - some 80-90%, sometimes 95%. In Europe in particular.

So who is responsible for that havoc now if not the vaccinated?

@Stephan, why are the consequences of the “poor working conditions in the industry” felt after everyone got vaxxed?

It is the poor working conditions in the industry....in the anti-vaxxxer's world the vaccine is responsible for any issues that occur. Shows how much intellectual capacity anti-vaxxxers have in their limited small world to draw conclusions.....