The U.S. government is attempting to get the mask mandate for public transport in the United States of America reinstated – following its removal by a federal judge on 18 April.

The Justice Department has just filed a 48-page document, which is ultimately asking for a federal appeals court to overturn a ruling – that was made more than a month ago – which stated that the government’s mask mandate for public transportation was “unlawful”.

The mandate had previously been extended on a number of occasions – with it set to have expired on 18 April.

Just a few days prior to the 18 April expiry date, however, the Centers for Disease Control and Prevention (CDC) did in fact extend the mandate once again – which would have seen it enforced up until 3 May.

That is when a US district judge – Kathryn Kimball Mizelle – stepped in to overturn the mandate – at the time saying that the CDC had “overstepped its authority” by enforcing a mask mandate for all forms of public transport throughout the United States of America.

She also justified the court’s decision – at the time saying that wearing a mask “imposes directly on liberty of interests.”

Now, however, the U.S. government has decided to appeal the judge’s decision – with an attempt to have the mask mandate for public transport reinstated – with its Justice Department having the following to say on the matter:

“None of the district court’s quarrels with the CDC order comes close to showing that the CDC has acted outside the ‘zone of reasonableness,’” the department wrote.

The Mask Mandate Saga Has Caused Confusion For Americans

There is no doubt that following the removal of the mask mandate by a federal judge in Florida, there has been a certain amount of confusion among American citizens – which in some situations has caused chaos and arguments to prevail, in particular across transportation hubs around the country.

This is because following the removal of the mandate – which basically meant that it was no longer a ‘legal’ requirement to wear a mask when using public transport throughout the U.S. – some transportation hubs were still requiring passengers to wear one.

For example, this was the case at some airport terminals around the country, with passengers at LGA and JFK airports in New York City still being asked to wear a face mask when inside their terminal buildings – although they were not required to wear one once they boarded their plane.

Similar situations were also happening at cruise ship terminals around the U.S. – with each terminal making its own decision on whether passengers were required to wear a mask, or not, when on their premises.

And, in the following few days after the court’s ruling that the U.S. government’s mask mandate for public transport was ‘unlawful’, we saw the nation’s airlines, as well as major ride-share companies, Uber and Lyft, also release their own statements regarding the removal of the mandate.

Will The Mask Mandate For Public Transport Be Reinstated?

For now, we do not know the answer to this – with the government’s appeal having only just been filed at the 11th U.S. Circuit Court of Appeals on Tuesday (31 May).

At this moment in time, however, masks are still NOT a legal requirement when using public transport throughout the United States – even though the CDC does recommend that passengers “wear masks in indoor public transportation settings at this time.”

Just two weeks ago we reported that the city of New York was urging tourists in the city to wear face masks due to the spread of a new variant of Covid-19 – BA.2.12.1.

NYC’s Commissioner of Health and Human Hygiene, Ashwin Vasan, at the time advised all residents – as well as tourists visiting the city – to wear a face mask ‘at all times’ when in indoor venues and public spaces.

Masks Are No Longer Mandatory On Flights In Europe

Last month we reported that the European Union Aviation Safety Agency (EASA) and the European Centre for Disease Prevention and Control (ECDC) had announced that it would no longer be a mandatory requirement for passengers to wear a face mask (from 16 May) when transiting at airports – and on board flights – in Europe.

Cancun Officially Removes The Use Of All Face Masks 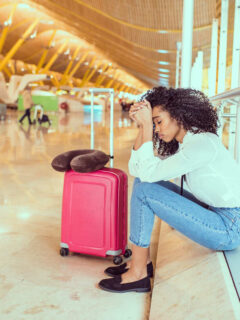 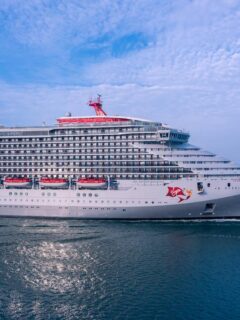 Next
Virgin Voyages Is Giving Away 1,000 Cruises This Summer
Click here to cancel reply.

The CDC should be disbanded and its rulers be tried at the ICC.

For those who wore the mask during the 'pandemic,' this is a public service announcement: Take off the face muzzles for good so the masses don't feel the need to be compliant. They don't work and it's all kabuki theatre :).

Hopefully the supreme court agrees with the lower court and permanently strips the CDC of its powers. The executive branch cannot legally make these rules without congress, they exceeded their constitutional powers.