The Transportation Security Administration (TSA) has just announced that it is extending its mask mandate for public transport by a further month – with it now set to end on 18 April.

However, it is not the first time that the TSA has decided to extend the mask mandate – with the U.S. department agency having extended it twice already.

So, What Does The Mask Mandate Mean For Travelers In The U.S.?

Basically, it means that travelers are required to wear a mask at all times when using public transport – or when transiting through transportation hubs – throughout the United States of America.

This includes wearing a mask when traveling on – or transiting through:

There are, however, a few exemptions when it comes to the requirement to wear a mask when using public transportation – which includes travelers who are aged 2 and under, as well as individuals with certain disabilities.

Why Has The Mask Mandate Been Extended?

The TSA has decided to extend the mask mandate by a further month – with it now set to expire on 18 April – due to the advice and guidance from the national public health agency of the U.S. – the Centers for Disease Control and Prevention (CDC).

The CDC has said that it will work alongside other government agencies to decide upon when the mask mandate can be removed – including reviewing and revising the current policy framework with regards to use of masks on public transportation.

A revised policy framework is to be “based on the Covid-19 community levels, risk of new variants, national data, and the latest science” according to a statement released by the CDC yesterday (10 March).

Although the CDC had said back in February that the majority of Americans were considered to be ‘safe’ without having to wear a face mask when in public indoor venues, the use of masks when using public transportation has remained a requirement by law.

And, the reason behind the mask mandate – when using public transport – remaining up until now has been put down to the number of individuals that are being hospitalized due to Covid-19, as well as the capacity of hospitals throughout the country.

Penalties For Those That Do Not Follow The Mask Rules

For those that refuse to wear a mask – when using public transportation throughout the U.S. – the fines can be of significant cost, with first-time offenders being fined anything from $500 to $1000.

And, for those that continue to repeatedly refuse to wear a mask, the fines can be even heftier – with them increasing from $1000 to as much as $3000.

Although the mask mandate for public transportation is applicable to every state within the United States, the rules on face masks in public settings can differ from state to state.

Just a few weeks ago it was announced that vaccinated individuals can now enter restaurants, bars, museums and other indoor establishments – through the county of Los Angeles – without having to wear a face mask.

And, more recently the state of Hawaii’s governor, David Ige, made the announcement that the state’s indoor mask mandate will end from 26 March – which will see Hawaii become the final U.S. state to remove the indoor mask requirement.

The U.S. is not the only nation ending its face mask mandates for indoor settings – with other popular tourist destinations in the West, including the likes of France and Ontario, in Canada, also doing so. 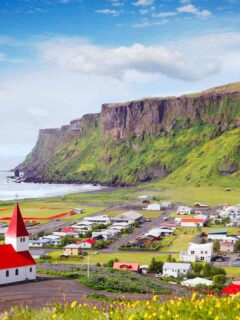 Next
Top 10 Cities To Visit in Countries With No Travel Restrictions
Click here to cancel reply.

They want to make sure when they say jump you ask how high. Make sure we all will stillbe compliance.

Good grief. So much for "follow the science," it's more like "do as we say or else." SMH

@Stephen White, Yeah at this point its better just to pretend science doesn't exist. Applying actual science and logic is about enough to drive any sane person crazy, with every new decision the overlords make.