Low-cost airline Frontier announced Wednesday that it will debut service between Las Vegas and two cities in Mexico this summer. Frontier will launch nonstop service from Harry Reid International Airport to Guadalajara and Monterrey, Mexico beginning in May and June 2022.

“We are thrilled to announce the start of service from Harry Reid International Airport to Guadalajara and Monterrey, Mexico, further expanding our international offering as the only U.S. carrier providing nonstop international service from Las Vegas,” Said the CEO of Frontier.

The airline is also adding new routes from Houston to Cancun, Tampa to Cancun, and Dallas to Cancun. Mexico became an even bigger tourist destination during the pandemic due to its relaxed COVID rules. Frontier’s move here is a clear indication that they think this trend will continue.

Frontier Has Had A Good Year

The airline just recently announced a merger with Spirit to become a massive low cost airline. Frontier will be purchasing Spirit with those shareholders controlling just over 50% of the company. The merger represents a huge increase in airport availability for customers who use each airline. With more than 1000 flights flying from well over 100 airports across the country, budget options are going to be even more readily available.

The airline saw a lot of extra travel during the pandemic from travelers looking to head towards it’s Florida destinations from New York and the midwest.

This is just the tip of the spear of Frontier’s expansion. They are adding 30 + new routes within the US in the coming months. Here are some of the Highlights

Mexico is having a tourism boom at the moment with record numbers of tourists arriving. So many, in fact, that they needed to open a whole new airport outside of Mexico city. Mexico boasts some of the lowest local food and apartment rental prices, which make it an ideal destination for remote workers living on a limited budget. There is also fast internet throughout the country and an easy system to apply for a temporary resident visa when wishing to stay longer than the usual 180 days as tourists.

Not to mention Mexico’s beautiful beach resorts geared toward all different types of travelers. Travelers can find resorts for couples, families and solo adventures along the coasts of Mexico. With easy access to the ancient Mayan ruins that dot the countries interior.

If you’re thinking about booking a vacation this summer, you might want to start booking now. Fuel costs are skyrocketing, hitting the highest costs of all time in the US. The war in Ukraine is raging and some countries, like the US and UK, are turning away from using Russian oil. This price increase will be passed from the airlines to consumers in time, making the fares of flights rise with the price of oil. 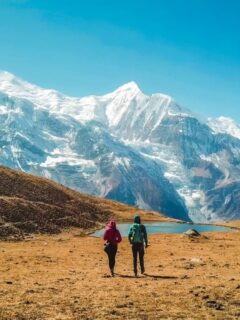 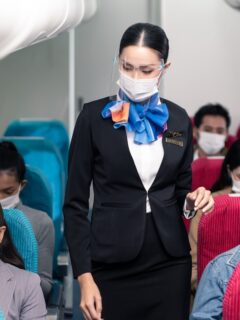 Next
TSA Extends Mask Mandate For Flights And Airports Until April 18
Click here to cancel reply.