Spirit and Frontier have announced that the companies have agreed to the terms of a merger. The move, should it be approved, will make the resulting company the fifth biggest airline in the US.

As of this morning, there are many details still unclear. There has been no new brand name announced, nor is there any word on a CEO or headquarters. Spirit Airlines are currently based in Miramar, Florida, while Frontier are based out of Denver, Colorado.

Frontier will be purchasing Spirit with those shareholders controlling just over 50% of the company.

Both Spirit and Frontier are budget airlines, and both have struggled significantly over the course of the pandemic. But the general trend over the Padt decade has seen significant growth for both companies as the market for budget travel increases.

Although they will be the fifth-largest airline, it’s important to note that the big four (United, American, Delta, Southwest) will still control 80% of the market.

For passengers, the news could have pros and cons. The merger represents a drastic increase in airport availability for customers who frequented both airlines. With more than 1000 flights flying from well over 100 airports across the country, budget options are going to be even more readily available.

In an email to customers on Monday morning, Spirit CEO Ted Christie voiced his excitement at the prospect of the merger and listed several potential benefits to this ultra low-cost airline.

However, Spirit and Frontier currently compete in many markets. The natural competition helps force the budget prices down in those markets, and encourages flash sales and other incentives. With both now under the same umbrella, it’s not unrealistic to assume some of those costs will now rise.

The numbers look pretty, in particular the $1 billion in consumer savings, but obviously, it is still very unclear as to how any aspect of the business will function.

Both of these airlines typically operate by offering extremely low base rates for seats but charge for every additional requirement. In theory, the best way to travel with either of these companies is to have zero luggage or one small personal item. Otherwise, a carry-on, checked luggage, seat selection, and other fees can quickly add up to as much or sometimes more than a standard ticket elsewhere.

Both airlines struggle at the bottom of customer approval rates too. Again, this is not something they are particularly worried about. Charging an extremely low base fare allows for some wiggle room on the complaints side of things. But still, combined into a much larger organization, it is hoped that maybe the infrastructure will improve and potentially offer customers a better budget experience than has been typically expected.

According to Christie, the move is “centered around creating an aggressive ultra-low fare competitor to serve our guests even better”. The word aggressive has been used multiple times across news covering the deal, which could be good for customers going forward.

As of now, the deal is agreed in principle, however, the Biden administration has vowed to be much stricter on dealing with large mergers than the Trump White House. Both companies can expect to be heavily scrutinized over the merger before approval is given for it to go ahead. If it is successful, we can expect to see the new company fully announced in the second half of the year.

Details on the name, CEO, and headquarters are expected to be announced in the coming weeks.

Bali Left Behind As The Rest Of Asia Reopens For Tourism 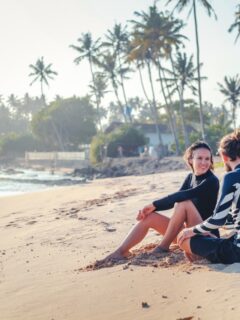 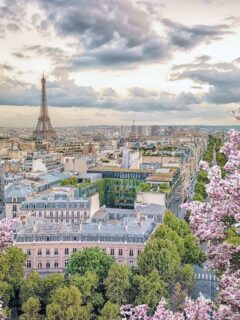 Next
Air France Adds New Flights To The U.S. For Summer 2022
Click here to cancel reply.

These are two worst airlines to fly with and now United, Jet Blue has joined the ranks of charging for carryon on domestic flights.

Ugh. Hate Spirit Airlines (as much as I hated WoW Airlines when it was briefly in business). Didn't mind Frontier as much for quick jaunts, but now with this merger, sadly it looks like I won't be flying Frontier anymore.