In trying to manage the overwhelming influx of tourists arriving to its shores every day, Mexico is inaugurating a new airport serving Mexico City, its busy, metropolitan capital. While these would normally be good news, especially considering how chaotic Mexico City’s International Airport – AICM has become over the last few years, tourists may be surprised to know they could now find themselves landing 30 miles out of the city when visiting.

Baptized Felipe Angeles International Airport (IATA code NLU), Mexico City’s new international hub is located in Santa Lucia, in the municipality of Zumpango, State of Mexico. Due to be fully operational later this month, the airport is charged with the task of alleviating pressure on the neighboring AICM. It may, in fact, host a number of flights originally bound for the other airport, with Mexican carriers among the first to announce changes.

While there is clearly a saturation problem noted in Mexico’s International Airport, which has been operating in excess of its own capacity, the soon-to-be-introduced AIFA could exacerbate the pains of traveling, especially for those arriving in medium and long-haul flights from Canada, the U.S., or Europe. Located 30.3 miles or 48.8 kilometers from Mexico City’s historic center, the airport’s suboptimal location will inevitably add extra costs – and time – to itineraries.

As stated by the country’s Federal Civil Aviation Agency (AFAC), Mexico City’s existing international airport already handles 50% of domestic operations, with any delays experienced there affecting airports across the whole national territory. Additionally, AFAC warned of “threats” associated with an overworked airport. According to them, exceeding capacity at AICM terminal buildings “place national security and aviation operations at risk“.

Recently, Mexico has been struggling to manage incredibly high arrival figures, due to its status as a country with virtually no Covid entry restrictions. The situation has been particularly worrying along its Caribbean coast, where places like Cancun and Tulum take the brunt of overtourism. Cancun Airport has already taken steps towards streamlining border control for Americans visiting, amid reports of bottlenecks on arrival halls. These concerns are unsurprisingly mirrored by Mexico City’s own airport.

In a recent report, published in the Official Gazette of the Federation (DOF), the Mexican government went as far as officially declaring both AICM terminals to be saturated, citing an excess in numbers of allowed takeoffs and landings in specific times of the day. Specifically, Terminal 1 is handling more flights than it should from 5 am to 11 pm, while Terminal 2 gets dangerously busy between 6 am and 8 pm, and again from 9 pm to 11 pm.

Shockingly enough, the airport is yet to reach pre-pandemic levels, even though arrival numbers show no signs of decreasing, with Mexico being currently on track to claim the title of being the most visited country in the world. Taking these factors into account, it is no surprise government officials have placed their bets on AIFA sharing the burden with the ever-busier AICM.

With Mexico’s participation in the launch of a new tourist route across the Mayan World, in partnership with neighbors Belize, El Salvador, Guatemala, and Honduras, the introduction of a new international airport could speed up the integration process and further boost connectivity between these other destinations and the Mexican capital.

However, as mentioned above, the new airport may not be favored by vacationers eager to reach Mexico City as quickly as possible. AIFA is inconveniently located roughly an hour-drive away from the Historic Center, and while we can safely guess there will not be a shortage of taxi cabs and private transfers available, traffic and other mobility problems may still be a cause for concern.

How Much Will It Cost Leaving From And Getting to The Airport?

What about budget travelers? After all, Uber fares could range anywhere from only USD 14.24 to USD 40.43, depending on the visitor’s AirBnB or hotel address in Mexico City or their departure point. According to Retired General Isodoro Pastor Román, CEO of AIFA Sa de CV, “there is a company that, with a very pertinent business vision, is going to place dedicated buses and vans”.

Elaborating on the topic, Román mentioned the buses will have “enough compartments” for luggage and will reach as much as nine different locations in and around Mexico City, including the old airport. As for prices, they oscillate between 50 pesos, or USD 2.38 at the closest bus stop to the new airport, up to 150 pesos, or USD 7.15 at the furthest point. The planned stops are these listed below:

Román also assured visitors there will be “no land mobility setbacks to reach the air terminal”, as other routes such as the Circuito Exterior Mexiquense will be strengthened, with new roads opening up to link Mexico City and the airport. One of those, that is 7 km long, is “practically finished and ready“. As estimated by him, this route only needs to be interconnected with the road distributor and will be ready by March 21st in time for the inauguration.

Which Airlines Are Moving Their Flights To The New Airport?

As for airlines moving their Mexico City flights to AIFA, all three main Mexican carriers – Aeromexico, Volaris and Viva Aerobus – have announced plans to launch service form the new airport. When it comes to Volaris and Viva Aerobus specifically, they refer respectively to flights to destinations such as Cancun and Tijuana, and Guadalajara and Monterrey. Aeromexico has so far confirmed flights only to Merida and Villahermosa.

Due to AICM’s saturation, other international airlines could follow suit in moving operations to the new airport, though AIFA’s list of destinations is still being drawn up. So far, with the exception of Venezuelan carrier Conviasa, which will offer flights between AIFA and Caracas, there has been no announcement concerning other major international routes.

According to the government, the airport can already receive up to 20 million passengers in its first phase, bumping up to 80 million at a later stage. Whether those expectations will be fulfilled, or whether Mexico City’s International Airport will benefit from the upcoming inauguration, is yet to be seen. 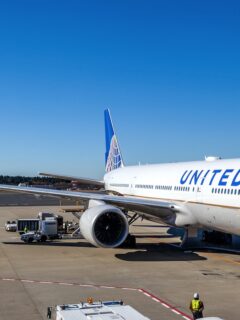 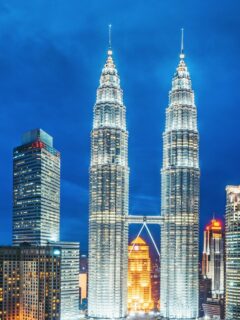 It is too bad they didn’t stick with the plan for the original new airport that was much closer to the city.

For the price of a cab in CDMX...... If you can't afford 20$ to the city center perhaps you should stay home.

The CDMX airport is kind of run down for such a large airport.

@Dee, but it functions way better than most airports