Canadians hoping to catch a break from the harsh winter and escape somewhere sunnier will now have more options to fly directly to Cancun and Los Cabos, and what’s best: from five different airports all around Canada. The new routes will be operated by Flair Airlines and benefit Abbotsford, Edmonton, Ottawa, Kitchener, and Vancouver-based travelers.

Although largely overlooked by Canadians when compared to the resort-packed Cancun and the wider Riviera Maya, Los Cabos is situated at the southernmost tip of Baja California, a Mexican peninsula boasting miles of pristine coastline. Just like Cancun, Los Cabos is famous for its luxury complexes and warm weather all-year round.

Improving connectivity between Canada and Mexico, Flair Airlines is the latest Canadian low-cost carrier to announce direct flights to the south. The new weekly service to Los Cabos International will make it easier for Abbotsford, Edmonton, and Vancouver residents to reach Baja California, while those who still dream of a Cancun getaway will be able to fly from Kitchener-Waterloo and Ottawa, with one-way fares starting at only $109.

According to Garth Lund, Flair’s Chief Commercial Officer, expanding to Mexico is part of the company’s growth strategy and airline executives are “very happy to be launching service there”.

As Lund remarks, Canadian travelers on a budget and who are “tired of the ice and snow” will now be able to fly to Mexico at more affordable fares.

Chief Executive Officer Stephen Jones also commented that service to Mexico “could not have come at a better time“, with Flair having deployed a “proprietary algorithm” to determine Canadians indeed wish to escape the cold.

Enthusiasm is also evident south of the border, with Rodrigo Esponda, Managing Director for the Los Cabos Tourism Board affirming Canada is still one of Los Cabos’ “priority markets”.

Are Los Cabos And Cancun Safe To Visit Right Now?

In spite of Mexico being one of very few countries in the world to not have a single Covid entry restriction in place, going as far as scrapping its pre-departure health form, which might make more cautious Canadians to raise an eyebrow, Esponda added that Los Cabos’ “multiple certifications and strict protocols” still makes it a “safe and attractive destination” for international travelers.

In fact, Mexico is one of the most sought after vacation destinations by Canadian citizens, with the Mexican Caribbean being favored by an increasing majority. However, higher demand for the hotspots of Cancun, Tulum, and Playa Del Carmen means Mexico has been unable to avoid the dreaded bottlenecks at Cancun Airport.

Additionally, security concerns have been mounting up for foreigners visiting the Riviera Maya as heightened violence takes over the headlines, including the shooting of two Canadian citizens who were staying at the Xcariot Hotel in Playa Del Carmen. Although they were reportedly involved with organized crime, the incident means violence might be spreading to tourist areas.

Even though tourists are still unlikely to be affected by gang activity, the U.S. Consulate General in Mérida was quick to act and now urges Americans to exercise greater caution when visiting Cancun. On top of that, neighboring Tulum’s reputation has also taken a heavy blow as videos of corrupt police extorting tourists spread online.

For now, reignited crime levels seem to be confined to the Riviera Maya, with Los Cabos still deemed a relatively safe zone. And, as Cancun deploys police to inspect beachgoers in a move to crack down on crime, Canadians might instead look to travel elsewhere. With Flair Airline’s newly launched air corridors to Los Cabos, that should not be an issue. 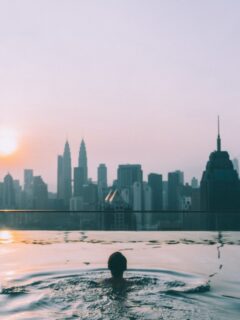 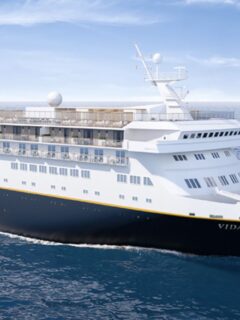