Americans hoping to visit Cancun in the upcoming weeks may want to take further precautions, as reports of increased violence in the region, including murders, dominate headlines.

Besides being close to the Red Level alert, which indicates a higher number of Covid cases, the resort capital of Mexico has been once again shaken by re-ignited criminal trends, including within limits of tourism complexes.

Americans Advised To Be Cautious When Traveling To Quintana Roo

Following a recent shooting at the Xcaret Hotel in Playa del Carmen, which resulted in the death of two Canadian citizens, the U.S. Consulate General in Merida, Yucatan urged Americans to “exercise increased caution” when traveling to the neighboring Quintana Roo state.

Destinations in Quintana Roo include the aforementioned Cancun and Playa del Carmen, Tulum, Chetumal and Cozumel, all extremely popular among visitors.

According to the U.S. outpost in Merida, criminal acts and violence may occur throughout the state, “including in areas frequented by U.S. citizens“.

Although those murdered were reportedly engaged in criminal activities, the fact that the shooting took place within a luxury hotel indicates there is renewed gang presence along the coast, even inside tourist zones.

The incident has prompted the United States to ask its citizens to monitor the local news for updates, avoid crowds, be aware of their surroundings, and review personal security plans, among other actions.

The shooting itself came as a shock to the local community and vacationers alike, as the Xcaret Hotel is particularly favored by sunseekers, offering access to sandy beaches and a variety of pools and spas in its vicinity.

Additionally, the manager of Playa del Carmen’s famous Mamitas Beach Club was also shot dead in yet another violent episode, as reported by La Jornada. The news are sure to be received with great concern by beachgoers, as the club is seemingly one of the trendiest places in the city.

On top of that, merely hours prior to the execution, another individual was also reportedly killed in the Villas del Sol subdivision of Playa del Carmen, while dismembered bodies of two other individuals were discovered off a dirt road in Cancun.

This may suggest travelers may currently face a greater risk of being caught in the crossfire between local gangs, as criminal activity spills over to tourist hotspots. Ahead of recent developments, Mexico had already deployed a tourist protection army to alleviate security concerns.

Commenting on these events, the State Governor Carlos Joaquín González highlighted “the State Department of the North American country maintains the information about Quintana Roo on the travel advisory page unchanged”.

The Commissioner of the Canadian Consulate, Alejandro Daisuke, has also stated Canada will carry out investigations into the Xcaret Group, suggesting Playa del Carmen and other affected areas in Quintana Roo, including Cancun, may be under heavy surveillance in the months to come.

What Are The Chances Of Running Into Trouble While Visiting Cancun?

While most trips to Mexico are trouble-free, with the country currently on track to become the top tourist destination in the world, the shootings may cause more risk-adverse travelers to avoid Quintana Roo altogether.

However, the U.S. Consulate General in Merida is yet to discourage Americans from visiting the region, although new advice on safety was given, as stated above.

Especially at a time of pronounced tensions, travelers should always take out travel insurance before flying abroad. Besides the security issues already mentioned here, there is always a chance of testing positive for Covid while beach-hopping in Mexico.

And trust us: having to juggle high quarantine costs and a delayed return home is far from being the perfect ending to any dream holiday. Fortunately, Hey Mondo‘s insurance policy offers coverage for most Covid-related quandaries. To find out more about health insurance that covers Covid, make sure you visit this page. 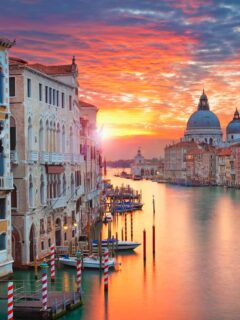 Previous
The EU To Launch New Entry Requirements On February 1 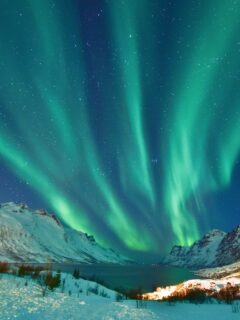 So you want them to stay In their country where there’s drive by shootings, school shootings and gang members fighting every day? Those of us in Cancun don’t see why you are doing this. The recent shooting was between 3 known criminal Canadians and did not involve others. Come enjoy yourself in Cancun and probably rest easier than you do in the gun obsessed countries🌴🌞🥂🇲🇽

@Brenda,That's precisely what I thought of when I read the article. It's far safer to vacation in Cancun than to send your children to school in the US. Crime here is generally criminals on criminals. Tourists and residents in the regular people neighborhoods are not a target.

The two Canadians killed in the Xcaret resort were known criminals and were involved in drug and weapon trade. Too bad that it is Mexico’s reputation that suffers when foreigners are the ones involved in crimes, and the media conveniently ignores the details.

@Christian, On top of that killer is also from Canada. Likely former partner. I'm far more worried going through numerous US cities than touristy areas south of Cancun.