Covid may have subsided, but traveling Europe in the upcoming months will not come without its own subset of challenges. In fact, Americans visiting Ireland this summer now risk facing severe travel disruption, as the nation’s busiest international airport in Dublin tries to strike a delicate balance between higher travel demand and staff shortages.

After two years of unusually quiet departure lounges, the pandemic’s long-term impacts on the travel industry are only now being felt. Although London Heathrow and Toronto Pearson International also reported delays, proving Dublin Airport is not alone, it’s the latter that took the brunt of it, as more than 1,000 passengers have missed their flights in a single day.

Here is how it all went down:

How Bad Is The Situation At Dublin Airport?

After Covid, travelers have begun to turn up at the airport earlier than usual – sometimes many hours in advance – to ensure they will board their flights on time. While long lines had been a common sight at Dublin Airport over the weekend, it was yesterday, on May 30, that the situation turned truly dire, as even early showers were not guaranteed boarding.

Since Friday, there have been numerous reports on news outlets, and social media, of people who missed their flights despite arriving to Dublin Airport 3 to 4 hours in advance. The Irish Times tells of a family who showed up early at the airport at 7:58 am for a 10:45 am flight, but after two hours in line had only gotten as far as the front door of the terminal.

Customer Rebeca Boughton said ‘no information was provided to passengers queuing outside the terminal building’, and people started pushing through trying to make their flights in time. Most of the time, to no avail. Once she made it inside, Mrs Boughton learned that the check-in desk was already closed and her flight delayed until noon.

Another couple from County Kerry, in the southwest of Ireland, also got the airport ‘several hours in advance‘ and still missed their 7:45 am flight to Italy: ‘we arrived at the closing gate at 7:40 am, and our plane was outside, but they wouldn’t let us through the gates’. According to the interviewee, they were among 36 passengers that were not allowed to board.

The person added they ‘pleaded’ at the gate to be let in, and then peeked out the window to see airport staff removing cases from the plane. Even after arguing and despite passengers being visibly distressed, it was ‘no good’ as they were still barred from boarding. The passenger has deemed the situation a ‘bad advertisement for Ireland‘.

An American family has also had had their plans ruined amid the chaos, spending over 11 hours at the airport on Sunday. Bonnie Radintz, who voiced her family’s grievances, detailed they had already missed a flight earlier that day, despite showing up on time, and were forced to walk 4 km in Terminal 2 in lengthy passenger lines with no end in sight.

Mrs Radintz, who was flying home to Minneapolis that day, said her family received ‘no water, vouchers or any form of communication’ regarding their new (delayed) flight. Interestingly, other passengers waiting outside the terminals to get in also complained of a ‘lack of communication from airport authorities’.

What Is Behind The Crisis?

According to the DAA, which stands for Dublin Airport Authority, the recent chaos at the airport can be blamed on a number of factors, ranging from a shortage of staff and unexpected absences yesterday, to several passengers turning up early. As reported by RTE, more than 1,000 people missed their flights following Sunday’s disruptions.

Other reports note that 1,000 airport workers have left their jobs since September 2020, after the DAA offered staff ‘voluntary severance’ due to the low travel demand at the time, including 248 security screening workers. The move has led to shortages in the Republic of Ireland’s two biggest airports, Dublin and Cork.

As Kevin Cullinane, a spokesperson for the DAA noted, Dublin Airport ‘clearly didn’t have enough security lanes open due to resourcing challenges’. He added that, due to staff constraints, any absence can critically impact the airport’s ability to operate lanes, as became evident on Sunday.

Even though there was trouble brewing as early as Saturday, airport authorities did not become aware of the scale of the problem until it was too late. Cullinane shared ‘the challenges the airport faced began at about 4:30 local time on Sunday’, and despite their best efforts to balance an increase in passengers and fewer staff, the system was ‘overwhelmed’.

What’s worse: this might not be a one-off, with Cullinane tellings RTE the airport is operating on ‘very fine margins’ and ‘running to the max’ of available staff. This means Americans flying to Ireland this summer are very likely to experience travel disruption in some level, such as excessively long wait lines, delays or cancellations.

Although more travel woes were already expected in Europe this summer, as a majority of airports in the continent are battling shortages, Dublin Airport’s recent fiasco proves how quickly, and unexpectedly, the situation can deteriorate even further. After having let thousands of passengers down, Dublin Airport expects an extra 370 officers to be hired by July.

Eddie Wilson, CEO at Ryanair, Ieland’s low-cost carrier, has urged the government to deploy the army to airports. Wilson believes one of the biggest issues at the airport today is that aspiring workers need to be security cleared before they can assume their posts. As he argues, army officers already have security clearance and could help ease the pressure.

What Is The Risk Of Experiencing Travel Disruption When Visiting Ireland?

With several American carriers announcing new flights to Ireland this summer, in response to a growing demand for overseas travel, there is always a risk your flight could be delayed, or even cancelled, taking into account Dublin Airport’s current resources, which are limited. Unfortunately, there is no way of predicting which flights will be axed and which will not.

Ireland may be open for all Americans, irrespective of vaccination status and with no testing or quarantine in place, but this does not mean travelers should not be prepared for their plans to change, or completely scrap the Covid-era contingency measures. Now, it’s cancelled flights they need to worry about, and they will become more and more frequent as summer approaches.

With that in mind, we recommend you to always purchase travel insurance covering cancellation costs before flying, in order to be better prepared when faced with adverse events. Additionally, travelers are now advised to exercise increased caution when visiting Europe due to the new monkeypox outbreaks in several parts of the continent, including Ireland. 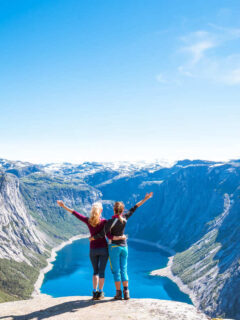 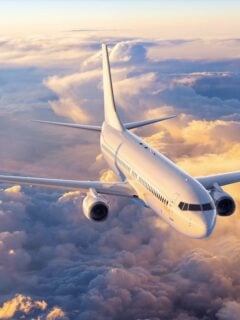 Next
On A Budget? These New Cheap Flight Deals Will Make Your Day
Click here to cancel reply.