These new cheap flights to domestic and international destinations will allow travelers to visit a new city on a budget this summer and beyond.

From London and Glasgow to DC and LA, here are the latest new flight routes announced by low-cost airlines.

Toronto To Glasgow On WestJet

Canadian travelers will be happy about this inaugural route launched last week with WestJet, offering an affordable and direct flight option to Scotland just in time for summer.

Flights are currently set for 4 times per week, on Mondays, Tuesdays, Thursdays, and Saturdays. The flight takes off in Toronto at 9:40 p.m. local time, scheduled to arrive in Glasgow at 9:10 a.m. the following morning.

“The launch of service between Toronto and Glasgow marks another milestone in recovery as we rebuild our network and strengthen transatlantic connectivity between our two countries,” said John Weatherill, COO at WestJet, on the kick off of this new flight.

One-way flights for this route are currently going for less than $200 on flight search engine Skyscanner.

Want to plan a cheap trip to London for the end of summer? Low-cost airline Norse Atlantic just made the route between New York and London more accessible for budget travelers.

Starting August 12th, Norse will launch its first transatlantic route between New York City’s JFK Airport and London’s Gatwick International Airport. Flights will operate daily, leaving New York at 5:55 p.m. and arrive across the pond in London at 6:20 a.m. the next morning.

If you’re looking for more cheap flight options to Europe, Norse is scheduled to launch a few more routes from the US to Oslo, Norway.

Flight prices from New York to London will start at $116 US (one-way fare).

Low-cost airlines across the US have been ramping up their flight routes this year, and Avelo Airlines has jumped into the mix. Just last week, three new cheap flight routes were announced from Connecticut’s Tweed New Haven Airport to Washington DC, Chicago, and Raleigh. On top of that, a new direct route was launched from Boise to Hollywood Burbank on the budget airline.

“Avelo’s momentum at Tweed (airport) continues to build as we take flight today to three more popular destinations. With today’s addition of Chicago, Raleigh-Durham and Washington, D.C., Avelo now brings more choice, affordability and ease-of-travel to the state than any other airline,” said Avelo’s CEO Andrew Levy at the launch of the new flight routes last week. Here’s a breakdown of the new routes and the current flight prices.

Departing from Tweed, flights will land in DC’s Baltimore/Washington International Thurgood Marshall Airport. According to the airline’s website, flights will be operating between 3-4 times per week from Connecticut to the US capital.

One-way fares for this route currently start at $59.

Landing in Chicago Midway International Airport (MDW), this new direct flight route will connect the East Coast with the Midwest, making for a budget option for travelers to explore the Second City this summer. Flights are currently scheduled for four times per week on Avelo.

One-way fares for this route start at $89.

Explore the city of Raleigh this summer on a budget. Flights between Connecticut and North Carolina’s charming capital are currently scheduled five times per week on Avelo.

One-way fares between Connecticut and Raleigh on Avelo Airlines start at $79.

One-way fares are currently going for as low as $69 on the airline’s website.

These New Business Class Seats Are Worth The Upgrade 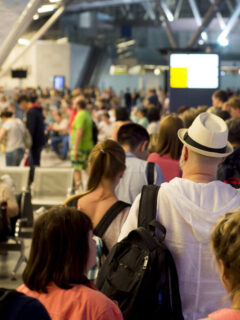 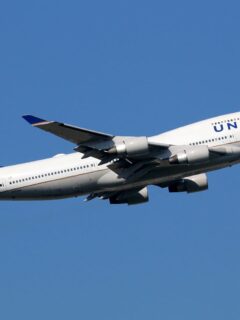 Next
United And Delta To Relaunch Several Flights To Europe
Click here to cancel reply.