American Airlines has announced a series of new flights starting this year – but it has also taken steps to cut several of its long haul route offerings. American Airlines’ new routes feature several popular domestic and international destinations that are likely to be a hit with travelers, but ongoing issues from the pandemic have led the airline to make the decision to cut several of its further flung international destinations as it looks to prioritize its flight offerings.

It’s been a busy few months in terms of new flight offerings, with several of the country’s major airlines chopping, changing and adding to their routes in order to keep up with the growing demand amongst travelers. Here’s a look at where American Airlines will be jetting off to this summer with its new flights, and which long haul routes are set to face the axe.

Keen to capitalize on the sky high demand for travel amongst those in the US, American has added a selection of both international and domestic flights to its current network, increasing the number of options travelers have. The airline has added eight new routes in total. Six of these new routes have been added under the burgeoning Northeast Alliance with JetBlue, whilst two are just being offered under American Airlines alone.

Four of the six flights added under the Northeast Alliance are flying from New York LaGuardia. Details are as follows:

The other two flights being offered as part of the JetBlue Northeast Alliance are flights departing from New York’s JFK Airport to popular international destinations. A daily service will be offered from JFK to Bermuda. This is an almost tear long route, beginning on November 3rd and lasting until October 28th, 2023. The other international offering is a daily service from JFK to Monterrey, Mexico. This too will run from November 3rd to October 28th next year.

The two American-only operated international flights that were announced this week will see the airline relaunch its service from Dallas Fort Worth to Auckland, New Zealand, in the wake of the country moving to reopen its borders. The second is a flight from Miami to Montevideo, Uruguay. Both flights will run from October 29th until March 25th, and will provide American customers with an even more diverse list of potential destinations.

As well as adding several routes, American has also been forced to cut routes too for several different reasons. Some routes have been cut due to the ongoing conflict in Ukraine and the impact it has had on airspace, such as the proposed Seattle and Bengaluru, India route. Others have been cut due to reduced demand, as is the case for the flights between Dallas Fort Worth and Lima, Peru, and from New York to Cali and Medellin, Colombia.

American has also been forced to delay some routes to China due to the country still having strict Covid-19 related entry requirements. Flights from Dallas Fort Worth to both Shanghai and Beijing will now not be starting until Summer 2023, when hopefully the travel situation has improved. 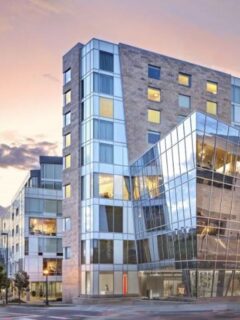 Previous
Top 8 Hotels In Denver Colorado For Your Next Trip 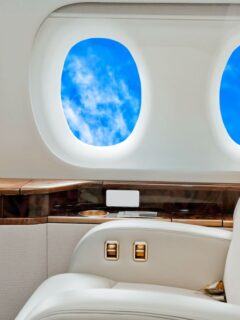 Next
These New Business Class Seats Are Worth The Upgrade
Click here to cancel reply.