If you’re traveling to Europe for summer 2022, you should be prepared for long delays – and even potential cancellations – as a new wave of flight disruptions is set to sweep across the continent. This time around, a new Covid variant is not to blame, or at least not directly.

If you have been following all the latest Travel Off Path updates, you may have noticed pandemic reports are becoming fewer and fewer every day, as more countries drop all restrictions and fully return to normal ahead of the highly-anticipated tourist season.

In fact, over 65% of Europe is now open without any Covid curbs in place. On the other hand, staff shortages and a lack of trained personnel seems to have become widespread across the aviation industry, with Europe being poised to face its most chaotic summer in years:

As evidenced on a research released by the European Airports Association (ACI Europe), 66 per cent, or virtually two-thirds of European airports currently foresee delays over summer. Additionally, more than one third expect operations to be affected as a result of staffing constraints, both during summer and well into winter.

As Covid finally subsides, the industry has begun to feel the painful effects of a two year-long pause, which may prove as damaging as the virus itself. While demand was generally being met throughout the pandemic, in spite of the usual setbacks, more passengers are now transiting international airports and transatlantic travel is booming again.

In short, airlines and airports were not ready for such a quick and unexpected rebound, having made a considerable portion of staff redundant over the pandemic. As demand has increased dramatically, they are in turn severely understaffed and struggling to recruit more personnel in time for fulfilling their duties to customers.

Inevitably, this unfortunate scenario has led to flight schedules being trimmed down, and even long delays at border control. Recently, the UK was the first European nation plagued by reports of extremely lengthy waiting times at its outer borders, with tourists waiting in line for hours on end until they are through security.

As Lucy Moreton, a spokesperson for the Immigration Services Union puts it, the UK Border Force is ‘catastrophically understaffed’. Even though new officers are being trained, the process can take up to a whole year, suggesting the infamously long delays could be experienced for months to come.

In Poland, over 130 controllers planned to resign at the end of April, in a move that would lead to mass flight cancellations across all of Europe, as several Polish airports are among the continent’s busiest hubs. While this was successfully avoided once a deal was struck, it is an indication the industry may not be fully prepared to deal with the fallout of Covid in the long-term.

Being only the 23rd country to fully scrap entry restrictions, and thus having high hopes for summer, Poland managed to avoid what would have been a true pre-season catastrophe, but will other European nations be as lucky?

For now, it seems likely this is a Europe-wide trend, with Amsterdam’s Schiphol also currently struggling with shortages, while TUI Airways has recently announced it will cut catering on short-haul flights in Europe due to limited staff.

As a result, several European airports teamed up with ACI Europe and ASA (Airport Services Association) in urging European authorities to speed up security clearance to new employees. In a statement, they claimed current training and security clearance requirements have made it ‘impossible to quickly adapt and deploy additional staff’.

Even though they concede there is ‘no quick and easy fix‘, reducing the waiting period from recruitment to deployment, which currently takes roughly 16 weeks, would allow airports to better prepare for the challenges that lie ahead. Both ACI Europe and ASA are also pleading with airlines to ‘reduce traffic peaks’ and return unused slots ‘as early as possible’.

At the same time, we have all seen what lack of intensive training, or faster security clearance for air traffic controllers with the sole purpose of meeting higher travel demand can lead to, suggesting there is no simple solution for this complex situation.

Sadly, there is no way of knowing for certain which flights, or airports, will be most affected until summer is in full swing. If you have a trip to Europe coming soon, and would like to minimize any risks of facing financial burdens following a potential travel disruption, then we seriously advise you to take out travel insurance before flying.

Luckily, we have a whole article detailing some of the best, and most comprehensive insurance policies out there, including both Covid coverage and financial compensation in the event of a flight cancellation. You can read more on the topic clicking here. 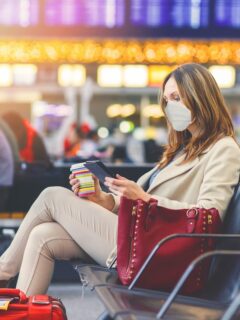 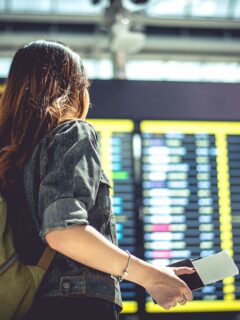