After experiencing a chaotic weekend, plagued with staff shortages and numerous flight cancellations as a result of bad weather in parts of the country, JetBlue and Alaska Airlines are among the first U.S. carriers to announce they will scale back their summer schedule, and even cut some flight routes.

At the start of the year, airlines were left scrambling to deal with a highly disruptive Omicron variant, which led to more staff being on sick leave and prompted the CDC to even shorten quarantine guidelines across the States. After some months of relative tranquility in the aviation industry, it seems summer could be hit with a new wave of cancellations.

JetBlue Cutting As Much As 10% Of Its Summer Schedule, Warns Of More Disruption Ahead

This was the second weekend JetBlue specifically was forced to ground flights again, mainly in Florida, a major hub that impacts services across the whole country. Reports that up to 40% of their flights were delayed or canceled. Apart from bad weather, which led to air traffic delays along the East Coast, a pressing issue that is also behind JetBlue’s recent woes is reduced staff.

As stated by the airline, even though more than 2,500 new crew members were hired in 2022 staffing shortages are still a problem, adding that recent events, including the severe Florida weather, only exacerbates an ‘already challenging’ situation.

With customers warned April will ‘continue to be challenging’, indicating a string of flight cancellations could be on the way, JetBlue had no option but to trim down its summer schedule and cut service to multiple routes, in order to adapt to the volatile scenario and ensure a smoother summer.

According to Joanna Geraghty, JetBlue’s COO and President, the airline has already reduced May capacity by 8-10%, and passengers should ‘expect to see a similar size capacity pull’ throughout the summer months. The move could seriously affect connectivity between different parts of the States and even some international flights.

JetBlue’s staffing challenges seem to be a direct continuation of the December-January cancellation spree when Omicron forced the industry to rebalance its strategy and reduce operations. It seems this turbulent period has left the industry strained to this day, with JetBlue viewing its revised, more limited offers as the only way to avoid another messy summer.

Geraghty wrote that, despite challenges and customer feedback that ‘the schedule is wound too tight’, the airline has assessed the best plan is to ‘reduce capacity now’, foreseeing more disruption ahead. In her own words, ‘the industry still remains very much in recovery mode’, and JetBlue is no exception.

Much like JetBlue, Alaska Airlines has also been hit with a wave of cancellations, which has led it to cut its schedule by 2% through late June in order to balance a pilot shortage. On April 3 alone, the carrier canceled as much as 6% of flights, and live tracker Flight Aware seems to indicate this was a repeating trend last weekend.

As affected customers took to the internet to protest the move, Alaska issued a long apology, acknowledging the cancellations have left many frustrated. Addressing this, the airline details how it has been dealing with a ‘backlog build up‘ in its training program for new pilots.

Still citing Omicron and the winter storms as a reason for its backlog, Alaska Airlines has been managing a reduction in staff that led to several trainings being canceled or delayed. On their blog post, the airline writes it wants pilots to have ‘the best training in the business’, reminding customers this ‘takes time and cannot be rushed’.

Despite the revised schedule, Alaska representatives state the airline is ‘through the worst of the cancellations’. As mentioned above, they will now be reducing 2% of their total flights to match pilot capacity, though the updated schedule has not yet been reviewed.

Passengers are advised to constantly check for updates as, ‘in the meantime’, these planned reductions will possibly translate into cancellations. With more than 30 flights planned to graduate this month, and ‘even more in May’, the airline is working around the clock to guarantee a successful summer season.

What About Other Airlines?

Although it is yet to announce more drastic changes, Spirit Airlines has also been affected by last weekend’s disruptions, sharing JetBlue’s burden of being one of two airlines with the most cancellations. In total, both of them canceled a staggering 554 flights last weekend alone, or more than half of all flight cancellations in the U.S. each day.

As the world reopens for travel, with more and more countries that once slammed the doors shut for tourists now being eager to welcome them back, airlines will have months of relentless work ahead to save a long-anticipated summer 2022. 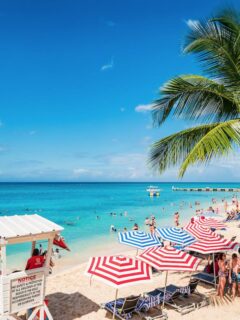 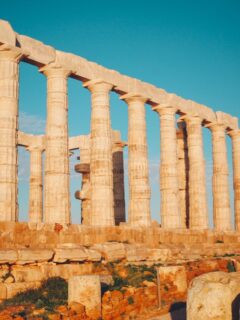