Two words that have polarized this country like no other may soon be something of the past. Well at least at international airports, where millions of Americans will find themselves this summer, eager to travel. I am of course talking about ‘mask mandates’.

For the last 2 years frustration, anger, and confusion have been building up for many Americans in the skies. Uncooperative passengers have made air travel a living hell for pilots, flight attendants, and fellow travelers alike. From delayed flights to full-blown cancellations, airlines have seen it all in these past 2 years.

Just earlier this year a London-bound flight had to return to Miami all over a rebellious passenger who refused to comply with the flight attendant and didn’t want to wear a mask.

We’ve seen these events unfold all over the country. Now you can agree with wearing a mask on public transportation or not, but it is undeniably wreaking havoc in the travel world. And U.S. airlines have had enough of it.

Airlines have been pushing the Biden White House to let the mandate, which applies to planes, airports, buses, and transit hubs, expire on April 18.

Airlines aren’t alone with the idea of eliminating the federal mask mandate either. The flight attendants union of Southwest Airlines is urging Biden to let the mask mandate fade into the abyss.

The union sent an open letter to President Biden, pledging with him to let the mandate expire. You can’t blame flight attendants for wanting their job to become less dangerous and unpredictable.

Last year was the worst on record for unruly airplane passenger behavior in the United States, according to Federal Aviation Administration data. A staggering 5,981 reports of unruly passengers were logged by the FAA as of December 31. Of those, 4,290 nearly 72% were mask-related incidents.

Flight attendants didn’t sign up for this kind of behavior, nor did the family sitting in row 20 who just want to get from point A to point B as painless and quick as possible.

Mask mandates have become the most contentious issue of the past years. And airlines, which are already dealing with anxious passengers, are feeling it the most.

With such a great amount of pressure from both sides of the political aisle, corporations, unions, and voters, the question remains whether or not Biden will give in to their demands.

There is currently no indication of if the Biden administration will extend the rule. Most industry experts believe that the federal mask mandate will in fact end on April 18.

What would that mean for domestic and international travel? Well, individuals would of course still have the option to wear a mask on planes, trains, and buses, if they want to. The big difference would be that airport and airline staff wouldn’t be able to force people to wear a mask anymore.

I know that some readers may be ecstatic about the very idea of no more masks on planes, but remember, federal mask mandates only apply in the United States.

On your trip to Greece this summer, be sure to pack a mask. Once you arrive at your international destination, the rules of that government supersede all U.S. rules and regulations.

Over the next few days, we will see what Biden has planned out for the Mask Mandate. All indications however are pointing in the direction of air travel without a mask. 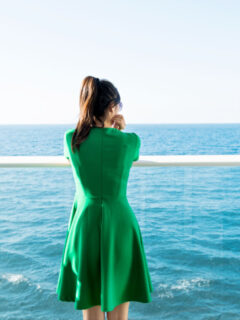 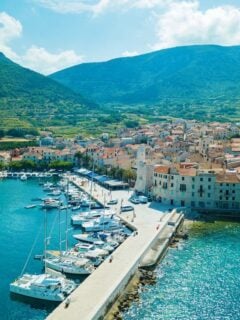 Next
Croatia Drops Masks On Flights As Tourism Continues To Grow
Click here to cancel reply.

If Dr Flick has any say in the matter it will never go away.wasn't it the TSA that exstended it the last time.

Masks don't work unless maybe a N95 but it's more for show and this mass delusion the MSM has forced on everyone.

Will probably end sometime around when TSA stops making people walk barefoot through security and throwing ultra dangerous liquids out at the checkpoint.