Cancun is one of the top destinations for American sun-seekers looking to escape the harsh winter months. It is home to a series of world-class hotels, a pristine coastline straddling the Caribbean Sea, and a developing wellness culture, but there is one big caveat tourists are being warned of: the city’s decades-old problem with taxi scams is now increasingly more common.

For years, travelers to Cancun have struggled with day-to-day corruption on different levels. Be it restaurant owners that overcharge Americans on the assumption they have money to splurge, corrupt police officers who will extort naive visitors over every minutia, and of course, inflated transfer costs that make New York fares sound like a steal of a deal.

Sadly, in spite of the local government’s zero-tolerance policy against crime, it seems Cancun is still a long way to go regarding exploitation:

Heading into the winter months, when a record nine million guests will be landing in Cancun, Cancun’s infamously sky-high taxi fares are averaging 500 pesos, or the equivalent of USD 24.35, for a 3-mile ride – that is, if you can speak some Spanish and you’re really good at negotiating. Otherwise, you could be paying a lot more even.

According to the New York City Taxi and Limousine Commission, a similar ride in New York would cost a much lower USD 12.34, proving Mexico’s tourist zones are becoming more upscale by the minute. The Cancun Sun attributes the phenomenon to a lack of competition, seeing that popular ride-sharing companies like Uber, which offer cheaper transportation, are banned.

Of course, there is public transportation in the city and a multitude of collectivos, minivans that only run once they’re filled to capacity, which are usually preferred by locals and resort employees. These are not, however, ideal for vacationers in search of a luxurious retreat – but then again, it is the only viable option left compared to cripplingly expensive cabs.

What’s The Rate Across Other Riviera Maya Hotspots?

While the official rate is much lower, tourists in the Riviera Maya have been reportedly paying 600 pesos every three miles when lesser-known tourist destinations like Bacalar may charge only 60, around ten times as much. In a study conducted by The Cancun Sun, out of 35 tourists that were interviewed, 86% paid over 500 pesos for a 5-minute ride.

That’s an estimated USD 24.27 every mile and a half. In other words, the vast majority of Americans vacationing in Cancun will fall victim to corrupt practices when calling a taxi. Understandably, not only short-term visitors but digital nomads who have moved to the Mexican Caribbean are starting to verbalize their discontent about the abuse.

After attending a co-working meet-up, the Cancun Sun concluded that 100% of ex-pats and remote workers living in the Cancun-Tulum belt who were present refuse to take taxis, mostly because they simply ‘can’t afford it’. Alternatively, many get around with rented scooters, making this an option for couples or solo travelers.

Tulum Is The Worst Place For Budget Travelers In The State

The situation in Cancun may be critical, but in the nearby resort haven of Tulum, it is even worse, with over-development and consumerism being largely to blame for the town’s decaying tourism scene. Richard Downy of Rapid City, who’s been living in Tulum for half a decade, was quoted saying it will ‘continue getting more expensive’ unless the state of Quintana Roo intervenes.

Downy states prices continue to ‘double’ every year, but as there are no alternatives, tourists simply have to pay it. Holding a similar view, Stephanie Sargento, originally from Washington, is yet another digital nomad enamored with Mexico who moved to Tulum ‘because it basically looked like heaven on Earth’, besides being ‘cheaper and more relaxed’ than other beach hotspots in America.

Sargento couldn’t have been more wrong: despite conceding the overall cost of living is lower in the Riviera Maya compared to her previous base of Seattle, in the past year and a half, she noted taxis not longer fit her budget, and like others in the same meeting, buying a scooter was her way of cutting down the cost of living in Mexico’s most luxurious beach.

Lastly, the Cancun Sun interviewed a third nomad whose first name is Darrin (the last name was not provided), who has swapped Tulum for a more affordable Playa del Carmen due to the exorbitant prices. After all, besides the average fare of USD 72.00 for a 15-minute cab ride, there is the cost of accommodation and food as well, and these are also going up across digital nomad hubs in Mexico.

How To Avoid Being Scammed By Taxis In Mexico

The best way to avoid getting exploited and losing your hard-earned dollars to corrupt drivers is pre-booking your airport transfer (learn how to) and any inter-municipality travel in advance. By contacting local companies, you can negotiate the price and make sure the price agreed upon discussion is maintained at the time of travel.

Unfortunately, until Cancun authorities, including Cancun Airport, authorize ride-sharing alternatives, such as Uber, introduce tougher fare caps to push corrupt taxis out of the market, or improve public transportation across the city, tourists will keep being preyed upon as they are easy targets.

Regarding the latter, the long-awaited Mayan Train is launching next year, connecting Cancun to numerous destinations across the Yucatan Peninsula. This should help ease the heavy financial burden placed on the shoulders of visitors, but so far, the issue of extortion continues unaddressed, unlike that of safety. 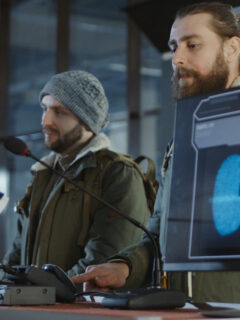 Next
Why Cruising Is About To Come Back With A Vengeance
Click here to cancel reply.

I was just in Cancun and used the app DiDi to get around. If you're at the bus station, cross the street to the nearest OXXO and order a Didi car from there. You will pay up to 50% less. Not to mention you can, pre-pay by credit card, record the ride through the app and the drivers have been cross-checked for security purposes.

I am very happy that finally something is written about Taxi scams in Quintana Roo specifically. As a general rule, I don’t use taxis in Mexico, but especially not in Quintana Roo. And while renting a car seems to be a good option to bypass the scammers, one might get stopped by the police for no reason so that they can get a share of the loot. Note that in Quintana Roo, you have the right to receive a courtesy violation, which is defined in Article 241. And if you take the ADO bus, there is a chance you get checked for your immigration status by the police, which is illegal in itself. Only immigration officer or the National Guard have the right to check. Ride sharing apps like Uber aren’t allowed because the taxis+government+mafia all work together. This is a problem locals need to solve before it is too late when tourists refuse to return.

Did you know the average mexican pays approx. 20% more for day to day consumption products just because of lack of competition? Monopolies, they dont like you to call them by their real name. Example:for decades airports have been places where only wealthy people are supposed to enter. You're supposed to own a car to access them, that's why they are so poorly connected. If you don't own a car you have to use a taxi. The only exception might be the Mexico City Airport. Other than that, you'll fall victim to the airport scams corrupt politicians and money interest call "concession taxis". These guys are all part of a white collar mafia linked to corrupt officials, their families and friends who monopolize concessions and even influence state governors to ban app-based taxi services. LOL, the owners of these concessions are so abusive that they can owe decades of rent and license payments to the airports they're based on and nothing happens.. Why? Because, again, they are a mafia. I welcome you to the Mexican capitalism. It's just a bunch of monopolistic jerks who believe they own the country because who their grandfather's where or knew.

@Al Finkelstein, it is an oxymoron to call “monopoly”capitalism. Clearly, this problem is caused by lack of free market economy caused by government meddling using the law to distort the market in favor of one group against another group.

Abuse. Shut down the airlines for a month and see what happens.ooo

Hasn’t anyone thought of renting a car for an outing? Just checked, the rates are $21/day economy class.

@Sanné, Same in Cabo.Mandatory insurance more than doubles the cost.

@David Stephenson, I rented a car on a trip and it was perfect. Simple. And the grand total for a week was around 200.00 for a new car. We used Yes! Rentals. They were also very honest and straightforward. Everything was included, but they did hold an extra 200 for deposit which they refunded at the end.

@David Stephenson, I've rented cars in the area a couple of times. Stated prices don't usually include the insurance required that must be purchased locally and cannot legally be provided by your American/ Canadian CC. Just FYI