This Is Why Cancun Is Still Safe Despite US Safety Warnings

A resort haven where some of the world’s top hotel brands are located and the pristine, turquoise waters of the Mexican Caribbean line up the shore, Cancun draws in millions of visitors every year regardless of safety concerns. That is because it has been deemed a hotbed of both crime and kidnapping, but there may be more than one side to the story. In fact, Cancun is still a safe destination, and in this article, you will finally learn why.

The city went as far as deploying 300 army soldiers to keep tourists safe and has shown zero tolerance when it comes to crime, making the well-being of Americans a priority upon the relaunch of tourism. Is it fair that it’s come under scrutiny lately, or even that it’s had its status as a safe destination challenged by the U.S. Department of State?

Is Cancun Now A Scapegoat For All Of Mexico’s Travel Woes?

According to the U.S. Department of State, Americans should exercise increased caution when visiting Quintana Roo, the Mexican state where Cancun is located, due to ‘crime and kidnapping’ risks. The Department’s risk assessment has contributed to Cancun’s placing on the Level 2 tier of Travel Advisories, one level short of being issued a ‘Reconsider Travel’ warning.

Crime is indeed a concern across all of Mexico, especially in no-go zones where turf wars can break out, and even though incidents are infrequent, not to say rare, kidnapping is a far more specific occurrence. The fact that Cancun’s safety levels warranted a kidnapping warning from the U.S. would lead us to think that, at the very least, the practice is relatively common.

As it turns out, that is not exactly true. The whole of Quintana Roo has recorded only one kidnapping case in the entirety of 2022, debunking myths that it had Mexico’s highest amount of kidnappings per hundred thousand inhabitants in August 2022. These false claims can be traced back to previous figures released by the Alto al Secuestro anti-kidnapping organization.

The Office of the State Prosecutor itself confirmed these were unfounded, as ‘no kidnappings were recorded throughout August of this year‘. Oscar Montes de Oca, head of the Quintana Roo Attorney General’s Office, backed fellow government officials, providing further evidence only a single kidnap was documented in 2022.

Surprisingly, this didn’t even take place during the summer season, when tourists fly to Cancun en masse, naturally attracting a larger number of scammers and other criminals. Quintana Roo’s last kidnap case, as verified by the Fiscalia General del Estado, dates back to March, which renders Alto al Secuestro‘s estimates completely inaccurate.

Millions Have Visited Cancun, And Only One Kidnapping Case Has Been Reported In 2022 So Far

The organization claimed Quintana Roo had a rate of 0.302 kidnapping cases per 100,000 inhabitants, being the most dangerous destination in Mexico in that respect – much more dangerous even than Colima, Sonora, Zacatecas, and Campeche, which rounded up their top five. In reality, the rate is far lower than that, and now they’ve been officially proven wrong.

As for the March case, it is believed to be related to the disappearance of a Romanian national who was vacationing in Tulum. The foreigner went missing during a party on February 12th, though the police were only notified a month later. Ever since, no other tourist disappearances have been documented in Tulum, Cancun, or any other Mayan Riviera cities.

Tens of millions of tourists visited Mexico, and especially Quintana Roo, in 2022. Needless to say, although no disappearance should be treated with contempt, the frequency of any such event is extremely low – almost negligible. To the best of our knowledge, no other destination in the world, and surely not the United States or Europe, has been deemed ‘risky’ on the basis of an isolated crime.

So why is Cancun being targeted by the media?

Is The U.S. Department Of State To Blame?

For some reason, Cancun has taken the brunt of it, and several news outlets have been monitoring the latest Quintana Roo developments and the State Government’s every move with unprecedented scrutiny. As a matter of fact, Cancun has done nothing but ensure Americans feel welcome when visiting, being officially the first Mexican destination to de-bureaucratize borders and working around the clock to improve transit times.

On top of that, there is the already-mentioned police battalion that will be seen at beaches this winter making sure tourists do not fall victim to robbers or scams, not to mention the installation of a mass-surveillance system in tourist zones – all of this in spite of crime being under acceptable levels, and as proven above, kidnapping risks being close to non-existent.

So why, one might ask, is Cancun being used as a scapegoat for all of Mexico’s travel woes? Before answering this question, we must remind you we do not have access to the U.S. Department of State data on the crime situation in Mexico, nor what may have led them to include kidnapping as a particular risk for Americans vacationing in Quintana Roo, but one thing is clear:

There doesn’t seem to be strong criteria for categorizing Mexican states as ‘safe’ or ‘unsafe’ for travel. The Mexican Government is aware of the issue and has taken matters into its own hands by openly denouncing the U.S. stance on Mexico and challenging their advisories. Repeatedly, Mexico has asked the United States for more transparency on the matter.

Miguel Torruco, the country’s Secretary of Tourism, stated himself ‘some isolated cases of insecurity’ have been found several kilometers away from tourist zones and urged the U.S. Department of State to be ‘more specific’ when defining risks for Americans vacationing in Mexico. In Torruco’s opinion, they should ‘detail the areas’ and ‘not generalize’.

Is Cancun Safe To Visit This Winter?

Based on this conflicting information – the isolated kidnapping case and the questionable data released by non-governmental organizations – we have not been able to establish a reason for the U.S. to include ‘kidnapping’ specifically in its Travel Advisory on Cancun. Moreover, irrespective of the attacks on its reputation as a safe hub, the city is preparing for a record-breaking winter season.

While incidents cannot be completely ruled out, especially in a major city like Cancun, one must remember that risks of being mugged, or in a worst case scenario, kidnapped, are not substantially higher in Quintana Roo than anywhere else, including U.S. cities, taking into account the one-off nature of the event*.

If you’re visiting Cancun this winter, simply make sure you: 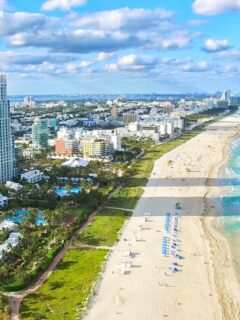 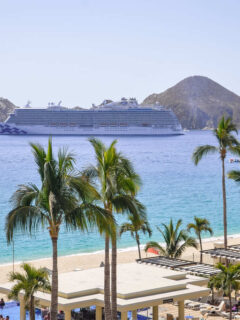 Next
Los Cabos Is Challenging Cancun For The Number One Vacation Spot In Mexico
Click here to cancel reply.