Study Reveals Destinations Where Americans Want To Travel Most This Winter

A recent study analyzed responses from American travelers to determine where they most wanted to go this winter and beyond. As the world continues to open back up for tourism, travelers worldwide are planning trips once again with confidence. The study examined responses to determine American travelers’ top three domestic and international destinations. Below are the study’s findings, with the top three international destinations as well as the top three domestic destinations according to Americans.

Mexico has had a big year, and it’s only set to get bigger as winter approaches. As a result, the country has already welcomed 36 million international tourists this year, and Cancun is preparing for a record-breaking winter as it adds over 9 million airline seats to the area. The top 5 destinations that Americans visit in Mexico are Cancun, Mexico City, Los Cabos, Puerto Vallarta, and Guadalajara. Additionally, 13.2% of the 4,000 respondents had Mexico at the top of their list of desired international destinations.

The United Kingdom has always had a special place in Americans’ hearts. Whether it’s the rich history, the charming villages, or the lovely accents, Americans flock to the UK in droves. In 2019, over 4.7 million Americans took a trip to the United Kingdom. The country has seen a sharp decline in visits throughout the pandemic. Still, it looks like Americans are ready to explore the UK again. 13.5% of the 4,000 respondents had the United Kingdom on the top of their list of desired international destinations.

Italy took the gold as the top international destination, according to Americans. As a result, 18.7% of those surveyed said it was their number one pick for most desired international destinations. Additionally, 20.4% of those who chose Italy as their top pick cited a romantic trip as their top reason for picking the destination. Indeed, Travel Off Path can attest, as Rome has one of the best luxury hotels for a romantic stay in Italy.

Las Vegas was recently named the happiest destination to vacation in the United States by Club Med. Vegas is a fantastic destination for those looking for a plethora of unique experiences, all within a relatively compact area. Highly rated luxury hotels, amazing nightlife, and surrounding nature activities give travelers a taste of everything. 12.3% of respondents said that Las Vegas was their top domestic destination, with the city’s nightlife being one of the primary reasons for its high ranking.

New York City was the second most popular domestic destination for Americans, with 14.9% of respondents placing it at the top of their list. Arts and culture, nightlife, and workcations were popular reasons for NYC’s high ranking. As one of the most popular spots in the world for New Year’s Eve, it’s no surprise that travelers are interested in visiting this winter. If you are thinking of heading there sooner, check out Travel Off Path’s reasons why fall is the perfect time to book your trip to New York City.

It should be no surprise that Florida was the top domestic destination for American travelers. Unsurprisingly, travelers love Florida for its beaches, theme parks, and great weather. 15.7% of respondents put Florida as their top domestic destination. As Americans began to travel again after years of the pandemic, Florida began to see an uptick in visitors. This caused hotel rates to go up as much as 40% as occupancy rates soared in May. Families, in particular, head to Florida, especially to go to world-renowned theme parks like Disney World or Universal Studios.

Where Will You Go This Winter?

The destinations above are some clear favorites for Americans this winter and beyond, but the options are endless. Cancun is a popular winter choice, but there are some tempting alternatives for those looking for a beach getaway this winter. Traveling to the UK in the offseason can save some serious cash, and Americans can enjoy the British Pound’s recent historic low against the Dollar. Wherever you choose, be sure you know how and when to find the best flight deals. 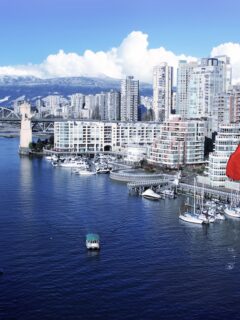 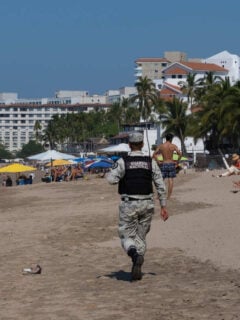 Next
This Is Why Cancun Is Still Safe Despite US Safety Warnings
Click here to cancel reply.