This Is The Happiest City To Vacation In The U.S. This Year

It seems the soaring cost of travel is no match for Sin City’s appeal. While many believed the entertainment capital would suffer heavy losses amid the cost of living crisis, when purchasing power and travel demand inevitably drop, Las Vegas has never been hotter, both figuratively and literally, being named the happiest city to vacation in the U.S. this year.

Recently, we have received reports of hidden hotel fees skyrocketing, as well as other price hikes across a number of venues as the busy destination struggled to come to terms with a surge in arrival figures, and the unstable economy. Even then, the entertainment capital far exceeded expectations, with tourism increasing by a surprising 37% in 2022 alone.

Now, Club Med has an explanation for all this Vegas love, which hasn’t faded in the slightest in spite of a turbulent year:

How Have Experts Come To This Conclusion?

Club Med is a travel operator known for offering luxury all-inclusive vacations around the world. Yearly, they reveal the world’s ‘Top 10 Happiest Holiday Destinations’, based on metrics that travelers normally take into account when planning a trip. Yes, ‘happy’ isn’t just an abstract idea: according to Club Med, it can be measured.

One of them is ‘safety levels’. As the group states, the lower crime rates are, the more ‘at ease’ tourists feel when traveling. Notably, security has been a cause of concern for Americans visiting a number of places in Mexico lately, with some major cities south of the border deemed risky destinations, including Guanajuato and Guadalajara.

Now more than ever, travelers are acting with caution. Other than the crime and safety indexes, important factors considered for the survey were:

*0.5L draught in a restaurant

Conducting the research, Med Club resorted to ‘multiple sources’, compiling data on 50 of the most visited destinations globally. For instance, their pollution, crime and cost of beer data can be traced back to Numbeo, while Tripadvisor provided the ratio for outdoor activities, day trips and availability of wellness centers.

Lastly, Nomadlist is referenced for information on the happiness levels of individual cities and their openness to diversity – namely, how well LGBTQ+ travelers are perceived, and whether there are sexually-diverse activities and events. Perhaps unsurprisingly, Las Vegas ranked at number two within the top ten – the highest-charting in the U.S. and North America.

With an index of 73.7/100 among surveyed U.S. destinations, and 67.1/100 in the international ranking, Vegas faces off heavy competition from places like New Orleans, Washington and Nashville domestically, as well as Barcelona (Spain) and Rio de Janeiro (Brazil) globally. In case you were wondering, this is why Sin City remains at the top of its game:

Vegas Love Is At An All-Time High

Vegas is simply the place to be if you’re looking for unique experiences, one of the most important items assessed on this research. Considering other data from Hostelworld, which concluded that, in a post-pandemic world, 74 per cent of travelers are favoring natural world experiences, we can definitely see why Vegas is still such a strong name.

Not only it is a global hub known for the opulence of its top-rated luxury hotels lining the iconic Vegas Strip, and lively nightlife, it is the official gateway into the Nevada wilderness. As Club Med affirms, there are over 40 outdoor activities listed in Vegas and the surrounding zones, explaining its popularity among both partygoers and nature lovers.

Within close proximity to the Grand Canyon National Park, it serves as a hub for millions of adventurers seeking to explore America’s desolate, most famous landscape. Some of the tours visitors can book through Tripadvisor include:

On the safety front, Club Med mentions it has a ‘high safety score’, corroborating other findings that the Nevada jewel is, indeed, a ‘low risk’ destination. Unlike these other five vacation spots, where the risk of getting scammed is substantially higher, you’ll be under no particularly high threat from robbers strolling Downtown Vegas.

Lastly, Vegas is an LGBTQ+ haven, featuring countless inclusive bars, clubs, and even gay resorts. It is also home to some of the nation’s most sought-after live attractions: stars like Britney Spears, Jennifer Lopez, Celine Dion, Gwen Stefani, Lady Gaga and Katy Perry, widely recognized as gay icons, all had, or still have concert residencies in the city.

Perfect for all traveler profiles, Vegas is without a question the happiest vacation destination in America, and this far outweighs its biggest weakness: low affordability. Even then, we find it unlikely those dreaming of a Vegas adventure, and carefully planning it, are doing so on a super strict budget.

After all, this is a city synonymous with splurging.

Top 10 Happiest Destinations In The World

More information on the list and its methodology can be found here. 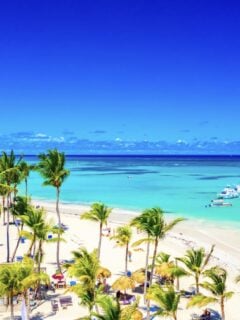 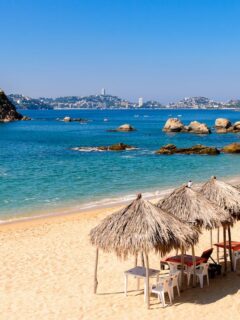 Next
Travel Mexico Like A Local, These Are Mexican's Top 9 Vacation Destinations
Click here to cancel reply.