The American airline Frontier and the ultra-low-cost Canadian carrier Swoop Airlines are set to launch new flights to the Dominican Republic in the coming months. A popular destination in both the summer and the winter, the new flights to the Dominican Republic will allow travelers to escape their colder climes in North America and head for a spot of winter sun in one of the most beautiful destinations on the planet – a place where the average temperature rarely falls below the 80s.

The Caribbean is set to be more popular than ever this winter, and the Dominican Republic will be hoping to emulate the success of Mexico with these new flights from the United States. Here’s a look at everything we know so far about the new flights that are about to be offered by Frontier and Swoop, including when they are set to start, which destinations will be served, and how frequent they will be.

The announcement of new flight routes is always exciting for travelers – and even more so when they’re heading to one of the United States’ best-loved destinations. Details about the new flights heading to the Dominican Republic were revealed just yesterday, following the authorization of 13 new routes by the Dominican Republic’s Civil Aviation Board. Split between five different airlines, the new routes are scheduled to launch between November 2022 and January 2023.

One of the 13 new flights to be authorized will be served by the Canadian low-cost airline Swoop. Headquartered in Calgary – and owned by the more established WestJet Airlines – the new route will by Swoop’s second to the country. Swoop already flies between Toronto and Punta Cana, with flights starting from around $179 CAD one way, and now fans of the airline can look forward to a second route flying to Punta Cana starting in just a few months.

Swoop is set to launch flights between Hamilton International Airport (YHM) and Punta Cana, giving travelers in the region another choice of airport to fly to the Dominican Republic. Yet whilst the airline’s existing Punta Cana connection is twice weekly, the flight from Hamilton will just be once per week, on Wednesdays. The route is set to launch in the New Year, initially set to last between January 11th to April 26th, 2023, and will prove to be a perfect respite from the Canadian winter for travelers.

Like Swoop, fellow ultra-low-cost carrier Frontier Airlines is also set to offer travelers more flights heading to the Dominican Republic this winter. The airline has requested to change its Operating Permit, a move which would see it add two more new flights from Tampa, Florida to destinations in the Dominican Republic. The airline already serves several routes in the country, including flights from Miami and Orlando, Florida to Punta Cana and Santa Domingo.

Should everything go according to plan, the flights from Tampa International Airport (TPA) to both Punta Cana and Santo Domingo are expected to start on November 5th, 2022. The flights will be conducted on Frontier’s Airbus A320neo fleet, which has a capacity of 186 passengers each. No details have been published yet about the frequency of the flights or whether the routes will be existing or permanent.

Those aren’t the only new flights that are set to further connect the Dominican Republic with the United States. The country’s own airline Air Century will be flying from both Santo Domingo and Punta Cana to Miami International Airport, starting in November. With new flights added to Caribbean destinations on an almost weekly basis, we could yet see even more flights to the country added in the coming months. 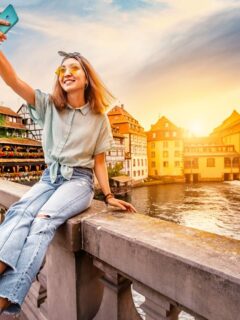 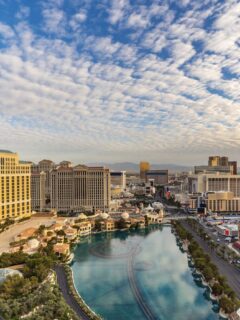 Next
This Is The Happiest City To Vacation In The U.S. This Year
Click here to cancel reply.

What about flying to Santiago (cibao) doing day time?