Digital nomadism is on the rise in South America, a continent rushing to be ahead of the curve in the post-Covid economic race. Following Brazil and Argentina, who opened the path to residence for remote workers earlier this year, now it’s Colombia’s turn to launch its own Digital Nomad Visa, with some of the easiest requirements we’ve seen yet.

A country whose natural beauties and unique culture were once spoiled by turf wars and widespread instability, which kept visitors and investors away for most of the 20th century, Colombia has successfully re-branded itself in recent decades as a leading tourist destination and major Latin American hub.

Now, it’s taking yet another bold step in revitalizing its Covid-hit economy:

Colombia Has The Most Affordable Nomad Visa Requirements Yet

Colombia may be arriving somewhat late to the party, seeing that most of its traditional competitors, including Costa Rica and neighboring Brazil, have already announced similar schemes benefiting digital nomads months ago, but it’s definitely making up for the delay with an offer many will find impossible to resist.

Starting October 22, eligible workers will be able to set up residence in Colombia by fulfilling one simple requirement: they must have a minimum $684 in available funds monthly. That’s a far lower sum than the United States’ own national minimum wage average this year, estimated at $1,256.70.

With the cost of living crisis, the surging price of fuel, and the never-ending political disputes that are rocking Washington to its core, living Stateside is becoming unsustainable for many young workers, who are now looking outward beyond their home country and joining the growing nomadism trend.

Well, lucky them, cause Colombia’s visa scheme is incredibly accessible.

Digital Nomad Visas Can Require You Make $70,000+ A Year Elsewhere

Essentially, foreigners are required to earn a nearly-negligible average of $22.80 per day to apply, an amount significantly lower than other destinations fueling the trend. In comparison, Costa Rica expects applicants to prove means of support at least $3,000 per month, or $2,316 more than Colombia’s much more modest request.

Over in Europe, perhaps the most popular continent for long-term travelers due to its unparalleled cross-border connectivity, Croatia has established a minimum threshold of $2,600 monthly, while Malta is setting the bar even higher by turning down applications of travelers whose funds do not total $3,063.39 a month. Other examples include:

As you can see, Colombia’s visa requirements are a lot easier to fulfill than those of island countries or Europe’s. Unlike other destinations that have admitted to be openly discouraging budget travel, eyeing big investors and high-spending tourists instead, the Escobar homeland is hoping to attract Europe’s shunned backpackers by removing financial barriers.

Prior to the visa being launched, Colombia was already a household name among digital nomads, who are drawn to Medellin’s bustling nightlife, Bogota’s cultural scene, the Colombian Amazon’s diverse nature and its beautiful Caribbean coastal route. The only downside? They were only allowed to remain in the country for up to 90 days.

That changes starting this fall.

As a general rule, when visiting as tourists, Americans and a majority of foreigners could only remain for three months. Still, we have had reports of nomads renewing their temporary visas for a further three, though that isn’t guaranteed and overstaying visas inevitably leads to legal difficulties when exiting or re-entering a country.

Once the new system launches, however, long-term travelers wishing to linger in Colombia will no longer have to worry about the 3-month rule, being allowed to remain in the national territory for up to two years – more than enough time to tick off the list all of Colombia’s top landmarks and discover its hidden gems.

In order to be free from Colombia’s Immigration Department’s scrutiny, eligible travelers will be probably be required to apply for the correct visa in advance, granting them permission to work remotely from Colombia. As of now, authorities have not given further information or listed other criteria that must be met.

Are There Any Other Rules For Applying?

As the system is only launching in the fall, we do not know yet of any other rules that may apply other than the minimum income. Usually, Digital Nomad Visas are issued upon presentation of:

*When seeking entry into Colombia to work as an employee for a Colombia-based company, foreigners must apply for a Worker Visa, or other similar categories instead

**Not mandatory in some cases

Additionally, if you hold a second Mercosur citizenship besides your American, British or European, or you are also a citizen of a Mercosur-associated member state, you already enjoy freedom of movement within the country, being allowed to live and work in Colombia with no requirement other than your Mercosur/Mercosur-associated nationality.

Thus, you are not required to apply for a long-term visa or Colombia’s new digital nomad visa to remain in the country. This is valid for nationals of:

The Ultimate Cheat Sheet To Becoming A Digital Nomad 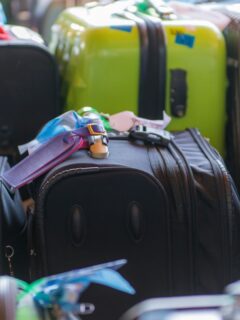 Previous
These U.S. Airlines Were The Worst For Mishandled Luggage Amid Travel Chaos 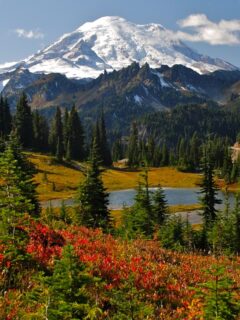 Next
Top 7 Off The Beaten Path Things To Do In Washington State This Fall
Click here to cancel reply.

I am not sure this is good for Colombians. Pretty sure there is a hidden political agenda behind this, an agenda that is bad for Colombians. Think about what type of people this will attract to Colombia. Is that really the people that Colombia want to attract? Is this Colombia's open border policy, flood the country with bad actors to destroy the country from within, like what happened in Europe and is now happening in the US.

@Dude, it's good for some Colombians, like landlords and business owners (ie: the people who the government cares about and wants to keep happy) because there will be an influx of $$$$.... it's not good for many other Colombians, though, as living prices will skyrocket (look at Mexico City as an example). Oh, and the streets will be filled with annoying "digital nomads" who call themselves "expats" taking selfies, writing their dumb blogs and living their best authentic Insta-filtered life... UGH

or get a student visa...learning spanish or what not.

@covidvaxinfo, You are not allowed to work in Colombia legally on a student visa. It is the same all over world.

I stopped reading at “The Escobar Homeland.” I’ll add this site to the block list. Nobody would disrespect the US by calling it the Al Capone or Ted Bundy Homeland.

@Decent Human, not to mention "Europe’s shunned backpackers".... oh excuse my salty white tears while I go and totally fuck up another country.....