Ever since the world reopened, flight tickets and hotel fares have seen unprecedented hikes, making international travel a lot more expensive. This can partly be attributed to inflation, a pent up travel demand and the global economic upheaval, but multiple destinations shoulder some of the blame by openly discouraging budget travelers from returning.

Tourism may be back with a vengeance now that Covid has tailed off, but overall, the travel landscape is looking a lot different than it was in 2019. Flight deals are now much harder to find, and the concept of tourist taxation and entry fees, once restricted to only a handful of hotspots, is getting increasingly common.

One way or another, the upward trend has left the entire Economy Class wondering: are we even welcome at all?

This is hardly news, but the pandemic has permanently altered the travel industry and the way tourism is conducted. After grinding to a halt for the better part of two years, the sector is still dealing with the economic fallout from the crisis. To put it simply, both aviation and the hospitality sectors are in need of a revenue boost to ride out the storm.

While some perished already in the early days of Covid, namely Italy’s former flag carrier Alitalia, other airlines are banking heavily on a surging travel demand to stave off another year of heavy losses, or even worse, bankruptcy. The aggressive profit-driven approach has resulted in jaw-dropping fare increases, particularly on popular routes.

To give an example, Paris to New York flights are now up by a staggering 62%, driven by fuel costs, the ongoing air traffic congestion, and capacity caps imposed by a number of European airports, which in turn reduce seat availability and leads carriers to pass exorbitant costs down to customers. Judging by these recent estimates, even popular winter getaways are now under threat. Goodbye, Cancun?

We hate to break it to you, but yes, low cost travel is disappearing, particularly in Europe, where these changes are already being felt. As Michael O’Leary, Ryanair’s CEO has stated, the ultra-cheap tickets that made international travel accessible to millions of travelers for years are no longer sustainable. Instead, passengers should expect to pay 50% more in the near future.

According to Benedict Bradley, a Thematic Analyst at GlobalData, ‘the rising ticket prices will only compound the current cost-of-living crisis, and those already struggling could be priced out of the travel market‘. Bradley adds that high-end travelers will not necessarily be affected, but that ‘others will have to reconsider’ their vacations in the future.

These Hotspots Are Responding By Turning Into ‘High Quality’ Tourism Hubs

Airlines are not alone in their blatant shunning of economy travelers: a growing number of destinations previously perceived as budget-friendly are looking to reinvent themselves in the post-Covid era. One of them is Thailand, a nation that has repeatedly insisted it will not pick up where it left off as a backpacker haven.

Pretty soon, Thailand will have two levels of pricing, one for tourists, another for locals, besides introducing a controversial entry fee. The Thai Deputy Prime Minister Anutin Charnvirakul has reportedly advised tourism operators to should focus on selling ‘premium’ experiences, as opposed to attracting ‘budget-conscious’ travelers.

Over in Oceania, New Zealand is also clamping down on low cost explorers, with Stuart Nash, the Tourism Minister, saying his country’s promotional efforts are now focused on big spenders. Backpackers will still be welcome, but not those who ‘put on Facebook how they can travel around our country on $10 a day eating two-minute noodles‘.

In Europe, a continent that has historically struggled with overtourism, a league of 23 European cities has urged the European Union to curtail short term rentals in a bid to disperse the crowds. More specifically, in France, visitors now need to prearrange their trip months in advance, and pay higher fees, in order to secure slots while visiting the country’s top tourist attractions.

The city of Venice, in Italy, went a step further, set to be the first to establish a ticketing system for day-trippers, on top of an existing visitor tax, which can be as much as 35 euros for a one-week stay, per person. Closer to home, even Maui is restricting access to low and middle-income groups, by limiting the operation of affordable rental platforms, such as AirBnBs, leaving travelers no option but the island’s pricey luxury hotels.

Other countries considering a ‘backpacker ban’ include Fiji, a South Pacific archipelago, and Bali, Indonesia. Luhut Binsar Pandjaitan, Indonesia’s Coordinating Minister of Maritime and Investment Affairs, has been quoted saying the country ‘aims for quality tourism’, and they won’t allow backpackers to enter as easily once the country has fully reopened.

What Can Travelers Do To Reduce Costs While Traveling From Now On?

One thing all of the aforementioned have in common, in spite of the different set of measures? They are clearly targeting low cost travel by raising visitor expenses. Coupled with the surge in ticket prices, these measures have the potential to suppress affordable tourism. Moving forward, we strongly encourage travelers to: 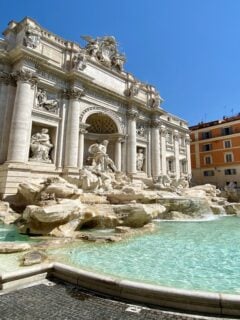 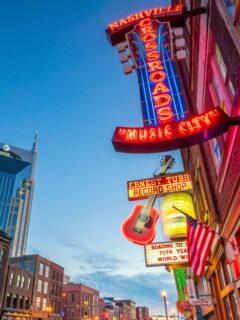 Next
Top 7 U.S. Destinations Americans Are Traveling To This Fall
Click here to cancel reply.

Even though we can afford to be "big spenders", we appreciate the value of a dollar. If a country wants us to force us to experience their wonderfulness while staying five star, we will go elsewhere. I don't need to see the canals or the Mona Lisa on their terms, only on mine. They will find out soon enough that budget travelers are really the bulk of those visitors and while they don't spend as much individually, their numbers add up to big tourist bucks. Best not to piss off people who have waiting a long time to travel.

Suddenly many countries becoming so picky and targeting rich travelers only. Who do they think is going to come? Biden on his bicycle?

It’s the new world order. But don’t worry, the resourceful will find a way to travel despite what Herr Schwab wants for us. I refuse to have my freedom of movement prevented by anyone.

Misleading article. Isn't there data that suggests the opposite trend?

Altough real, cherry-picked examples. Ignoring the data that contradicts the conclusion of the article.