The Department of Transportation (DOT) has compiled an illuminating report which highlights the most reliable airlines in the United States amid a prolonged period of mass travel delays. With airlines canceling or delaying flights in their thousands for several months now, it’s hard to find a traveler that hasn’t seen their travel plans either affected or completely ruined. With the help of this report, travelers will know which airlines they stand the best chance of not having their vacations affected with.

As the chaos surrounding the travel industry shows little chance of slowing down as we enter what’s expected to be a frantically busy fall and winter travel season, doing the research on which airlines are the most reliable has never been more worthwhile for American travelers. Here’s a lot at what the DOT has to say about the messy situation that travel finds itself in, plus a look at what the report has to say about the significant rise in customer complaints over the past few months.

The handy travel report published by the DOT, called the Air Travel Consumer Report, was published on their website on Friday, August 26th. The report took into account airline operational data compiled for the month of June and for the second quarter of 2022, providing data on issues such as the on-time performance of airlines, the number of consumer complaints received, mishandled baggage claims and mishandled wheelchairs and scooters.

As a whole, the airline industry in the United States scheduled some 602,057 scheduled flights in June, of which 18,473 (3.1%) of which were canceled. Whilst those figures may not appear particularly high, the previous month, May, saw just 2% of all flights canceled, whilst June last year saw only 1.6% of their flights canceled. With almost twice as many flights canceled compared to last year, and the appetite for travel growing, the figures are bound to concern travelers with travel plans this year.

However, some airlines performed notably better than others. Hawaiian Airlines had the fewest canceled flights, with just 0.1% of their scheduled flights being canceled. Alaska Airlines was close behind with just 0.7% of their flights canceled, whilst Frontier receive the bronze medal with a cancellation percentage of just 1.1%. For travelers looking to get away, those are the airlines they should be booking with to minimize the chance of their vacation getaways going up in smoke.

Yet what Delta lacks when it comes to flight cancellations, they make up for with on-time arrival. The DOT reported that Delta saw 78.4% of its flights arrive on time – slightly below the best performing airline Alaska with 78.7%, and just in front of Hawaiian, which had an on-time arrival rate of 77.2%. The three worst offenders in this category were Allegiant Air, 59.0% JetBlue Airways – 61.3% and Frontier Airlines, with on-time arrival rates of 59%, 61.3% and 69.5% respectively. If travelers have connections or bookings they need to meet, Hawaiian and Alaska look like the way forward.

All those cancelations and delayed flights led to a shocking increase in the number of complaints handled by the DOT, with the 5,862 received by the department representing a 270% in the overall number from the same time period before the pandemic in 2019. Most of these complaints concerned cancellations, delays, or other deviations from airlines’ schedules, whilst a significant volume were also related to refunds. There was also an increased number of complaints regarding the treatment of travelers with disabilities and discrimination, whilst the mishandled baggage figures also showed an increase – further cementing the idea of traveling with carry-on only. 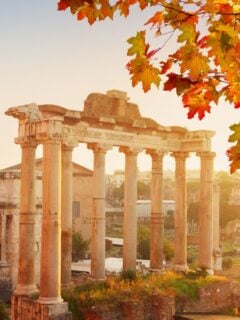 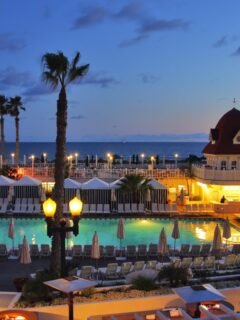