Digital nomadism may be the number one trend worldwide right now, but it’s clear some destinations are far outpacing others when it comes to adapting to this reality, simply by loosening their once-strict immigration curbs, or even launching new visas for the category. Now, the numbers are in, and this one tiny country has ticked all the boxes, being crowned the best for long solo travel in the post Covid world.

Taking into account the extent of its natural wonders, which include natural reserves and pristine Caribbean and Pacific coastlines, and a strong economy that’s among some of the fastest growing in the Americas, it’s no wonder it came out ahead of other traditional nomad havens, including Indonesia and Thailand.

At last, Costa Rica is getting the recognition it deserves:

A Gem Of Central America Growing In Popularity By The Minute

Out of 14 destinations listed by Elite Daily, Costa Rica came out ahead as the best place to travel ‘for a month alone’. In order to reach a consensus, the team talked to experts at Next Vacay, Expedia and Hotels.com, who shared some of the tendencies in travel they’ve been noticing in recent months, and looked at other relevant data that pointed to Costa Rica as the definitive winner.

According to Elite Daily, these renowned platforms agreed on naming Costa Rica the world leader in long-term solo traveling. In fact, Expedia claims it beats all the others to the number one spot as it is ‘equal parts nature-filled serenity and one-of-a-kind adventures‘. Again, these remarks highlight Costa Rica’s strong appeal among nature seekers.

Other recent reports by the booking platform Hostelworld.com seem to support Expedia’s statements, after it concluded that 74 per cent of solo travelers listed ‘natural world experiences’ as their top priority going abroad following Covid. Unsurprisingly, a growing number of them is feeling a magnetic pull to Costa Rica, and Central America on an extent, due to the wild nature found there.

What Makes Costa Rica So Attractive To Solo Travelers?

More specifically, Costa Rica fills in all of the following criteria:

*It is an incredibly well-connected hub, boasting flight connections to numerous destinations in the United States, Canada, and across the entire Caribbean

Additionally, living in Costa Rica is much more affordable than living in the States or Europe. Americans can comfortably spend a whole month living on a $2,000 budget, or even a much-lower $1,500, depending on overall spending and accommodation choices. Seeing that rent in Costa Rica tends to be roughly 71% lower as well, we can definitely see why solo travelers are flocking into this Central American gem.

What Are Some Of The Country’s Highlights?

Although it is fairly small compared to the likes of the U.S. and Mexico, Costa Rica has 27 national parks within its national territory, besides being home to roughly five per cent of the world’s entire biodiversity. Yes, it is famous for the extent of its jungles, but cloud forests, dry forests, rainforests, coral reefs and many other wonders also enrich the country’s natural treasures.

The lively capital, San Jose, rivals fellow urban centers in the region, such as Panama’s Panama City and and Nicaragua’s Managua, offering visitors a mix of Spanish colonial architecture and modern 21st century metropolis. More importantly, it is the gateway to Costa Rica, being served by the San Jose International Airport, and linked by bus to numerous destinations across the country.

One Downside: Somewhat Slower Internet Compared To The U.S.

On the downside, at least for nomads looking to stay a while longer, Costa Rica has a less-than-impressive fixed broadband speed, with Speedtest ranking it at number 63 globally, at 53.67 Mbps. It still fares better than its strongest competitors, like Mexico (number 77) and Belize (number 86), but it’s well behind the U.S. (number 8) and Canada (number 22).

That’s not to say internet is unbearably slow in Costa Rica. It is, after all, in the same league as the wider Caribbean, and even faster than Mexico’s. So don’t worry, you’ll get your job done as decent, reliable Wi-Fi is available in a majority of settings – except when you’re out there braving the jungle. In that case, we recommend you buy a local SIM.

Other destinations that have featured on Elite Daily’s list include:

Out of the above countries, only Costa Rica, Belize, Bali and Thailand have digital nomad visa agreements in place, allowing long-term travelers, including Americans, to live and work freely in the country as long as their source of income originates from abroad and certain financial requirements are met. Others like Portugal and Hungary have announced plans to launch their own in the near future.

Americans Can Travel To These 186 Countries Visa-Free In 2022 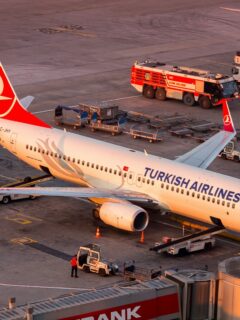 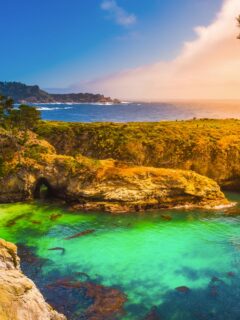 Next
Top 8 Reasons To Visit The Charming California Town of Carmel
Click here to cancel reply.

Greece has a DN visa too. It just isn’t tax friendly.