Two more new non-stop flights are set to leave the United States bound for Turkey, as the ambitious Turkish Airlines looks to build on its route offerings both for the United States and to several other destinations around the world. The latest announcements come just a few months since the airline’s previous expansion into North America, following the addition of a new flight service to Seattle that launched in June.

Located between the three continents of Africa, Asia and Europe, Turkey has long since been a popular vacation spot for travelers from all over Europe, but has also recently begun trending with travelers from other parts of the world too – making it the perfect time for the airline to launch a series of new routes. Here’s everything we know so far about the airline’s new routes to the United States, plus a look at why the country is one of the world’s must-visit destinations at present.

Turkish Airlines has revealed that they will soon be launching two new, non-stop flights to the United States, giving American travelers even more options when it comes to visiting the enchanting destination that seems to be on everybody’s lips at the moment. From the airline’s main hub at Istanbul Airport (IST), Turkish Airlines will soon be flying direct flights to both Denver, Colorado (DEN), and Detroit, Michigan (DTW).

The addition of the new U.S. flights was revealed during the presentation of the results for the first half of the airline’s financial year to June 30th. Whilst there have not yet been any further details published about the frequencies or start dates of the flights to Denver and Detroit, their addition to Turkish Airlines’ catalogue of flights will be viewed as a positive step in the right direction for the travel industry, and are bound to get travelers excited about potential trips to the country.

The addition of the two new U.S. routes will be the airline’s fourth expansion into the country in just over a year, following on from the launch of routes to Newark (EWR) in May 2021, to Dallas-Fort Worth (DFW) in September 2021, and to Seattle (SEA) back in June of this year. It takes the airline’s total number of routes to the U.S. up to 12, two more than the 10 destinations served back in July 2019, offering a total of more than 88,000 two-way seats between the two countries.

The airline is rapidly expanding its operations following years of pandemic-related disruptions, with the following international flights also planned by the airline:

The ability to fly easily between top European destinations such as Italy, France and Spain, and Turkey, could make for some unforgettable vacation possibilities in the future.

As regular users of social media will know, Turkey is one of the most aesthetically pleasing, Instagram-able destinations in the world, leading the country to become one of the most in-demand places to visit this year. Istanbul, the leading destination for tourists in the country, was recently crowned the third most popular city in the world according to TikTok, with the stunning city attracting around 17 billion views on the platform.

It’s easy to see why – whether it’s horizons adorned with minarets, hot air balloons, or stunning natural scenery, Turkey is undoubtedly a pretty country, but its beauty is more than just skin deep. A truly transcontinental destination, Turkey is a melting pot of culture and experiences that few other destinations can match – wrapped up in cities that are safe, affordable and simply unforgettable. From archaeological sites to modern hotels, and from bazaars to supermalls, tradition and modernity are equally embraced in Turkey, ticking the boxes for all kinds of travelers. 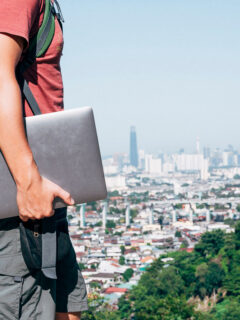 Previous
The Ultimate Cheat Sheet To Becoming A Digital Nomad 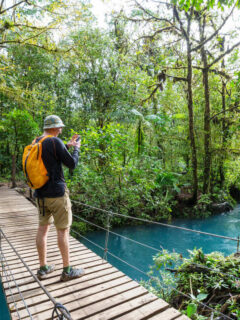 TK became popular with americans because Turkey was the only country that never closed completely or required the ridiculous jab. And TK was the only way to access europe. I've flown on TK more times than I can count over the last 2.5 years and prior to that, never been on TK.