Cancun Tourists Could Be Inspected By Police As Security Tightens

Those scheduled to arrive in Cancun in the next few weeks might be welcomed with the unsettling sight of police officers patrolling tourist areas in ATVs. In fact, as security in the state of Quintana Roo ramps up, following reports of heightened violence in the region, tourists might even get scrutinized themselves.

Although a personal favorite among many who fly to the Riviera Maya for sunny getaways, Cancun has been struggling with a number of issues lately, ranging from higher Covid levels to increased crime activity. In a dramatic turn of events, the U.S. Consulate General in Merida even urged Americans to exercise more caution when traveling to Cancun.

Cancun is one of the most visited, if not the top, resort destination in Mexico. It is no secret that flying to Cancun Airport can be quite the experience, with on-arrival bottlenecks being an indicative of increasing demand for the Riviera Maya. Although authorities are already working towards streamlining border control for millions of Americans visiting, that is far from being Cancun’s only concern these days.

As reported by Riviera Maya News, police have started patrolling hotel zones around Cancun, as part of their Beach Reinforcement program. Mounted on ATVs, officers have been deployed by authorities with hopes of preventing criminal activity on beaches and combatting any “administrative misconducts”. For that reason, tourists should be aware surveillance in Cancun beach will be constant.

As part of the measures introduced to reduce crime levels, the battalion could be performing random inspections on sunbathers, both residents and visitors alike. With millions of Americans and Canadians flying to Cancun and other Riviera Maya hotspots throughout the busy tourist season, they are also not exempt from being approached by officers.

Recently, Cancun and neighboring destinations in the Mexican Caribbean have been plagued by several reports of gang activity. While gangs, or cartels, have been known to operate in the area, their feuds are now impacting safe tourist areas, including leisure complexes, raising questions regarding the security of visitors.

After two Canadian citizens, who might have been engaged with organized crime, were executed at the popular Xcariot Hotel, near Playa Del Carmen, Mexico as a whole has been on high alert, sending the National Guard to protect tourists. With that in mind, it hardly comes as a surprise Cancun officials are willing to go the extra mile to tighten security and protect the city’s reputation.

However, conflicting reports of corrupt police extorting tourists in nearby Tulum might also cause concerns, as police sweeps are set to affect visitors. According to La Jornada Maya, a French tourist was forced to surrender their driver’s license and coerced to pay officers in cash due to allegedly speeding.

Although the corrupt law enforcers have already been identified, the incident has prompted fears police misconduct might also be an issue for Americans visiting, especially when surveillance will tentatively increase. As aforementioned, the U.S. mission in Merida also warned Americans of “security incidents” in Cancun, Playa Del Carmen and Tulum.

Citing crime and high Covid levels, the United States has been quick to issue a “Do Not Travel” warning for Mexico, further narrowing Mexico’s path to becoming the most visited country in the world during the pandemic era. In spite of worrying trends, most visits to Mexico are trouble-free, with the Mexican Caribbean offering warmer weather and pristine beaches all-year round.

With open borders and welcoming all categories of travelers without testing or pre-departure registration, including the unvaccinated, Mexico is surely looking to maintain an open economy while boosting traveler confidence. As stated by the State Governor, Carlos Joaquín, Cancun and other cities in Quntana Roo will remain open and no further lockdowns are planned.

He has remarked that locals must learn to live with the virus and “not think about closing the economy again”. This week, Joaquín also downgraded Cancun from alert level “orange” to “yellow”. In Mexico’s traffic light system, green is the optimal scenario, with yellow, orange, and red indicating progressively higher Covid rates.

At yellow, restaurants, clubs, and bars are allowed to operate outdoor spaces or patios up to 85%, and indoor seating is limited to 70%. While the surge in Omicron infections seems to be wavering, security is still a pressing matter for authorities, with more developments expected in the coming months.

Top 10 Vacation Destinations In Mexico for 2022 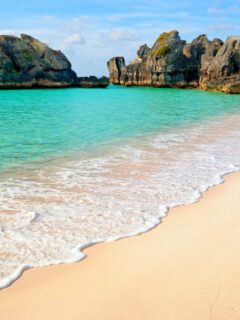 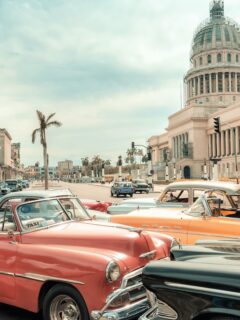 Next
U.S. Issues Level 4 'Do Not Travel' Warning For 7 More Countries
Click here to cancel reply.