These unique North American cities will make you feel as if you’ve been transported to Europe.

Most cities in North America are very new in comparison with their European counterparts, and they lack the Old World charm that can only be found across the Atlantic.

These are five cities in North America that feel like visiting Europe:

Quebec City tops the list of the most European-feeling cities in North America. It’s no surprise that this Canadian city has a strong European feel to it, given the French influence on Quebec.

Known for its rich history, cobblestoned streets, and beautiful architecture, Quebec City is a slice of Europe in North America. Adding to the sensation that you’re actually in Europe is the fact that 95% of Quebec residents are French speakers.

One traveler was amazed by the parallels between Quebec City and other European destinations such as Switzerland, Germany, and Austria. Quebec City is a top destination for food, arts, and culture in Canada.

For one of the most unique places in the Pacific Northwest, head to Leavenworth, Washington. This town will make you feel as if you’ve stepped directly into a quaint Bavarian village.

Leavenworth, which is located in the Cascade Mountains, didn’t always have its unique German theming, with Alpine-style buildings and German beer halls. It actually began as a civic initiative in the 1960s to attract tourists.

Now, Leavenworth is a popular winter destination, when the town is transformed into a winter wonderland filled with twinkling lights. They are also known for hosting Oktoberfest in the fall.

Solvang is one of the most intriguing places in the United States. Visitors to this town might find it hard to believe that they’re actually in Southern California and not Denmark.

That’s because Solvang is known as the “Danish Capital of America.” Settled by a group of Danish Americans in the early 1900s, they wanted to escape the cold winters of the Midwest, where most Danish immigrants lived.

Solvang has a unique Danish-style architecture and flair that cannot be found anywhere else in the U.S. The Elverhøj Museum of History & Art explores the city’s Danish heritage. The town is also known for its many wineries, making it a popular day trip in Southern California.

Mexico City is a bustling, world-class city that rivals any European capital. It’s a vibrant and multicultural city known for its architecture, museums, food, nightlife, and culture.

European influence can be glimpsed around the city. Picturesque, tree-lined avenues in neighborhoods like La Condesa and Roma Norte lend an especially European feel to the city.

Mexico City is often compared to Paris because of its status as a hub of arts and culture. It’s not hard to see why many artists, writers, and filmmakers have been inspired by Mexico City over the years.

The city of Guanajuato is often described as one of the most beautiful cities in Mexico. Its colonial architecture and colorful buildings give it a decidedly European feel.

Narrow, mazelike alleyways open up into squares with stunning churches, while underground, Guanajuato has a hidden system of tunnels dating back to its copper mining history. These tunnels are open to tourists today and are one of the most interesting things to see in the city. 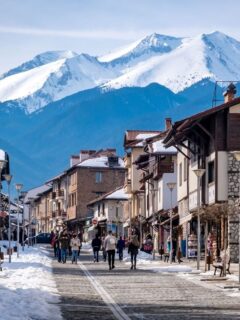 Previous
Here's Why Digital Nomads Are Flocking To Bulgaria This Winter 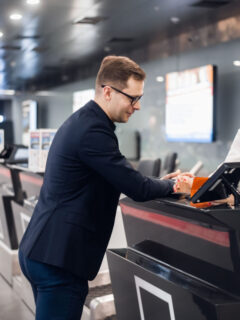 Next
U.S. Requirement For All Travelers To Have REAL ID Pushed Back
Click here to cancel reply.