7 New Reasons To Visit California In 2023

As if California didn’t need more reasons to visit with its Golden Gate Bridge, star-spotting in Hollywood, Chardonnays, and surf beaches – the Golden state is now adding 7 more reasons to visit in 2023. California will be opening 7 new attractions that range from theme park experiences, cultural centers, reimagined time-honored classics, and Instagram-worthy museums.

First-time visitors and residents will all find something new and exciting to explore in 2023, with even more to be announced next year. Check out the 7 new reasons to visit California:

California is getting the first SUPER NINTENDO WORLD in the country where guests will be able to experience the Nintendo world of Mario, Luigi, and Princess Peach. This highly anticipated and immersive themed land follows in the footsteps of the successful SUPER NINTENDO WORLD, which opened in Japan.

According to Nintendo, “the immersive land will be a visual spectacle of vibrant colors and architectural ingenuity located within a newly expanded area of the theme park, featuring a groundbreaking ride and interactive areas, to be enjoyed by the whole family. Themed shopping and dining will enhance the entire experience.”

Nearby, Universal will also be opening the Toothsome Chocolate Emporium & Savory Feast Kitchen which is a 19th-century themed full-service restaurant and bar that creates culinary alchemy with chocolates, milkshakes, and sundaes.

Disney is celebrating its centennial anniversary, marking 100 years since the magic of Disney came together. Disney has touted this as the largest cross-company global celebration in its history with planned events throughout the year and the main celebration taking place at Disneyland Resort.

Kicking off on January 27, the resort will feature two nighttime shows—World of Color – One and the new fireworks show Wondrous Journeys. From new décor to specialty food and decked-out character outfits, the resort will also bring back the much-anticipated return of the Magic Happens parade in spring.

This year will see the debut of the longest and fastest straddle coaster on the West Coast. The ride resembles a snowmobile and takes adventures on a rescue mission for Arctic animals that are being poached. With 2,800 feet of track and speeds of up to 40mph, this will be one thrill ride to try.

The very first flywheel-launched rollercoaster in the world is getting a refresh with exciting new thrills, where the ride goes up to 55 mph with a 360-degree loop. It’s the oldest shuttle loop roller coaster that is still in its original location, positioned there since 1978. The farm will also reopen its new Fiesta Village in summer 2023 with new décor.

The Agua Caliente Cultural Plaza is a new attraction opening in 2023 that will feature a museum that celebrates the history and culture of the Agua Caliente Band of Cahuilla Indians, as well as a state-of-the-art spa that showcases the tribe’s hot mineral spring. The plaza which also contains an outdoor oasis trail has a unique design that was inspired by the Agua Caliente’s traditions, as well as the surrounding natural landscapes, such as the rock formations, canyon streams, and California’s native palm trees.

The Sausalito Center for the Arts – Marin County

Set to open in early 2023, the Sausalito Center for the Arts is nestled along the iconic waterfront street of Bridgeway and will celebrate the Marin community through diverse artistic expressions and all forms of art. The center will also offer a rooftop bar with beautiful views of the bay.

California is getting another optical illusion museum, but this time it’s the biggest global chain of private museums, the Museum of Illusions. Known for its blend of education and entertainment, the 10,000-foot square museum will be opening in San Diego’s Gaslamp Quarter and will feature optical illusions, brain-puzzling exhibits, 3D holograms, and interactive illusion rooms for the whole family to enjoy. 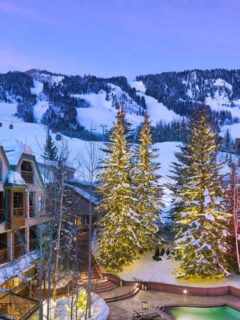 Previous
Top 8 Places To Stay In Aspen, Colorado This Winter 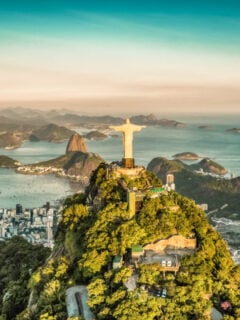 Next
10 Countries That Still Have Travel Restrictions Entering 2023
Click here to cancel reply.