Despite the industry shortages and recent travel woes, this has been an exciting year for aviation. Following two years of closed borders, the world has finally reopened for tourism, strengthening air bridges between different nations, and even paving the way for new airlines to emerge. One of them is the Toronto-based low cost carrier Canada Jetlines.

Nearly a decade after plans were first introduced, Jetline has finally obtained an AOC license from Transport Canada, the regulatory entity responsible for the country’s public transportation. An AOC stands for Air Operator Certificate, a document required for airlines looking to establish a base in Toronto Pearson International.

Having attained its AOC, it has been given the green light to start operating, and three destinations have been added to the flight map already:

Flying Internally In Canada Is About To Get Much Cheaper

Jetlines’ debut flights will depart from Toronto Pearson on August 29, headed for Winnipeg and Moncton. It is worth mentioning the launch should have happened sooner, and had been delayed for nearly a month while the airline waited for Transport Canada to issue the AOC. Now that it’s proven successful, the inauguration will be going ahead as planned.

So far, 3 destinations have been confirmed:

*Also being used as a base in the future

As can be noted, these are all domestic, aimed at increasing connectivity between the major hub that is Toronto Pearson and other smaller airports across Canada. Nevertheless, this is only the beginning for Jetlines, with the airline confirming in a statement they would be ‘shortly’ announcing new routes and ‘updated scheduling’.

Where Is Jetlines Potentially Expanding To?

If Jetlines’ website is any indication of what lies ahead, what with the illustrative images of vacationers chilling by the seaside in tropical locations, we can expect more exciting news in the near future – including, perhaps, flights to some of Canada’s favorite Caribbean spots. It is worth noting that, despite the huge hint, this is only speculative.

As far back as 2019, they had secured slots with the hubs below:

What Sets Jetlines Apart From Other Low Cost Companies?

Regardless of the lack of more precise information concerning future routes, the Jetlines brand has been originally presented as Canada’s ‘first true ultra-low cost carrier’ (ULCC) as early as 2013. Although Canada is already home to some low cost airlines, including WestJet, Transat and Flair, these have never actively pursued Jetlines’ business model.

All of the aforementioned offer customers cheaper tickets when flying to popular destinations, including Mexico and Costa Rica. Still, they have more amenities than the self-proclaimed ‘ultra-low’ cost. Yes, you can book a Flair flight to Cancun at the lowest possible fare of $109, but add-ons remain available for a fee, such as extra meals or comfier seats.

On an airline like Jetlines, these are more limited, or even non-existent, making travel in turn much more economical as savings on catering and extra services are passed on to customers. To draw a comparison, another ULCC is launching from the Dominican Republic, selling seats for as low as $55 on a number of Caribbean routes.

They are $54 cheaper than Flair’s most attractive offer, and seeing that Jetlines is proudly wearing the ULCC badge, we would expect rates to be similar, or even lower. Interestingly, that’s not the case with the already-announced intra-Canada flights: flying from Toronto to Moncton, customers can expect to be charged $165 at the lowest fare, one-way.

Similarly, Toronto-Winnipeg flights will cost $130. At the minute, the long-anticipated international routes are yet to be announced and thus fares are not available for comparison.

What Are The Available Fares?

The available fares are the following, in order of least expensive, to more expensive:

On JetLite, passengers will be charged extra for checking bags and selecting seats ahead of check in ($45). Furthermore, changes also not allowed and cancelation on the customer’s part does not entitle them to a refund. On the other hand, JetPlus allows changes for $50 and pre-check seat selection for a more affordable $25, though cancelation is still non-refundable.

Changes are possible on JetFlex for the same rate as JetPlus, with the only visible differences being customers can check in one bag, and cancel their flights for $50. Lastly, a JetLines seat comes with two hold bags, free changes and a $20 credit for onboard purchases. Even then, canceling will cost $50.

To ensure you get access to Jetlines’ upcoming flight deals, make sure you visit their online page. 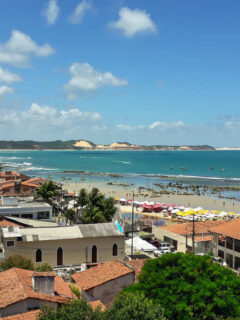 Thanks for the good news, Vinicius. Great post and fantastic pics. I'm forwarding your post to my friends in Canada. It's always nice to save some $$$$$ from not booking with the major airline carriers & avoiding their 'nickel & dime'add on fees (extra bag, premimum economy for more leg room, select seats in advance, food and the list goes on.

@Michael Z, NYC USA, You do realise that unbundling of add-ons means that you don’t pay the federal aviation taxes on these extras? Also you get exactly what you want, nothing more, nothing less.